When a young bird has to compete with the rest of its nest-mates for food they cannot afford to turn up their bill at anything that is brought in. Be first, reach highest and call loudest, that is the road to fledging success. Unless of course you are a cuckoo and have already eliminated the competition. 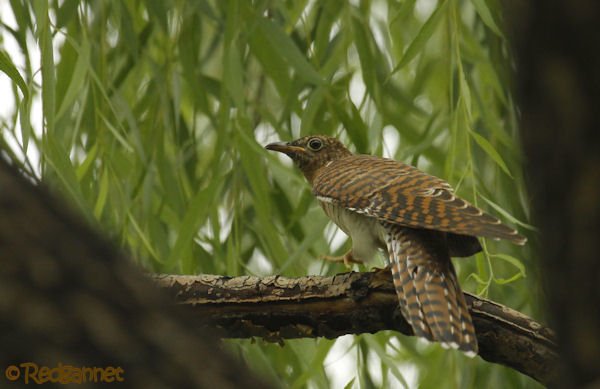 A single chick fledged from the Oriental Reed Warblers‘ Acrocephalus orientalis nest, but my, what a big one!

A female Common Cuckoo Cuculus canorus will have taken an egg from the warblers’ clutch and replaced it with her own. She will then have left to seek another host, never to see her offspring hatch (the bird below is a male). 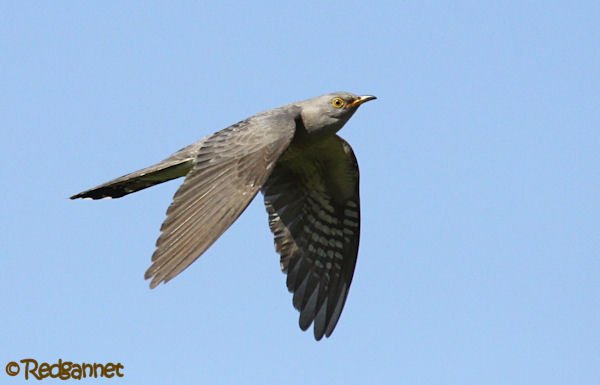 Once hatched, the tiny, blind chick heaves the other eggs over the side of the nest, leaving the parents with just itself on which to pin all their breeding hopes for the year. But with two of them feeding a single chick, it grew and it grew. They must have been very proud. 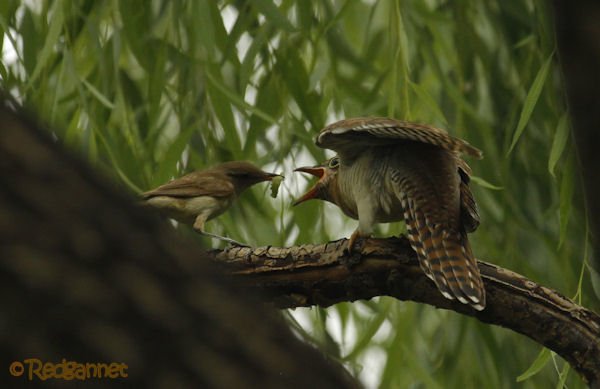 In time it successfully fledged thanks to the continual supply of caterpillars by both parents. The youngster, for its part, kept up a continual shrieking to let them know where to find it.

There was a point at which one of the parent birds stopped and looked at their pride and puzzlement as if to say “More? Really?” 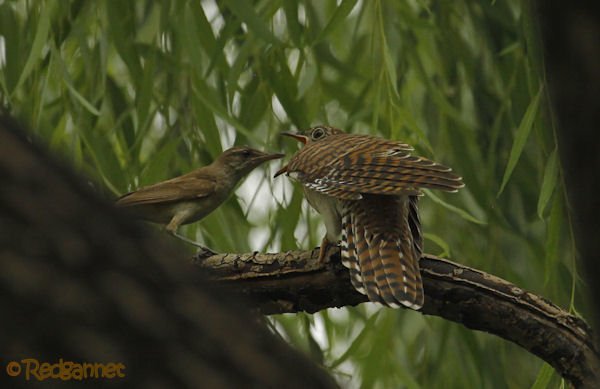 As long as the caterpillars kept coming, all was well. But when a dragonfly was offered, everything went quiet (for all you oders, it was a Blue Dasher Brachydiplex chalybea, a libellulidae common across much of Asia. Slightly tangy, I’m told). 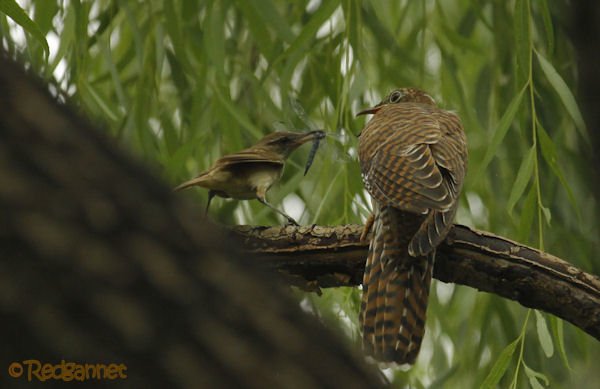 The young cuckoo looked repulsed and drew back from the proffered morsel. The warbler insisted and kept trying to entice its chick to feed. The cuckoo responded in stereotypical style by turning its head away. 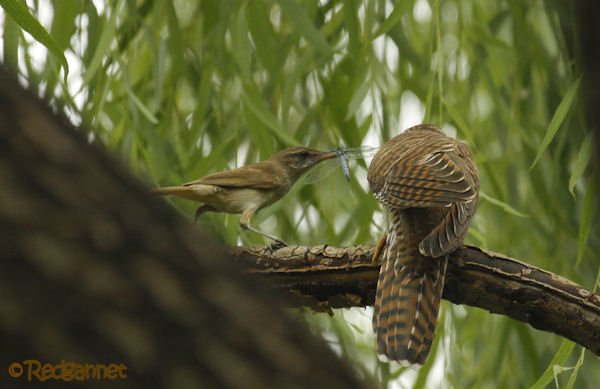 I wish I could have heard the “choo choo” noises as the train went into the tunnel. I am convinced that I heard a resigned “I’ll eat it myself then”, or perhaps a tale about the poor cuckoos in other parts of the world that would love to have a dasher. I would have weakened and tried it, but the young cuckoo was more resolute than me. 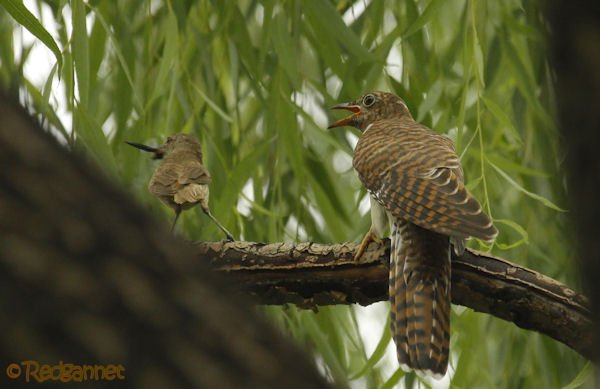 It was the age-old trick of denying the child of something that it doesn’t actually want (we’ve all tried that one right?) that eventually coaxed the cuckoo to take it.

This series of shots was taken in Beijing at the Agricultural Exhibition Centre Park.