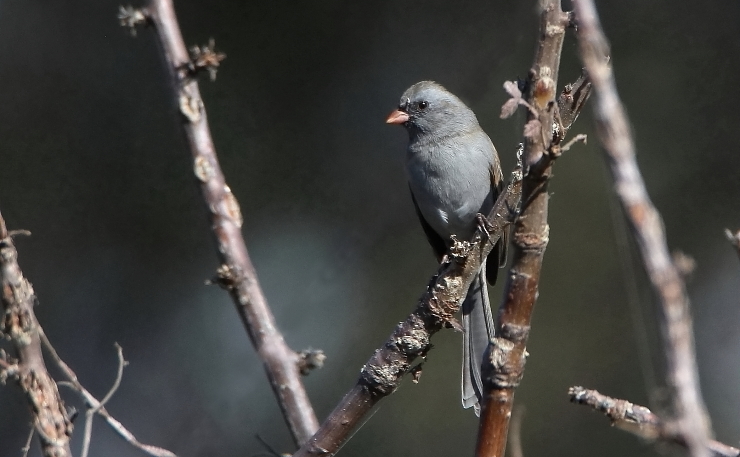 One of the reasons that I usually start each year’s species list with a visit to the wetlands of Lake Cuitzeo is that the site offers so many species that I can find nowhere else. My second site for the year, Las Mesas, is attractive for the opposite reason: It brings together species from such a wide range of other sites, but all in one place. So off I went to Las Mesas on January 10th, to enjoy its blend of water, highland thorn forest, mixed woods and brush, and mature pine forest. And to add to my new year list, of course.

This time of year, the thorn forest around the town’s small reservoir has painted itself in dry-season tones of gray, brown, and tan, with only a bit of green to brighten things up. So it is odd that this rather drab landscape would host some of our most colorful birds.

There were Vermilion Flycatchers, of course.

Even in winter, this Indigo Bunting shows a lot of indigo.

A Black-vented Oriole, just showing off

Not all the colorful species have feathers.

I’ll choose to say that gray is also a color, as a shout out to the gorgeous Black-chinned Sparrow at the top of this article.

Quick quiz: How do you know a Thrasher is a Curve-billed Thrasher? Hint: It’s not the curved bill. Lot’s of Thrashers have curved bills, some much longer than this one’s.

There are several, almost identical, species of Flycatchers in the Myiarchus genus. You can tell this one is an Ash-throated Flycatcher by the gray sides and tip of its otherwise rufous tail. Once again, the ashen throat is not particularly helpful for identification.

Lately, I’ve seen Crested Caracaras showing up in all sorts of unexpected places, and Las Mesas was not an exception. I’ve said it before, but this large raptor with the massive, eagle-like bill is not a Hawk or Eagle, but a genetic Falcon.

Las Mesas is a great place for Hummingbirds, especially as I move away from the thorn forest. On this outing, the Broad-tailed Hummingbirds put on the best show.

When I reached the woods, I once again again marvelled at how much Ruby-crowned Kinglets and Hutton’s Vireos look like each other, in spite of being from entirely different families:

There were, of course, many other birds seen that day. My species total for the day was 61, bringing my 2022 total to that date to 124. 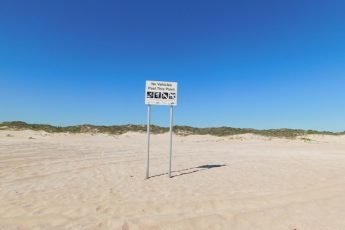