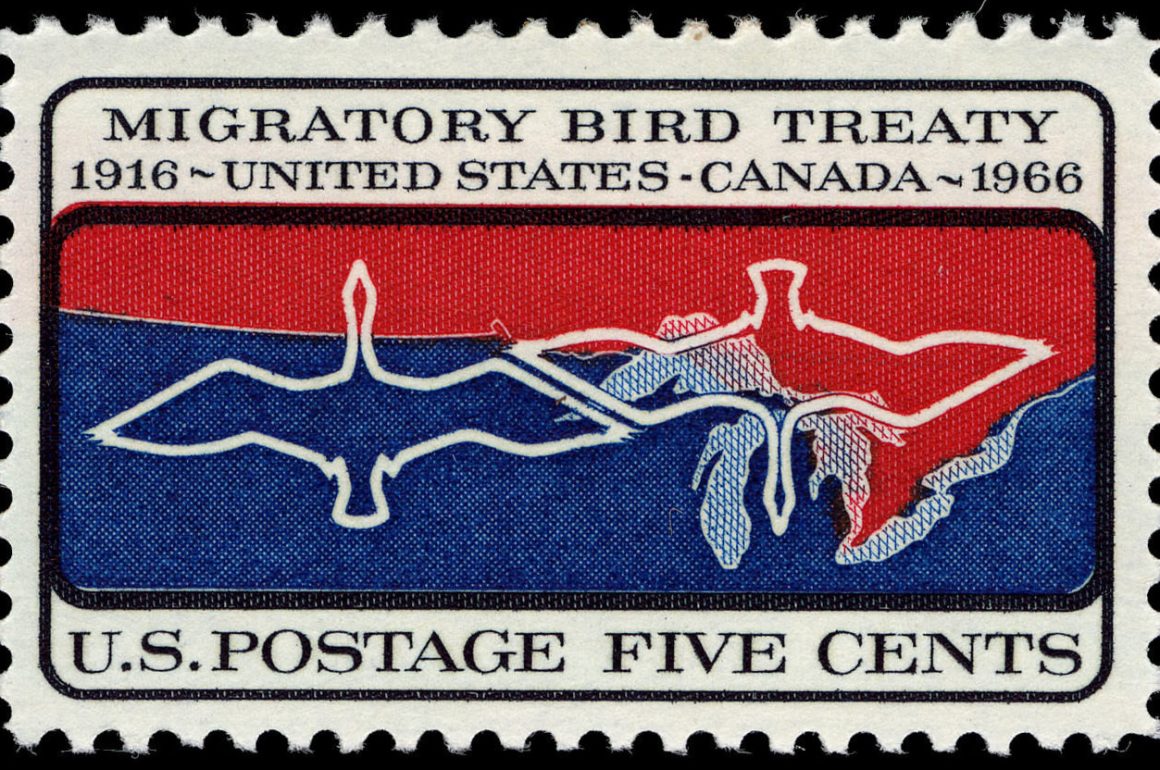 As described in prior posts, the Trump Administration spent four years attempting to change the interpretation of the Migratory Bird Treaty Act (MBTA). The changes revolved around something called “incidental take,” which is an activity that harm or kills birds incidental to its purpose. For example, wind turbines are designed to generate electricity, but they incidentally strike eagles and other birds.

The Trump Administration advocated an interpretation that put “incidental take” outside the scope of the MBTA. Under the proposed rule, the U.S. Fish and Wildlife Service (FWS) would have had no authority to regulate or otherwise influence such actions. And it would have hindered the ability to impose fines for environmental disasters such as the BP Deepwater Horizon Gulf oil spill.

The final rule to implement this position was published on January 7, 2021, after the election but before the inauguration of President Joe Biden. The rule (the “January 7” rule) had a checkered history, as it was based on a legal opinion that was held invalid by a federal court, and the FWS environmental impact statement had determined that the rule would have a negative impact on both birds and the environment. Public comments were overwhelmingly opposed. Canada, one of the parties to a treaty with the United States, also stated its concerns.

Nevertheless, on its way out the door, the Trump Administration published the final rule. The Biden Administration promptly delayed implementation of the rule and withdrew the legal opinion on which it was based. However, Congress did not use the Congressional Review Act to invalidate the rule.

The proposed rule summarizes the history of the rule and states:

We have undertaken further review of the January 7 rule and have determined that the rule does not reflect the best reading of the MBTA’s text, purpose, and history. It is also inconsistent with the majority of relevant court decisions addressing the issue, including the decision of the District Court for the Southern District of New York that expressly rejected the rationale offered in the rule. The rule’s reading of the MBTA also raises serious concerns with a United States’ treaty partner, and for the migratory bird resources protected by the MBTA and underlying treaties. Accordingly, we are proposing to revoke the January 7 rule.

Most of the text of the proposed rule is dedicated to a detailed analysis of the legal underpinnings of the January 7 rule and it makes for dry reading. It analyzes the relevant case law, addresses canons of statutory construction, and attempts to ascertain Congressional intent. And it notes the concerns of Canada.

A likely outcome is that FWS will adopt “Alternative B” in the EIS that was originally prepared by the Trump Administration. That EIS concluded that Alternative B would be better for birds and the environment.  It would adopt new regulations that would include incidental take:

Alternative B: Withdraw M-Opinion 37050 and promulgate regulations that define the scope of the MBTA to include incidental take

Under this alternative, M-Opinion 37050 would be withdrawn and the Service would promulgate a regulation to implement the MBTA as it applies to incidental take under the prior interpretation outlined in M-Opinion 37041. By reverting to the prior interpretation, the Service would view the incidental take of migratory birds as a violation of the MBTA.

The Service’s Office of Law Enforcement would investigate incidental take at a particular site or project if they receive a complaint and/or have reason to believe that unlawful take occurred. The Service would consider good faith attempts to meet voluntary standards when making enforcement decisions under the MBTA to provide an incentive to implement those voluntary measures. There would be no initial regulatory framework to authorize incidental take under this alternative; the Service would simply rely on law enforcement discretion in determining when to pursue alleged incidental take violations. There would be a greater burden on regulated entities and the Service’s law enforcement officers and uncertainty would remain regarding whether a specific activity that incidentally takes birds could be subject to enforcement, but there would also be greater legal certainty achieved by informing the public, businesses, government agencies, and other entities what is and is not prohibited under the MBTA in a regulation. The Service would have the option of developing a system of regulatory authorization in the future.

If this ruling making proceeds as expected, there would likely be new regulations to govern incidental take and there would be nothing left of the Trump Administration’s efforts to limit the scope of the MBTA. Indeed, Trump’s bird-related policies may be truly fleeting — they might not even last through 2021.