Finding a rare bird is fun.  Chasing a rare bird is fun.  Twitching a rare bird is fun.  Reporting a rare bird?  Not so fun, which is why I have been so very negligent in filling out the form to report the Yellow-headed Blackbird that I saw last summer at Jones Beach to the to the New York State Avian Records Committee.  There is really no excuse for my procrastination other than I had never done such a report and, in the abstract, it seems kind of intimidating to report a sighting to the grand poobahs of the New York State birding scene.  But after chasing the Magnificent Frigatebird I was contacted by one of the members of the committee who wanted to make sure I was going to submit my pics of the bird, so I figured that if I was going to do that then I should definitely report “my” Yellow-headed Blackbird and get the credit for it.

Now, having never filled out a rare bid report I was worried that it would be extremely onerous.  Fortunately, NYSARC has a very easy online form that took me a total of about ten minutes to complete.  Unfortunately, I did not have the best notes from the day I first saw the bird, but I think they are enough, especially when paired with the pictures I took, for the committee to approve the record.

But why report at all?  Well, first off, birds rarely seen in New York State are, well, rarely seen in New York State.  But what if the bird starts showing up more often and becomes a regular visitor?  How will this change be known unless there are quantifiable records of an increasing number of sightings?  They won’t, which is one reason why reporting rare birds in the state to NYSARC is so important.  Take, for example, the Eurasian Collared-Dove.  It is currently an occasional visitor to the state but further south it is becoming a breeder and a year-round resident.  The only way to track this bird’s northward range expansion with any detail is through the efforts of state rare bird committees.

Another simple reason to report rare birds is so the state’s checklist stays accurate.  This past Saturday, while I was chasing the frigatebird, Doug Gochfield, a birder in Brooklyn (and, coincedentally, the guy who helped me find the Eurasian Collared-Dove last year), discovered and photographed what is almost definitely the first-ever Yellow Wagtail in the history of the state.  But for it to be added to the New York State checklist he needs to fill out a report and NYSARC has to approve it.  Otherwise, anyone could go out into their local park and say they saw a Resplendant Quetzal riding on the back of a White-tailed Eagle and in one fell swoop add two birds to the New York State checklist (imagine filling out that report!).

Most birders love to keep lists and records committees help us to keep our lists accurately.  There is the chance, however, that if one submits a record that the record could be rejected.  Does this mean that you have to strike the bird from your life list?  No! It doesn’t even mean that you didn’t see the bird!  Jackbooted thugs from the records committee won’t come pounding at your door demanding access to your computer to erase your record if your report is denied.  Sometimes, though, a record might be rejected for lack of detail in the report, or partially rejected because it could be one of two or more species (for example the frigatebird I chased this weekend could possibly a Greater Frigatebird, and the hope is that the pictures taken by me and others will show definitely that it is not).  Another possible reason for the rejection of a record is that there might be a chance that a bird is an escapee from a cage, zoo, aviary, or breeding facility.  Only wild birds make the checklist and if a normally wary goose is coming up to birders and begging for scraps then odds are the bird will not be accepted by the committee.

So, what I would say to a birder who has found a rare bird is to take good notes, get pictures if you can, and report the darned thing!  It is not a difficult thing to do and you will be helping the birding community by giving us all a better picture of what is out there to see. 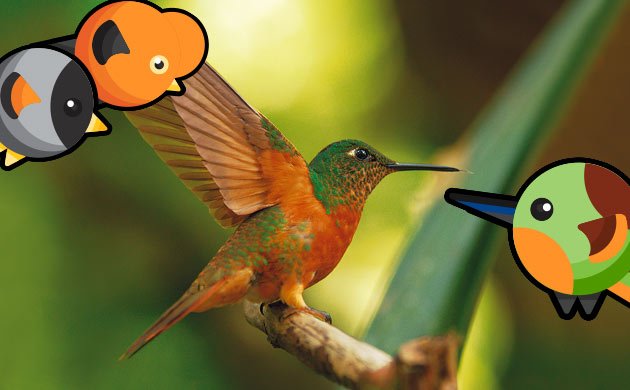 Win a Birdwatching Adventure in Peru!