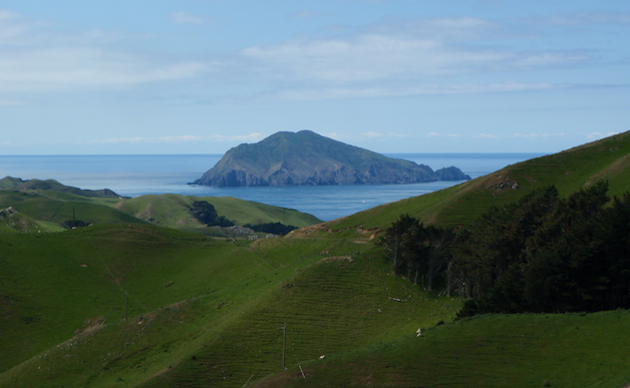 There has been a great deal of talk these days about “reviving” extinct species.  It seems as though every week brings a new plan to bring back something that has been lost.  Perhaps this is a holiday suited for a discussion on resurrection. Setting aside the feasibility of extracting DNA from specimens and fossils, and finding a suitable similar species to donate an egg, there is much debate on whether we should  bring back those species we’ve lost. Is extinction forever? Should it be?

Much of these plans center around megafauna.  There are plans (some say fantasies) to bring back iconic animals such as Wooly Mammoth and Mastodon, along with others from that epoch such as giant ground sloth. Although they aren’t as prominent there are people working on plans to bring back extinct species of birds. Most of these are seen as being more feasible (its easier to get close matches of, say, Passenger Pigeons to act as host eggs, rather than a match for a Giant Ground Sloth). However more feasible doesn’t mean feasible and there are still issues that need to be overcome.

One of these projects and plans is unique, partially because of the iconic story behind the bird’s extinction, but also because the completely different approach the scientist behind it is taking.

The Stephen’s Island Wren suffered a fate common to many island species of birds around the world. Island ecologies develop in fairly closed systems.  Often without predators, or at least without land based mammalian predators. As such they are poorly equipped to handle the introduction of invasive species.  Humans, and the rats, pigs, goats, dogs, cats, snakes, mosquitos and disease they bring with them have wiped out species after species on islands. The Stephen’s Island Wren is one of of a long list. The common story on its demise was that it was wiped out by a single cat, a lighthouse keeper’s cat named Tibbles. Which makes for a nice myth, but it isn’t entirely true.  Tibbles did contribute, but it was a population of feral cats that did the bulk of the killing.  The wren’s existence as known to humans was all too brief.  From the time it was first mentioned, in 1892, until it was extinct was only three years. Its demise at the hands of cats only took about a year.

The Stephen’s Island Wren was flightless and mostly nocturnal. Flight is expensive, energy wise, and where there are no land based predators, such as Stephen’s Island, evolution will take it away. The advantage goes not to birds that can fly, but those who save their energy by not flying. For the wren, that advantage was taken away in 1894, when a pregnant cat escaped (Tibbles was a pet taken from the subsequent feral population). By 1895, with no way to defend themselves or flee from the cats no more wrens could be found and it was extinct. Gone forever.

Perhaps. Enter Dr. Felix Daemon, a brilliant New Zealand biologist, and a man with a rather unique vision and approach, who wants to bring back and reintroduce the Stephen’s Island Wren and is on the verge of doing so. He’s taken an unconventional approach, and although he is reticent about it, his recent successes have prompted him to share them with 10,000 Birds.

Dr. Daemon didn’t start off as an ornithologist. His first master’s degree was in entomology at the University of New York. Specifically he worked with parasitic wasps. But it was during that time writing his thesis that a friend took him birding in Queens. Birds became (in his words) “My greatest love, edging out my love of social insects“. He went on to get a second Masters in Ornithology and then carried on to get his PhD working with island bird ecology. But it was his time with these wasps that gave him his breakthrough on the restoration of the Stephen’s Island Wren.

When he started off exploring restoring the extinct population he approached it from the usual method. Find some DNA from the extinct animal (In this case there is plenty in the museum specimens around the world); duplicate that DNA; find a near relative (again there are plenty); swap out the hosts DNA for the target in a hosts egg and hope for the best. Part of the problem is that it is difficult to get the host egg to accept the foreign DNA, its defences fight the foreign DNA in most cases. As he struggled with this Dr. Daemon wished he could find a completely different host, and that’s where he had his eureka moment.

Daemon thought back to his parasitic wasps. Their eggs were big enough to accommodate the wren’s DNA, and perhaps it was different enough that the defences wouldn’t recognize it. He began trials with related bird’s DNAs and soon found that he could turn off the immune response and get the eggs to accept it. But that only solved part of the problem. The wasp that Daemon used is Certonotus fractinervis, lays its eggs on larvae of beetles.  The wasp eggs hatch and the larvae gradually consume the still living host from the inside, until they emerge from the shell of the host as adults.  Even though the host larvae are large, they are not near large enough to accommodate a wren chick.  But then Daemon, through trial and error, found he could eventually teach the wasps to accept any host (using pheromones).  The final piece to the puzzle in place, Daemon set about his first trial with the very host large enough and readily available.

Ironically these are the same feral cats that exterminated the wren in the first place.  Daemon used pheromones to get the wasps with the implanted wren DNA to lay their eggs in two cats. The eggs took in one of those cats. Slowly over the course of three weeks the growing wren embryos consumed the cat until they were almost full term.  As the three embryos reached full term the cat died, and the wren chicks broke through the skin. Unfortunately exiting the cat’s body proved too tough on them and the chicks died immediately after.

Daemon however is convinced that with a little more work and tweaking all the pieces will fall into place and, thanks in part to the very species that killed them, the Stephen’s Island Wren will once again sing on Stephen’s Island.  The plan is to have wasps oviposit in every cat that remains on Stephen’s Islands, eradicating them and establishing a new population of wrens. Well aware that this is unconventional and controversial Daemon is undeterred. “We have a great opportunity here to correct a great wrong that humanity and cats have wrought” he said “we’d be fools not to try.” 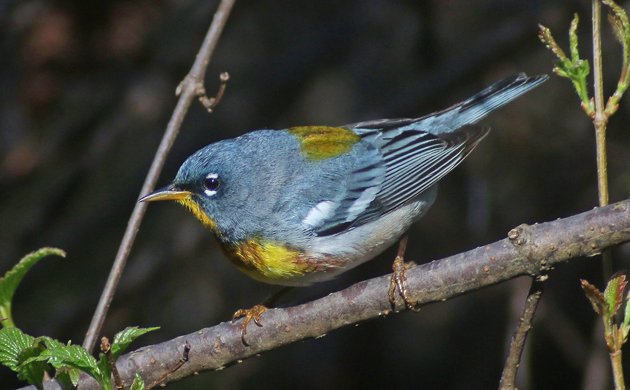