So, last time I promised to write about some of the other birding spots around Cape Town in South Africa. Rooi Els and Betty’s Bay are a great place to start. These are two small communities on the eastern edge of False Bay to the east of the city. The coastal road from the suburbs is spectacular, winding along hills overlooking the bay through fynbos (the endemic scrubland). If you aren’t the one driving it’s worth keeping an eye out for Southern Right Whales wintering in the bay (the road is rather to twisty to be looking if you’re driving).

Rooi Els is a small community under a large cliff with a private road you’re welcome to wander along in search for birds. One of the huge targets here is the Cape Rockjumper, an endemic that for some reason doesn’t quite reach the Table Mountain sites I described last week. That was certainly my main target as I wandered down the road. There wasn’t much around at first, except some Hartlaub’s Gulls on the rocky shore below. Just a bit down the road I came across some birders. It turned out they were a Brit and Aussie being shown around by a local guide, Nick from Birding Africa. This was pretty fortuitous and lucky as Nick was to be my guide to another site the following day. Nick and his two guest kindly invited me to join them in their search for rockjumpers and other birds for a while. I’ll talk more about how good Nick is next time, but rest assured he is good. 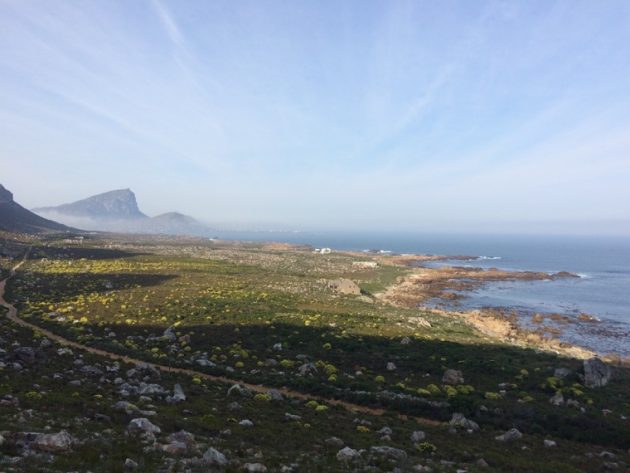 Nick led us up over the scrub a bit to try getting a little closer to the cliff. As we moved through the low fynbos we heard and actually flushed up an endemic specialty, a Victorin’s Warbler. They aren’t exactly rare, but they are brutally hard to see due to being skulkers supreme, so my brief flash of brown was about as good as views of this species get. So yay me! Then a rockjumper! 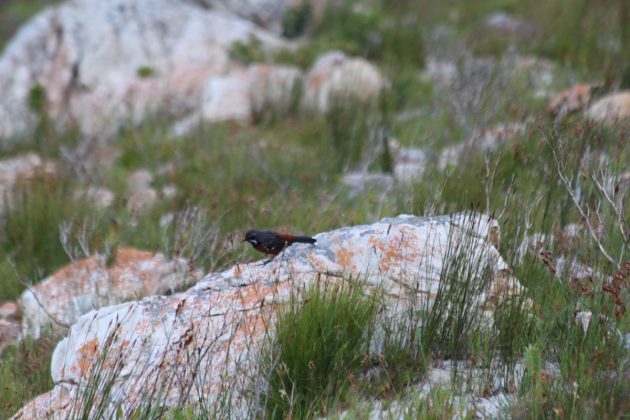 A terrible shot of a Cape Rockjumper

Cape Rockjumpers, like their Drakensberg cousins, are highly social, so after the excitement of finding one a little bit up towards the cliff suddenly a family was around us, calling, bouncing and fighting their way around the low vegetation. There were about six of them, and as they went about their antics we found another specialty in the bushes, a Cape Siskin. One of the harder-to-find endemic finches (though not as hard as the Protea Seedeater) it was another nice lifer for the site. As we left the location we spotted some other nice birds, including a Cape Sugarbird, some White-naped Ravens and a Jackal Buzzard ( a massive Buteo hawk). 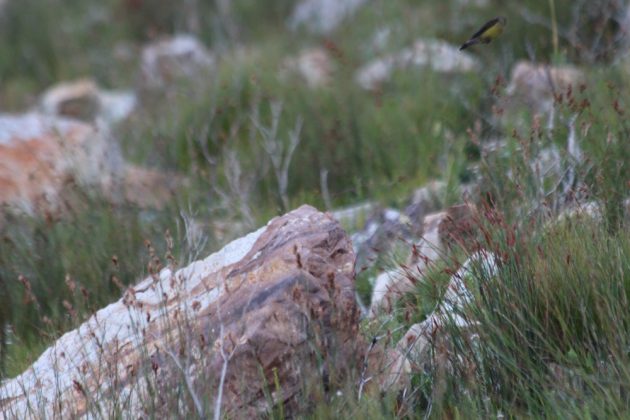 I almost got a shot of a Cape Siskin. Can you see it?

Nearby Betty’s Bay is home to a botanical garden that is sometimes a good spot for birds, but I went there for a lifer that was to be found by the coast. The village is home to a seabird colony that’s a tourist destination, another African Penguin colony that’s also a cormorant colony. The colony itself is a less crowded place to see penguins than Boulder’s Beach in Cape Town, with a decent walkway through the colony that is great for photographers. There are lots of Cape Cormorants and some White-breasted Cormorants (usually split from the Great Cormorant but not by eBird for some reason) and a few Crowned Cormorants. But my target was, and I managed to find, a handful of Bank Cormorants, the only local species that had eluded me till that point. 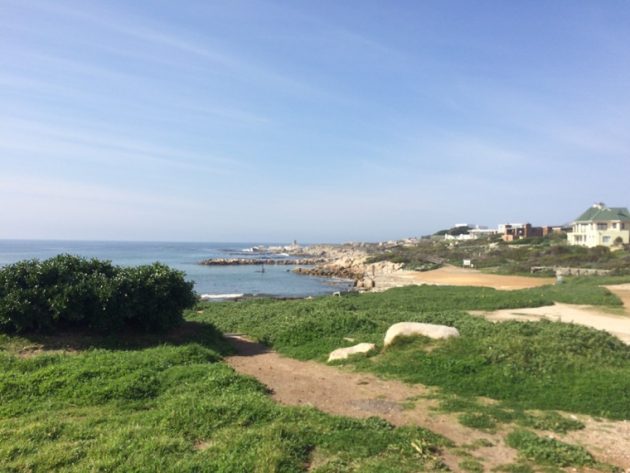 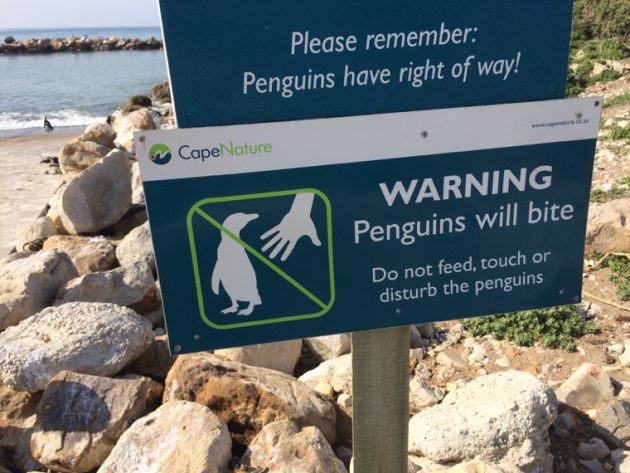 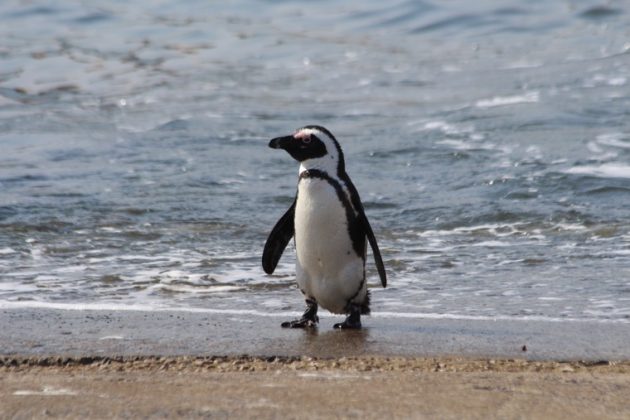 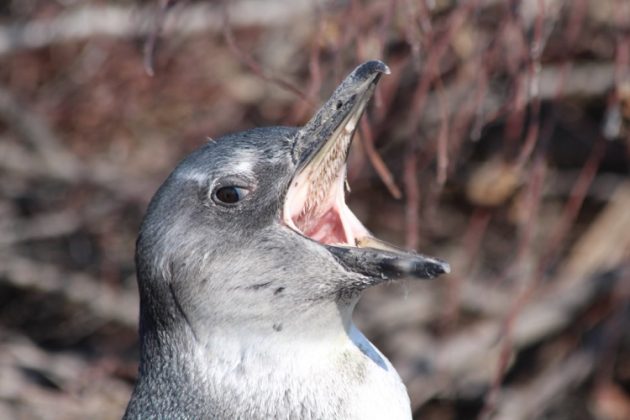 Jesus what’s going on with that mouth?! 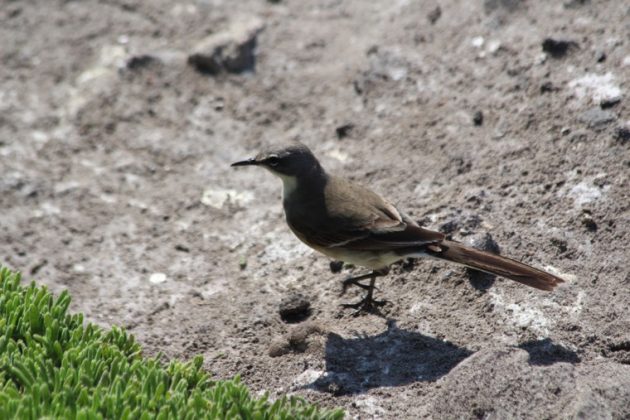 Cape Wagtails are common here too 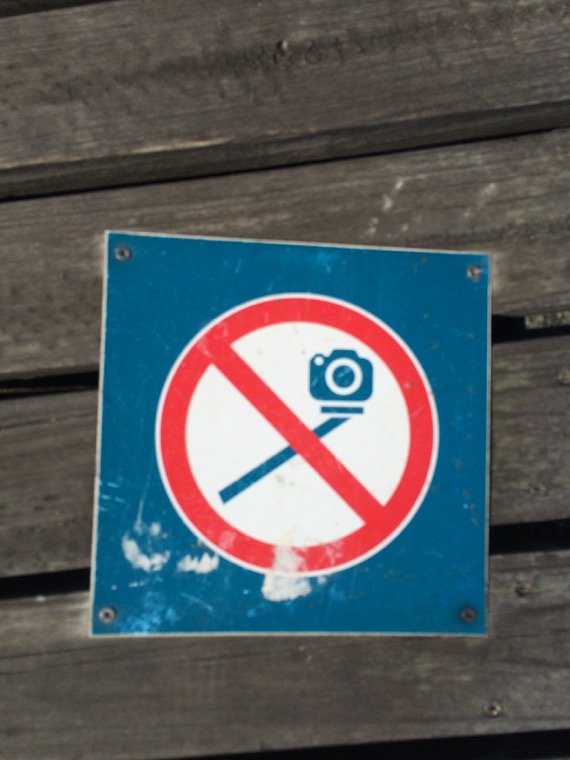 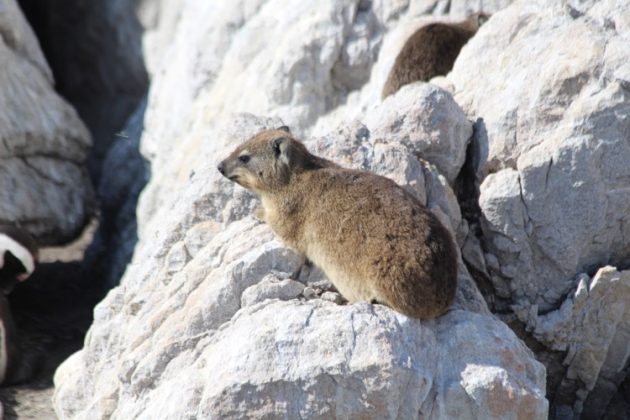 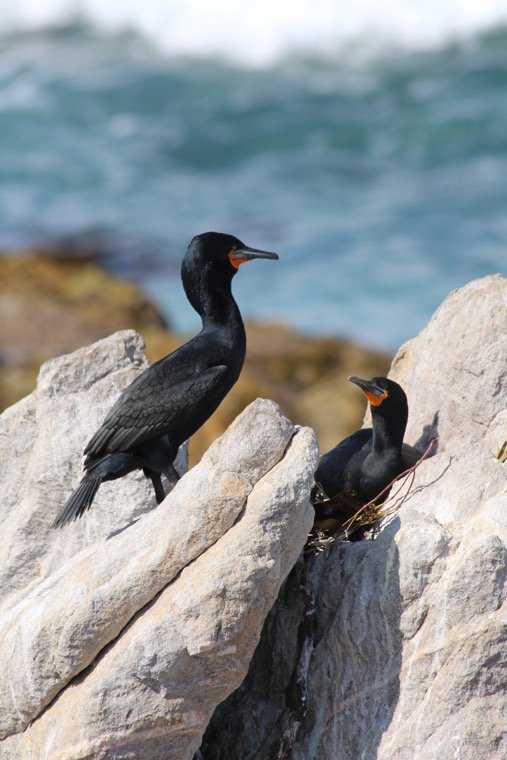 Cape Cormorants are rather pretty 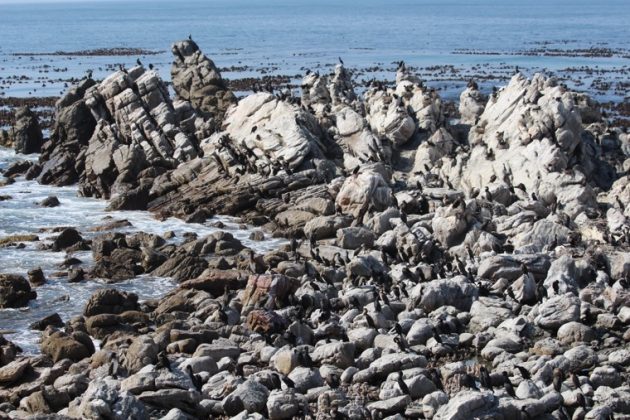 There are many cormorants here of all four species….

There’s probably more to see in that area, especially the gardens, but it made for an exciting morning of birding, with lifers aplenty. And the next day, that was even better…. And I’ll talk about that next time.