Corey let the cat out of the bag a couple days ago.  I am really excited to say I’ll be heading down to Space Coast Birding & Wildlife Festival in Titusville, Florida, next month as a correspondent for 10,000 Birds.  It won’t be my first trip to Florida.  In fact, I’ve visited the Sunshine State several times.  This will, however, be the first time I will have been able to devote myself unapologetically to the birds of this amazing state for an entire week.

The thing about Florida is that it’s truly the best of both worlds for those of us birders who are saddled with the unfortunate reality of “non-birding family”, a condition that affects many of us and impacts our ability to fully give ourselves to the birds.  Every trip I’ve taken to Florida in the past has been some sort of family vacation, be it trips to the beach when I was but a young birder knee-high to my binoculars or holiday visits to my wife’s elderly Jewish grandmother (because where else would an elderly Jewish grandmother live, really?).  But in the intervening moments birds were a huge part of my consciousnesses, and I managed to pick up nearly all the Florida specialties here and there (Short-tailed Hawk and Mangrove Cuckoo still elude me). That said, I’m really looking forward to seeing the wonders of Merritt Island during the time of year when it’s supposed to be seen.  I can’t wait to reacquaint myself with Florida Scrub-Jays and Sandhill Cranes.  And I’m stoked to explore new sites and get my 2013 list off to a bang.

So in honor of those upcoming memories of Space Coast, here are a few older memories of Florida birding pulled from the old mind-vault.

There is something undeniably tropical about frigatebirds.  Normal people imagine gulls and pelicans in the Caribbean daydreams but we birders see dark-cloaked pirates with long-pointed wings riding like funereal kites in the stiff sea breeze.  Way back in 1993, when I was but a baby birder, I had a certain set of expectations about this Florida vacation my parents were taking my sister and me on.  Those expectations did not include frigatebirds.  So when I stepped out of the family mini-van in the parking lot of our hotel in Fort Meyers and say about a dozen and half Magnificent Frigatebirds circling over a pond?  Well, let’s just say that’s not a memory I’ve forgotten in the almost 20 years since. My in-laws got a time-share on a golf course in Orlando and we headed down there for a week in the spring of 2011.  I didn’t expect many opportunities around the resort for birding, but another of the fantastic things about Florida is that it may be the one place in the United States where you don’t have to work to rack up a nice day list.  While my family enjoyed the pool, I putzed around the water features looking for anything that might be interesting.  I quickly zeroed in on a particularly dense stand of bushes that seemed to be shaking with bird activity.  I pulled up along the walkway and pished a little but, expecting the typical Palm Warblers and Eastern Towhees, when a stunning male Painted Bunting popped into view.  Completely unexpected, and completely Floridian. Christmas Day, 2005.  We had come down to Boynton Beach to visit my wife’s grandmother for the holidays.  My wife and her family are Jewish, so Christmas is just another day except nothing is open, so I managed to convince my wife and her kind-of-birder mother to come with me while I made an early morning run to Merritt Island in lieu of sitting around all day staring at each other.  One of my targets was the eponymous Scrub-Jay, Florida’s most famous endemic.  After cruising around the wildlife drive enjoying flashy Roseate Spoonbills and dozens of ducks, I turned into the parking lot for the Scrub Jay Trail thinking there’s no better place to find the birds.  Turns out their probably is, as the trail’s namesake was nowhere to be seen.  Except once, far across the meadow was a bird sitting atop a tree, silhouetted perfectly against the gray sky.  I raised my binoculars, confirmed the ID, and the bird bolted.  No one else saw it, but it was a Christmas lifer for me.  Thankfully, I’ve since seen them better, but you don’t forget your first. The Florida Keys in October is a pretty spectacular place and time to be if you want to take in some falcon migration.  While my wife and I drove down Highway 1 from Miami towards the “destination” wedding of a friend on one of the outer keys we, or perhaps more accurately I, saw dozens of Merlins, multiple Peregrines, and more American Kestrels than I’d ever seen at that point in North Carolina.  But it wasn’t until that evening, at the rehearsal dinner on the veranda of a Key West restaurant that the birding really got exciting.  I admit I had had a few beers at this point, but while the canapes were passed and the various hors d’oeuvre made the rounds I chanced to look up in the canopy of the massive fruiting fig tree in the center of the garden to see a White-crowned Pigeon sitting in the top.  A fitting start to a singularly enjoyable evening.

Ah, Florida invokes so many memories.  I can’t wait to go create some more.

Where Are You Birding This Fourth Weekend of June 2012? 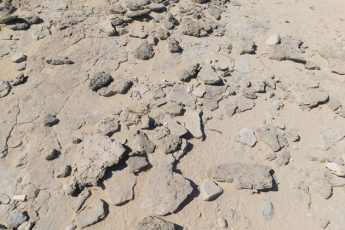