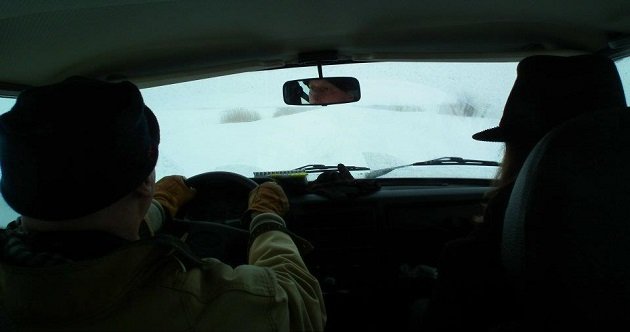 The entire world, it seemed, was buried under two feet of snow. I was checking weather forecasts for days looking for a window of opportunity for a field trip. Yet, even the mighty Danube was frozen solid from bank to bank.

Eventually, I had to go, there was no point of hoping further for a day without fresh snowfall or wind. Disregarding the weather, the research methodology required an observer’s presence in the field every month.

We passed through a sleepy village, followed by a snowbound cemetery, and there we were, at the beginning of our transect. A straight line through a former flood-plain, now drained and cut off from the rivers by embankments. 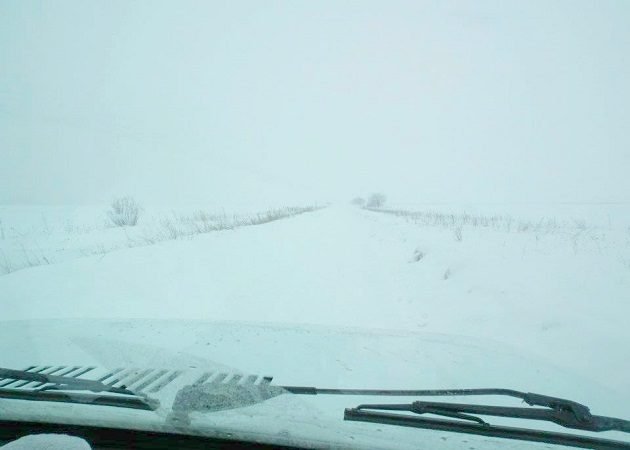 The road mostly consists of very sticky black mud, but on that day it was only white. White as the surrounding fields, sometimes edged with reeds, sometimes without any markings. The snow was falling, the wind carried both snowflakes and snow from the ground and the whiteness was complete.

I was driving through that relying purely on my knowledge of the research area and my inner sense for orientation. It was tricky: there is a deep canal next to the road and the last thing I wanted at those subzero temperatures was to end up in the water.

Soon the snow stopped falling, although the sky remained cloudy. I remember getting stuck in deep snow (but managed to free ourselves easily), also that pure bliss – having a hot coffee in the car, seeing quite a few Roe Deer and several Brown Hares, White-tailed Eagle, a bunch of Common Buzzards and Hooded Crows in a field – must have been next to some less fortunate animal that we couldn’t see from the road… 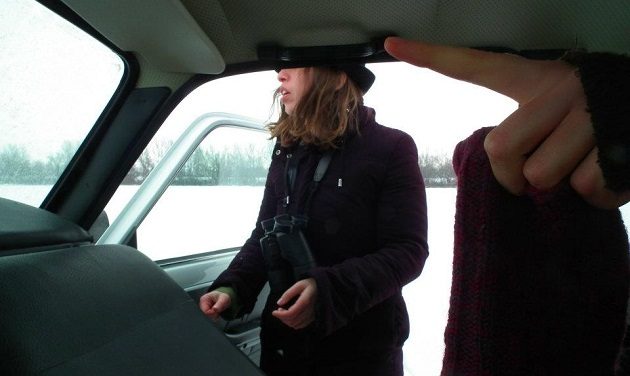 Nothing special, really, just a sense of a winter wonderland adventure, like being five years of age again and enjoying a sleigh ride.

« Previous post
Where Are You Birding This First Weekend of 2017?
Next post »
Polly Want a Latte? The (Inevitable) Rise of Bird Cafes