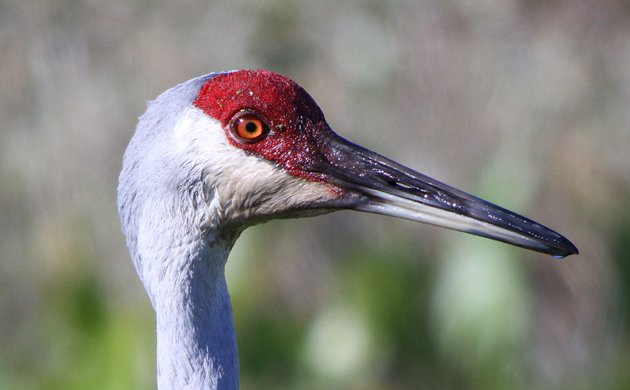 Yes, the earth has gone around the sun twice since the uproar from birders and other lovers of wildlife managed to convince the Tennessee Wildlife Resources Agency to table the idea of hunting Sandhill Cranes in Tennessee for two years. While many worked on the issue, we here at 10,000 Birds like to believe that Julie Zickefoose’s heartfelt and powerfully written blog post here on 10,000 Birds in October of 2010 had a lot to do with the tabling. At the time she wrote:

It seems that for 17 years, the state wildlife officials planted as much as 750 acres of feed crops in order to encourage large flocks of sandhill cranes to linger for thousands of appreciative viewers at the 6,000 acre Hiwassee Wildlife Refuge in Meigs County. More than 50,000 Sandhill Cranes stop to feed while migrating during the fall and winter between Wisconsin and Florida. Tennessee started a festival around the event, just for wildlife watchers. The cranes liked the superabundant food, and a lot of them decided to hang around and spend the winter in Tennessee. The state’s response? Cancel the 17-year-old annual festival, and propose a hunting season on cranes.

This time around, Vickie Henderson is once again sounding the alarm. I encourage you to head on over to her blog to learn more, or, if you already know that the idea of a Sandhill Crane hunt is a bad idea, head on over to the Kentucky Coalition for Sandhill Cranes page dedicated to stopping the hunt in Tennessee and TAKE ACTION!

As Vickie reminds us, not even a majority of Tennessee hunters support a hunting season on Sandhill Cranes:

So, please, take a couple of minutes from your day to take action to help protect this magnificent and wild creature. And tell ’em 10,000 Birds sent you! 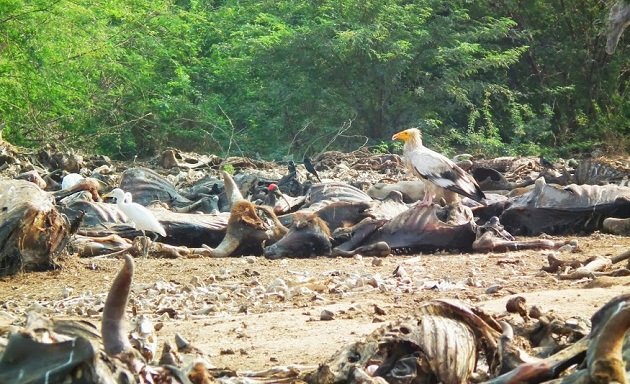