There’s no species of bird more associated with the North American desert than Greater Roadrunner.  Just mention the bizarre giant ground cuckoo and you are instantly transported to a land of bare dirt, rocky outcroppings, and giant saguaro cacti with great arms reaching towards the intense and unabating sun. But Warner Brothers cartoons aside, Greater Roadrunner is a much more adaptable species that we give it credit for. From its core range in the southwest US and northern Mexico, it has staged a pretty dramatic range expansion in the last couple decades, spreading nearly as far east as the Mississippi River. When I was cutting my birding teeth in southern Missouri lo those many years ago, Greater Roadrunner was limited to a couple distant glades, cedar glens on the south side of Ozark mountains, in the far south of the state. Now, they’ve taken up residence in some very unexpected places, as I found out for myself on a recent trip back.

Every time a return to Missouri, I try to knock out a couple more species of birds I missed when I was a resident there. Last year, I finally crossed paths with Cerulean Warbler, but this year, with little birding on the agenda, I needed something easy. In the intervening 10 years, Greater Roadrunner had turned from a hyper-local and secretive denizen of out of the way glades, to just another feeder bird in parts of Springfield. Hard as it was to believe, we drove into an unassuming well-to-do neighborhood with wide sidewalks and verdant lawns and cruised down streets with eyes open. It wasn’t more than 100m before I spotted one, sitting in the shade of a Bradford Pear tree as if it were sitting in the shade of a barrel cactus.

It’s not easy to reconcile the vision of this quintessential desert bird in McMansion land. It’s bizarre cross-toed feet look strange on a lawn of cropped fescue instead of desert pebbles. But there are abundant lizards here, along with small rodents and no shortage of bird-feeders to plunder. In the past year, Springfield birders have even found a nest in a dense ornamental fir on the corner of an intersection, though no more than one of the birds has ever been seen at a time in this particular spot. The farm roads nearby host roadrunners too, and the fencerows and pastures look slightly more appropriate for the species. These suburban roadrunners, though, are the most reliable, and many Missouri birders have nabbed their roadrunner for the state in this very spot, as I was doing.

The panting bird eventually tired of our intrusion, or that of the midday sun, and cruised across the street to a yard that it apparently frequented. I repeat, the sight of a roadrunner moseying around this neighborhood like a contented outdoor cat was a strange one. Did I make that clear? It proceeded to check the bird feeders, then finding nothing to its liking, hopped up on the deck railing and preened as if it had done this a thousand times before, which it probably had. It’s getting harder for me to pick up new Missouri birds on my semi-annual returns. This plus Mississippi Kite, another recent arrival from the southwest, put me up two on this one. I don’t expect that any bird down the road will allow for an experience as surreal as this one though. Roadrunners of suburbia. Who would have thought? 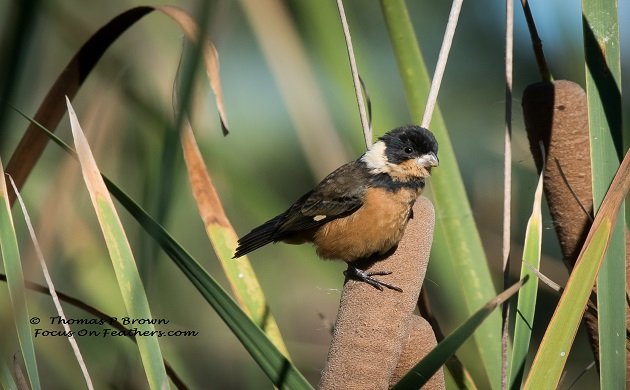