The sun was shining at Jamaica Bay Saturday morning, there was almost no wind, and plenty of birds to see.  Waterbirds, whether they be dabbling or diving ducks, grebes or geese, coots or cormorants were the main attraction, but some passerines were still thick in the trees and bushes.  Kinglets with both ruby and golden crowns fed frantically, butterbutts flew overhead and foraged in tangles, and several species of sparrow called from beneath bushes.  So, yeah, it was a good day to be out birding.

In the bay to the south of the West Pond were the first Horned Grebes I’ve seen since spring, as well as quite a few Brant and a small flock of Bufflehead.  Large numbers of Double-crested Cormorants flew the air or foraged in the pond.  Ruddy Ducks, American Wigeon, Gadwall, Mallards, American Black Ducks, a single American Coot, Canada Geese, Great Egrets, and Northern Pintail made appearences, as well as distant scaup on which, sans scope, I could not stick a species label.

Great Egrets on the West Pond of Jamaica Bay

The Yellow-rumped Warblers were still around in numbers, chipping from bush and tree and overhead.  I kept trying to get shots of them in amid the brightly colored leaves and berries but they kept their distance.  One shot came out decently though. The “gardens” had lots of White-throated Sparrows, as well as a sprinkling of Song Sparrows, Swamp Sparrows, and Dark-eyed Juncos.  A Hermit Thrush, some American Robins, a few Purple Finch, a couple Palm Warblers, and both kinglets pretty much rounded out the passerines, though a single Eastern Phoebe and a couple Red-winged Blackbirds were nice to find lingering.

I especially enjoyed watching this Golden-crowned Kinglet foraging with determination in a pine tree, and moving too fast for me to get a single good shot. best shot I could get of a Golden-crowned Kinglet

Though I didn’t track down any new birds for the year it was nice simply to be out and about in the sun, enjoying the first of November like it was mid-September.  I hope the nice weather holds up at least until the work-week… 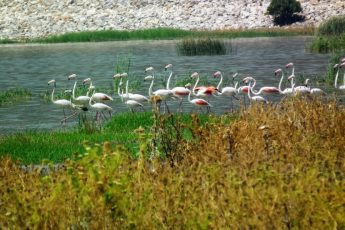 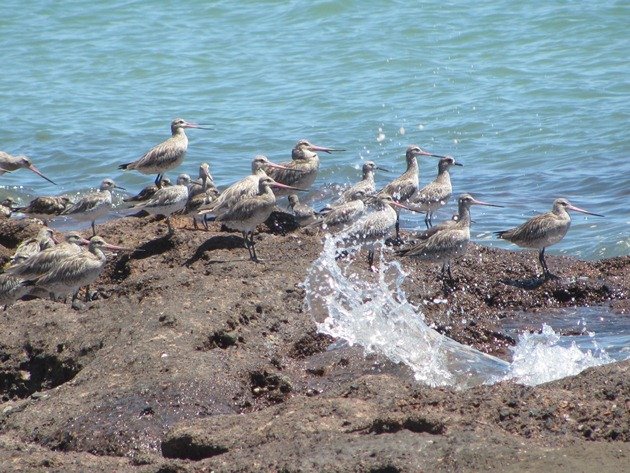