It may have taken until February, but winter has hit New York City hard. We don’t have snow, but temperatures have plummeted to presposterous lows. Forget birding…most of us just want to settle in, bundle up, or bed down until the weather warms up. Pity the poor birds who stuck around. A multitude of our fair-weather, feathered friends enjoy this time of year in a more civilized fashion by winging it down to the Neotropics.

The Neotropics are identified as the biogeographic region of the New World that stretches from the northern portion of the Mexican rainforest and the Caribbean islands southward through Central America to the non-tropical regions of South America. This habitat redefines the concept of biodiversity. More species of birds are found in the Neotropics than in any other known ecosystem. Entire avian families, including cotingas, manakins, toucans, and ground antbirds, are essentially confined to the Neotropics, as are such unique species as screamers, trumpeters, sunbittern, and hoatzin.

Neotropical migrants are birds, especially songbirds, that summer in North America but migrate to the tropics for the winter. This practice is incredibly common and irresistibly seductive, so much so that some birds that make the trip cannot be troubled to return to our more temperate climes. For example, the erstwhile Olivacious Cormorant has become so enamored of its winter getaway as a species that the bird spends as much time as possible there. Consequently, Phalacrocorax brasilianus is now known as the Neotropic Cormorant. Having been there myself, I can’t say I blame it. 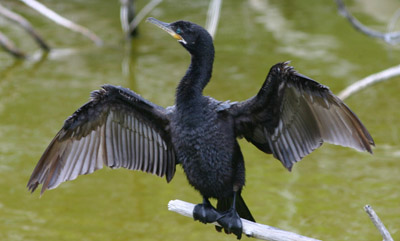 Why is "For the Birds" a Bad Thing?

What's in a name?