A few years ago, I was invited to give a series of four short lectures, in quick succession, on birds of the Danube River. It was a tree planting event organised by a local NGO, the Supernatural, and groups of volunteers – both adults and kids – were visiting me by the bird tower. At first, everything went smoothly. 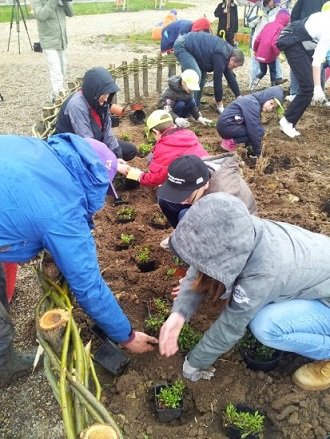 One mother from the last group asked me about White-tailed Eagles, surprised that there are eagles inside the city, she always thought they live only in the mountains (so did I when I started birding)… and how can she see one?

Why, she asked me?

Well, the eagle eats them.

Some time later, we are approaching the parking lot, I am turning the engine on… a movement above the Danube! I turn the engine off and scream at her: There! The eagle! There’s your eagle!

The eagle, a territorial adult, slowly loses height above the bank, its eyes locked onto a prey, goes down behind the scrubs and… rises with a fish in its talons!

And the mum from the fourth group has seen her first eagle.

How Long Must We Live With These Wildlife Conservation Myths?