In the southeast United States, the woodpecker that gets all the attention is the one with the red cockade.  Rightly so I guess, it is, after all, a federally endangered species and limited to a few fragments of pine barrens habitat across the south, but we in Dixie have remarkable numbers of other woodpeckers too that visitors from other parts of the continent, and the winder world, may find interesting.  When Corey visited North Carolina at the end of last year he was as impressed by another picid, one with a more extensive scarlet pate, as much as our little specialty, and as I speak to birders from parts north, they have been similarly impressed by the ease in which I can find this second bird.  It’s not common in any place, but it’s regular, and even abundant, in the right places.  I’m speaking of Red-headed Woodpecker, on the short list of nearly every birder’s most loved species and the very manifestation of economy of color.  Three shades, like most woodpeckers, but in big blocks, without bar or stripe to mar an otherwise perfect depiction of black, white, and red. Red-heads, more than any other regular woodpecker species in the south aside from the federally endangered one, seems to be associated with a certain type of habitat in this part of their range.  More often than not I find them in open woodlands, particularly if its wet.  It’s certainly not as specific as the Red-cockaded Woodpecker by any means, but it’s the type of place that seems to be particularly prone to sprawl in this part of the country and always under threat as oak snags are removed as safety hazards and seeps are drained for foundations.  It’s not a unique story by any mean.  In fact, it’s the great tragedy of rapid development; that these unique little spots can not only be utterly transformed, but so easily, into something significantly less special.  Woodpeckers remain, of course, but they’re the common and comparatively pedestrian Red-bellied and Downy Woodpeckers.  Fine birds, but I don’t think I’m talking out of turn when I say they’re not nearly as exciting as a Red-head.  So when I see them, as I do on occasion at a few well-established sites, it’s a definitely a banner day. It’s not all bad. I wouldn’t have written this post if it was.  The point I’m trying to make here is while the Red-headed Woodpecker is subject to the same kind of pressures that so many other species deal with, it’s actually doing pretty well here in the south, the core part of it’s range.  While Woodpeckers are generally non-migratory – the Flickers are being notable  exceptions (for reasons other than their seasonal travels, too) – the Red-heads will move around a bit from season to season.  Birds in the northern part of their range do often head south, with many finding there way to the hardwood swamps and sloughs of the southeastern US where they can concentrate in remarkable numbers in nomadic flocks in some places.  One such site is the the Lumber River IBA, a nice patch of fairly extensive bottomland hardwood forest in southeast North Carolina, where counts of Red-headed Woodpeckers well into the triple digits have been made in late winter and very early spring.  Can you imagine?  Red-heads flocking like blackbirds?  Chattering away like siskins on a feeder everywhere you look?

These significant seasonal aggregations, discovered relatively recently, are of interest to not only on a state level but nationally as well.  Any time a bird of any species congregates in numbers like this it’s important to monitor them for two pretty self-evident reasons.  1) The species is likely quite dependent on this place either as wintering or crucial stopover habitat and 2) if it’s important to this one species, it’s likely equally important to other, less charismatic, species.  In the case of the Lumber River IBA both cases are almost certainly true.  Not only are there state wildlife biologists interested in knowing just when and why these congregations of Red-headed Woodpeckers can found there (with help from the Wake County Audubon chapter, of course), but other times of the year Lumber River IBA hosts nesting Mississippi Kites and Anhinga and likely significant populations of wintering Rusty Blackbirds too.

Unfortunately, like so many other sites in the eastern part of this state, it’s under-covered leaving too little quantitative data as to the real significance of the park for the Red-headed Woodpeckers and others, but what evidence is promising and suggests that the southern United States has more to offer passionate piciphiles than then little Picoides borealis.  That is, if large concentrations of Red-headed Woodpeckers do anything for you.  If not, than I’m afraid there’s no saving you.

Is That A Crazy Woodpecker Trying To Eat Your House? 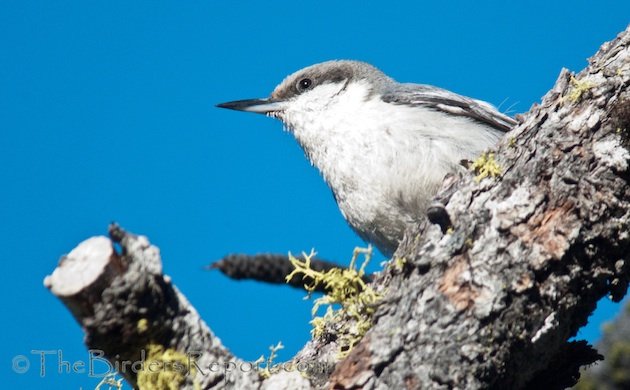