Everyone probably knows the story of how the European Starling (Sturnus vulgaris) came to the shores of America during the 19th century, but for those who don’t, this is how it goes. The American Acclimatization Society was a group founded in New York City in 1871 dedicated to introducing European flora and fauna into North America for “both economic and cultural reasons.1” By 1877 New York pharmacist Eugene Schieffelin, an avid admirer of Shakespeare, was the society’s driving force. He allegedly proposed to introduce every species of bird mentioned in the plays of William Shakespeare to the United States.

Whether this account is accurate or not, between 1890 and 1891, one hundred European or Common Starlings were released in New York’s Central Park. This release has since exploded into the currently estimated count of over 200 million European Starlings now residing in North America alone2. Starlings are a super competitive cavity nesting bird that aggressively evicts other species from nesting cavities. Although few conclusive studies have been done, anecdotal evidence suggests that they have had a detrimental effect on many of our native cavity nesting species2. This is one of the reasons why so many bird lovers dislike the European Starling. They compete for nesting cavities with Wood Ducks, Buffleheads, Great Crested and Ash-throated Flycatchers, Tree Swallows and several species of woodpeckers and sapsuckers.

Even more distressing for people who work to conserve our native populations of Eastern and Western Bluebirds and Purple Martins, European Starlings as well as House Sparrows are considered to be the greatest threat to successfully increasing the populations of these native birds. These Starlings were nesting in a huge oak tree in my friend’s front yard where there appeared to be plenty of cavities available for both the Starlings and the Acorn Woodpeckers. Needless to say, human activities have been most instrumental in the decline of cavity nesting species in the United States. Forest management practices that reduce the availability of dead trees and snags that offer possible homes for these cavity nesting birds is just one of the obstacles conservationists have been dealing with since the mid 1900’s.

My friend Ingrid over at the Free Quark offers an interesting and valid argument in her post on the European Starling that “the biggest threat to any native species is our own voracious appetite for development, which reduces viable habitat for all species to a point where competition becomes exacerbated.”

All this aside, whether you are a farmer trying to limit the economic damage caused by starlings to planted crops, fruit production, and livestock feed losses, or a Purple Martin advocate trying to keep starlings out of your Purple Martin houses, you can’t help but look upon a murmuration of starlings as a beautiful and amazing happening in nature. Enjoy this video of thousands of European Starlings as they swarm in the evening sky before going to roost. 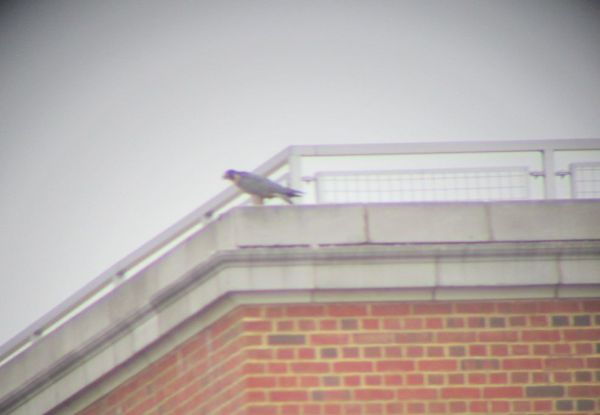 « Previous post
Giant Bugs Wiped Out By Birds?
Next post »
Bid for the chance to raise Kakapo!