February 6, 2016 by Patrick O'Donnell No Comments 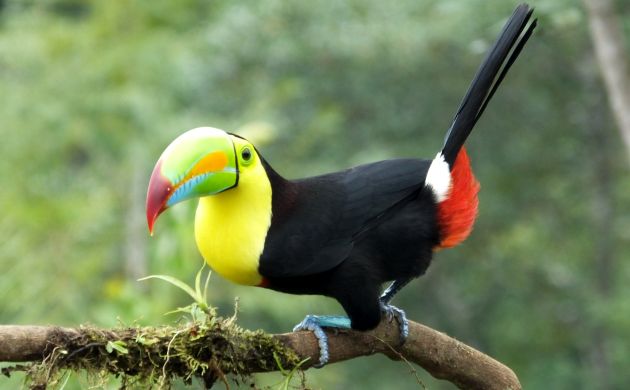 Last weekend, I guided a trip to Laguna del Lagarto for the Birding Club of Costa Rica. Since all sorts of rare species are possible at this remote lowland rainforest site, I was looking forward to this trip for a while. It would give me yet another chance at lifering that royal pain known as a Tawny-faced Quail, the rare and beautiful Green and Rufous Kingfisher, and who knows what else. The “who knows what else” comes from this site being situated among good-sized tracts of lowland forest connected to the big forest block in Nicaragua. Since that block still hosts Harpy Eagle and every other possible species, it’s not out of the question for those rare birds to also show at Laguna and vicinity. In fact, a friend of mine saw a Harpy Eagle at Laguna in 1998. I suspect that one or two still wander into the area from time to time.

Since the title of this post does not say, “Harpy Eagle in Costa Rica!”, the supposed wandering monster eagle did not coincide with our visit. Nor did I see the pain Tawny-faced Quail or other rare targets (and that’s why they are rare), but I still had a great, birdy time, and learned a few things:

The feeders are still fantastic: They always have been and still see visits by toucans, parrots, and other birds at close range. The requisite picture of a Keel-billed Toucan– not rare at all. One of the only feeders that sees Brown-hooded Parrots.

Adolfo’s feeders are also fantastic: During one rainy morning, lodge manager Adolfo invited us to his place to see his feeder set up. If you go (and you should), the jaw will drop. Canopy birds like Blue Dacnis came down for a bite along with a dozen other species. This is the only place where I have seen Orange-chinned Parakeet come to a feeder. Hummingbirds also hang out back, including a bunch of White-necked Jacobins.

Plain-colored Tanager is a cute little tanager: It might not be colorful, but it’s still cute. Chestnut-colored Woodpeckers like to eat coconut: This is another thing we learned at Adolfo’s place.

King Vulture is a given: Always there, always reliable in flight and perched. White-fronted Nunbirds are still around: Not common but still present, we saw two pairs. Present but not the easiest to photograph up there in the canopy.

White-flanked Antwrens are nicer about being photographed than most other antbirds: If you wern’t aware, most antbirds detest being seen and photographed. White-flanked Antwren- thanks for throwing antbird manners to the wind and posing for shots! See if you can find the nighthawk in this picture- they don’t act like their Chordeiles cousins.

I might not have connected with the quail (and not for lack of trying) but still got lots of great year birds and everyone had a good time. Now to plan how I can get back up that way again for another shot at the quail and other rarities… 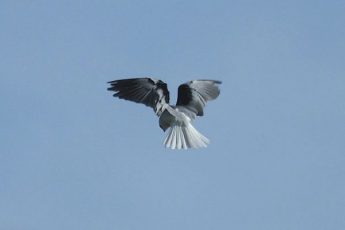 What's Next at the Juan Santamaria Aiport in Costa Rica? A Pipit? A Wagtail?

« Previous post
A lone Black-tailed Native-hen
Next post »
Where Are You Birding This First Weekend of February 2016?