Kenn Kaufmann, David Sibley, Pete Dunne, Corey Finger and – it seems the rest of the American birding world have it all wrong. I was living in the hope that Richard Crossley would set it right with his brilliant new book, but alas even he decided to not shake the boat or upset the powers that be. So, it has all been piled on my scrawny shoulders, something that old-world birders have known for ages. This is not a Wood Warbler. …and that warblers are fascinatingly beautiful creatures with a spellbinding myriad of subtle brown hues. At the very most they have some gentle touches of pastel yellow (see image of a real Wood Warbler, above). Subtleties of form, tone and colour are wonderfully presented by the wonderful diversity we see in the various Acrocephalus warblers like, for example, the Reed Warbler (Acrocephalus scirpaceus): and the Marsh Warbler (Acrocephalus palustris): So, to get back to my initial point, those silly birds you refer to as “wood-warblers” have nothing whatsoever to do with warblers and certainly nothing to do with a Wood Warbler. While being undoubtedly beautiful, what you have are actually brightly coloured canaries with silly little bills. Consequently, I would like to humbly suggest a radical process of renaming.

Constructive ideas on naming norms and standards would be much appreciated.

Come on Americans, if you have it in you to invent great society-changing innovations such as Macdonalds Hamburgers, the Hummer and democratic capitalism, surely a small logical name change would not be that hard to do? 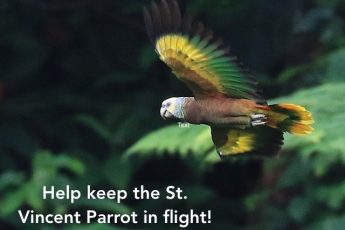 A Rare Caribbean Parrot on the Brink