To See Every Bird on Earth

While the title of To See Every Bird on Earth by author Dan Koeppel may get fans of birding adventure narratives salivating, the book’s subtitle, A Father, a Son, and a Lifetime Obsession, hints at the human drama that carries this memoir beyond mere spotting and listing.

I really enjoyed this book. Koeppel’s memoir describes his father’s dogged pursuit of a glimpse of each one of the world’s 10,000 or so birds. Richard Koeppel is a Big Lister, as someone who manages to spot significant chunks of extant avifauna is known in birding circles. As someone who’d like to get into the Big Listing business myself, I approached this book as a form of birding porn, sure that Koeppel’s globe-trekking, bird-watching ways would prove highly stimulating. However, as depicted by the author, the protagonist’s ineffable desire to add new birds to his list may have compelled him to crisscross the globe and encounter dazzling, legendary birds, but it didn’t make him happy.

The best birding stories are not merely eloquent accounts of species and locations. Birding is about birders just as much as it is about birds. Dan Koeppel understands this point well. In To See Every Bird on Earth, he’s interwoven three rich emotional threads to create a compelling narrative. Of course he reports on his father’s fifty-year career as a birder, from its beginnings at a time when NYC was more environmentally rather than culturally wild through its many numerical milestones. Richard Koeppel’s personal journey as a bird watcher also sets the stage for an erudite historical analysis of the growth of organized birding, from the contributions of the great Audubon himself to the efforts and endeavors of birding luminaries past and present. But this book concerns itself not just with Richard Koeppel the Big Lister, but with Richard Koeppel the man â€“ the son, husband, doctor, and, last but certainly not least, father.

Dan Koeppel refers to his work as a memoir, a role in which it serves double duty as both biography and autobiography. Without giving away key portions of the book, it is fair to say that To See Every Bird on Earth is resonant with themes of duty, disappointment, longing, and loss, rich emotional content for a birding book.

Richard Koeppel is a complicated hero (if he could be called that) for a birding narrative because, though it is clear that he knows his birds and desperately covets his birds, he doesn’t really love his birds. Compelled to visit the four corners of the Earth by the demons that drive him, he seems to take little satisfaction from his avian observations, no matter how exquisite the species. Any enthusiast, regardless of outlet or interest, might see a bit of himself in Koeppel and wonder at the awesome, obliterating power of hunger and obsession.

I loved To See Every Bird on Earth, which I firmly recommend to birders and non-birders alike. Dan Koeppel is a skillful writer whose technical prowess as a researcher and biographer elevates this deeply personal work. I was moved by the character-driven aspects of this memoir and edified by its historical accounts. I also don’t mind saying that I was thrilled by those big numbers. With hope, I and my family will derive more pleasure from our future birding exploits than the Koeppels have from theirs! 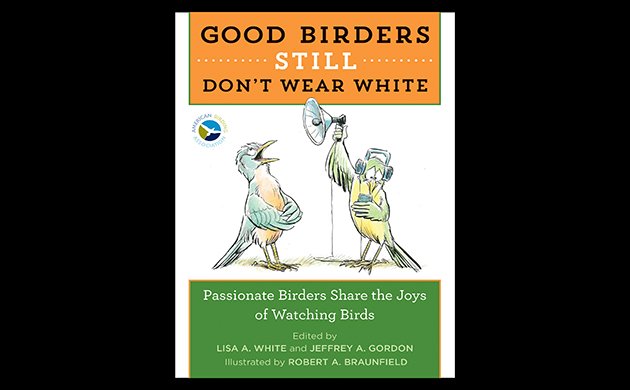 Peterson Reference Guide to Sparrows of North America: A Review by a Sparrow Fan