The American Bird Conservancy (ABC) is a non-profit organization whose mission is to conserve wild birds and their habitats throughout the Americas. ABC focuses specifically on overcoming the greatest threats to birds in the Western Hemisphere.

ABC draws on people and organizations through bird conservation networks to identify the most critical issues affecting birds in the Americas. Some of the issues the organization works to mitigate include the encroachment of a growing human population, the unwise use of pesticides, and the introduction of destructive species including domestic cats (through their Cats Indoors! campaign. Their Important Bird Areas program aims to recognize the places in the United States that are most crucial for bird conservation and mobilize the resources needed to protect them.
Of course, American Bird Conservancy is a membership organization. Members receive, among other benefits, the quarterly magazine, Bird Conservation and the ABC Policy Council newsletter, Bird Calls, which is produced three times a year. If this organization sounds good to you (and why wouldnâ€™t it?), perhaps youâ€™d like to join. 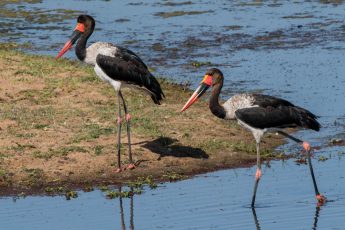