This is is the most magical time of the year, one filled with holiday cheer, festive celebrations, and… surveys of winter avifauna? That’s right! For the American birding community, the holiday season heralds more than blinking lights, tree trimming, and rampant consumerism. It’s also time for the Christmas Bird Count, which explains why we’re republishing this evergreen post!

The Christmas Bird Count (CBC) is a grand birding tradition, respected by all the respectable birders. Its roots extend back to the turn of the previous century. The National Audubon Society tells the story best:

Prior to the turn of the century, people engaged in a holiday tradition known as the Christmas “Side Hunt”: They would choose sides and go afield with their guns; whoever brought in the biggest pile of feathered (and furred) quarry won. Conservation was in its beginning stages around the turn of the 20th century, and many observers and scientists were becoming concerned about declining bird populations. Beginning on Christmas Day 1900, ornithologist Frank Chapman, an early officer in the then budding Audubon Society, proposed a new holiday tradition – a ‘Christmas Bird Census’ – that would count birds in the holidays rather than hunt them. So began the Christmas Bird Count. Thanks to the inspiration of Frank M. Chapman and the enthusiasm of twenty-seven dedicated birders, twenty-five Christmas Bird Counts were held that day. The locations ranged from Toronto, Ontario to Pacific Grove, California with most counts in or near the population centers of northeastern North America. Those original 27 Christmas Bird Counters tallied a total of 90 species on all the counts combined.

Warms the cockles of your heart, doesn’t it? But this exercise is not an idle indulgence by any means (as if birding in the dead of winter could be considered indulgent!) The CBC is a sterling example of how individual birders can make a difference. Christmas Bird Counts are organized all over North America, as well as scattered locations throughout Central and South America. Each count area is a Circle that is fifteen miles in diameter. Volunteers count all birds they see in the circle during a single specified day, always within two weeks of December 25.

The next step is the critical one. Every Circle is organized by a Compiler. Among the Compiler’s responsibilities are recruiting, organizing, and training participants and managing the logistics of the Count itself. The Compiler also aggregates the data resulting from the Count — weather, time, number of species, number per species, rare or unusual sightings, etc. The Compiler’s most important task is to report that data to the National Audubon Society.

The primary objective of the Christmas Bird Count is to monitor the status and distribution of bird populations across the Western Hemisphere. When the CBC data is combined with that of other surveys such as the North American Breeding Bird Survey, a clearer picture of how bird populations throughout the Americas have changed in time and space over the past hundred years develops. Data helps reveal the impact of diseases such as, in years past, the West Nile virus. Since birds are overall indicators of the health of our environment, the Count can also tell us a great deal about ourselves and our impact on local flora and fauna.

So, in conclusion, the Christmas Bird Count is fun, social, and noble. How can you pass that up? Like every other CBC of the 21st century, this year’s Christmas Bird Count will extend from December 14 to January 5. Maybe you’ve already made plans to participate in the count this year, and maybe you haven’t. Holiday travel usually precludes me from the Rochester CBC but Corey is usually a shoe-in for the Queens count. If you don’t know where your local count is, contact your local Audubon chapter or bird club post haste. In case you haven’t noticed, the holiday season has arrived… 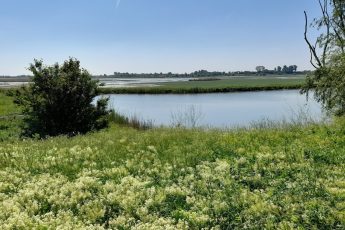 « Previous post
Where Are You Birding This Fourth Weekend of December 2012?
Next post »
Fake Eagle in Fake Video