Florida is one of America’s great avian hot spots, renowned for its impressive bird diversity. The official Florida checklist counts over 500 species, and thus Florida citizens had a wealth of State Bird candidates to choose from when they named the Florida state bird in 1927. Did they choose the delicately pink Roseate Spoonbill? The brilliantly blue and endemic Florida Scrub Jay? The striking Snail Kite?

Nope. Florida went with the Northern Mockingbird, found in all lower 48 states. This common bird is also the state bird for Arkansas, Texas (another avian hot spot), Tennessee, and Mississippi, so Florida even misses points for originality.

Okay, it’s true, Northern Mockingbirds are fascinating birds. They are spectacular singers, and can learn close to 200 songs throughout their lifetimes. They are also accomplished mimics, which I’ll admit has confused me more than once on birding trips. Northern Mockingbird songs were so prized that they became popular as caged birds in the 19th century. Too popular: in some parts of the East Coast they disappeared completely. I’m not sure I would choose a mockingbird to take up permanent residence in my home, as they can sing all day and into the night. Their songs may be beautiful, but they also get old, as anyone who has a mockingbird nesting in their backyard can tell you. Perhaps it was their relative rarity, compared to now, combined with their varied songs that prompted the Florida legislature to vote in this widespread species. In addition to being fabulous vocalists, mockingbirds are also famously aggressive. Males have specific territories that they will defend against other males, but even females will attack other females if they get too close. Think as a human you are immune? Think again! Mockingbirds will also defend their territories against dogs, cats, and people, and may even be able to recognize specific intruders before going at them, as this Guardian article demonstrates. Maybe it was their fighting spirit that Floridians admired so much.

Unfortunately, Northern Mockingbirds are declining across the country, falling almost 20% from 1966 to 2010. Still, their large range and robust population numbers maintain their status as an IUCN species of “Least Concern.”

Yes, mockingbirds, you may be interesting, but you still have no place supplanting the rest of Florida’s biodiversity by holding the title of State Bird. As Change.org, points out, State Birds can draw attention to drastically declining or rare species, increasing awareness and funding for conservation efforts. Why not choose an iconic bird that could use a little extra protection? Let the other states keep their Northern Mockingbirds, it’s time Florida embraced a new species. 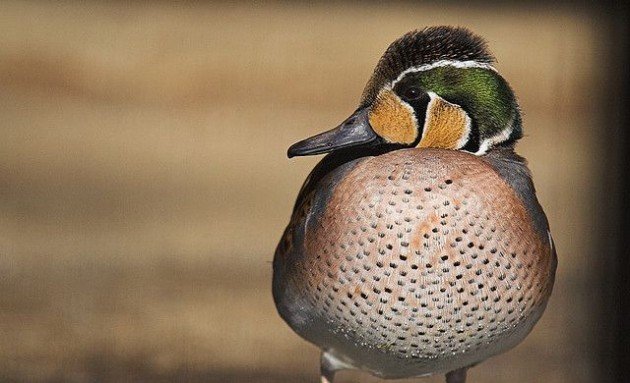 In Praise of Ducks