Feeding birds is generally regarded as a harmless past-time, a wholesome way for people to share nature and enjoy wildlife with the family. However, more and more news stories are popping up this year of communities cracking down on bird feeding. Sometimes people find themselves the victims of ill-informed home owners associations that have a phobic view of wildlife. However, other times you have people who get a little too involved with the birds/wildlife in their yards. How do you know when you are a little too involved with feeding birds?  Is it the number of bird feeders?  The amount spent on feed?  I think it depends on the obligation you feel towards the birds you are feeding. It’s one thing to add some seed, suet and fruit to the grocery list right before a snow storm hits…but if you feel stressed because you have to make your own personal mix of seed for your birds six times a day or you have personally failed and perhaps sentences some birds to certain starvation in your yard?  You may need to take a step back and evaluate.

There was a man in Minnesota who was recently charged with a misdemeanor for violating Bloomington’s city code on feeding wildlife because he was scattering seed on the ground and he wasn’t just scattering a few handfuls, witnesses had video of him dumping bags out, even after being warned about the ordinance. The area has a law in place to prevent attracting deer, you can have a bird feeder, but  you can’t offer food on the ground.  Also, you can offer bird seed but you can’t offer deer food…because there’s a big difference between the 2 (I’ve yet to meet the deer who can tell anyway). Granted, the law is written poorly, but the man was given several warnings and insisted on feeding birds on the ground and attracted huge flocks of ducks and no doubt raccoons at night.

Last week the media was eating up a story about a poor, little 80 year old woman who violated a 2009  No Trespass Order  that prohibited her from visiting local parks in Massachusetts.  Since the order went into effect, Claire Butcher continued to feed the ducks in the park and was allegedly observed bringing entire shopping carts filled with food.  The media seemed to be focusing on the idea that you would actually arrest a little old lady who just wants to feed the birds.  But at the same time, she’s providing an unnatural food source, allowing for a flock birds to stay in an area that really can’t support that many waterfowl.   Water gets tainted, birds are at risk and people are frustrated.  Can’t say that I blame them.

There’s a line between being a savvy person who knows how to get a variety of birds with several different types of bird feeders to becoming the crazy bird lady down the street who brings 20 bags of bread to the park ducks, but where is it?  And can it really be a problem?  Can you really affect the birds and is an intervention necessary.

Yes you can affect a population of birds negatively. And generally the people who do this have become such media sensations that once someone brings up the point that it should be stopped, it’s too late. A great example was the Swan Lady in Monticello, MN Sheila Lawrence. She lived on a stretch of the Mississippi River near a power plant that keeps the river open all winter long (even when it’s below zero). She started feeding the ducks and geese that used the open water in the 1980s.  As the Minnesota Department of Natural Resources began their Trumpeter Swan reintroduction program, she had a pair show up one winter.  She added more corn.  More family groups of swans began to stay and depending on what article you read, anywhere from 1500 – 2000 Trumpeter Swans spend the winter in that area and live off of 1200 – 2000 pounds of corn offered A DAY!

The area has become a local tourist attraction and it is quite something to see so many noisy and beautiful swans up close.  But the MN DNR as well as others noticed that an entire population of swans wasn’t migrating and that the birds could be at risk if there was a disease outbreak.  They ordered the Swan Lady to stop feeding…and swans started dying. The feeding had to continue. Trumpeter Swans teach the migratory route to their young.  Generation after generation of swans have learned the route ends in Monticello, MN and don’t know exactly where to go or where to find food. So the feeding continue.  Alas, the Swan Lady died and though her husband vows to continue, who will take up the torch of a ton of corn a day when he dies?  The city of Monticello?  The DNR?  Your tax dollars?  Should Trumpeter Swans be consuming that much corn (and will it be good for them in the long run as the protein content of corn is lowered by growers every year?  Will it be sustainably nutritious for them in the years to come (but the nutritional value of corn is a completely different blog post topic)? Another example would be the Eagle Lady in Alaska.  Jean Keane lived in Home and one day she noticed a couple of eagles near her home, started to put out some fish for them and then several years later she’s a hot tourist attraction using a stockpile of freezer burned fish from a local company to feed over 200 Bald Eagles a day.  It was a great way to get photos but many residents felt the eagles were a nuisance–having cleaned out my fair share of Bald Eagle traveling cranes, I can’t say that I blame them.  The Eagle Lady has also died and now the town bans the feeding of eagles and other birds.

So I offer you this word of advice if you are curious if you are feeding birds too much.  Do neighbors refer to you as bird species + Lady or Guy?  Are you the local Goose Lady? Duck Dude? Grackle Guy? You may have a problem feeding birds and need to seek some sort of 12 step program.  Birds definitely need our help when it comes to habitat preservation, but attracting hoards of birds is not the way. 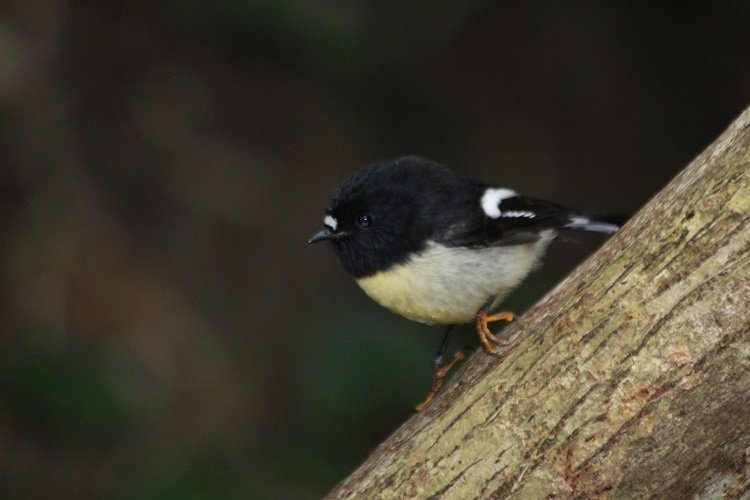