I have been very slow in sharing what was for me pretty exciting news. Yes, back in May I added a new bird to my Queens list, one that was long overdue. Finally, finally, finally, I saw a Whimbrel in Queens! It was number 311 on my Queens list and a bird that I was growing increasingly frustrated with as several are spotted in Queens each and every year.

This particular bird was the first bird I saw on a visit to the Least Tern colony just east of the Beach 59th Street jetty in Rockaway Beach. It was way down the beach and distorted by heat haze but I could make out its long downcurved bill. I had no choice but to hike further up the beach to get recognizable photographs and also to make sure that it wasn’t a much-more-on-New-York Long-billed Curlew. (Yeah, I knew it was a Whimbrel but I let myself get excited by the possibilities once and awhile. Besides, how absurd would it be to have a Long-billed Curlew on my Queens list and still lack Whimbrel? Oh, no more absurd than having Red-necked Stint, Ruff, Sharp-tailed Sandpiper and Curlew Sandpiper before Whimbrel? Very well, ignore this increasingly long parenthetical.)

Once I had recognizable-though-still-distorted-by heat-haze images I just let myself enjoy the moment. There I was, on a beach with only birds for company, on a nice May evening. What could be better? Sometimes, you just have to enjoy what you have in front of you. That’s much easier when it is a long-sought-after county bird.

Of course, I was soon distracted by the antics of Sanderlings, the flock of Laughing Gulls, the pairing-up Least Terns. Oh, and Piping Plovers. Yeah, it’s nice to add a bird to the county list but I can still enjoy them all. 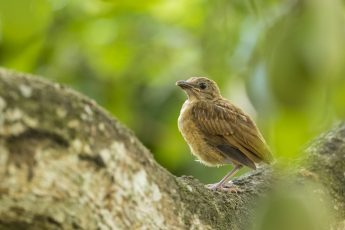