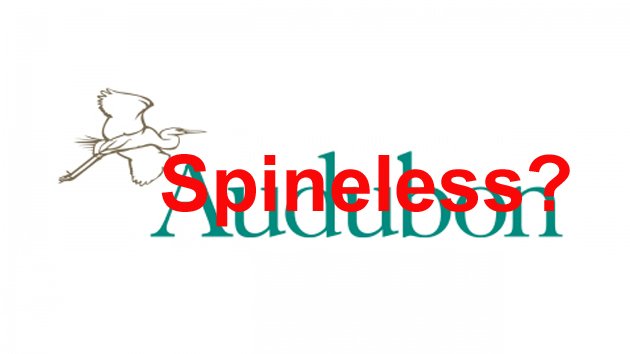 On 14 March, 2013, the Orlando Sentinel published an opinion piece by Ted Williams under the headline “Trap, neuter, return programs make feral-cat problem worse.” In the piece he made the arguments that one normally makes when arguing against trap-neuter-return (TNR): it encourages more abandonment, it’s ineffective at reducing feral cat populations, the colonies are reservoirs for diseases that can infect people and other species, the cats often suffer from grievous injuries, and the cats kill native wildlife. Pretty standard. He also quoted a biologist pointing out how extreme the TNR people are and gave a few examples. Then he gave a couple of alternative solutions to the feral cat problem:

There are two effective, humane alternatives to the cat hell of TNR. One is Tylenol (the human pain medication) — a completely selective feral-cat poison. But the TNR lobby has blocked its registration for this use. The other is trap and euthanize. TE is practiced by state and federal wildlife managers; but municipal TE needs to happen if the annihilation of native wildlife is to be significantly slowed.

The line about using Tylenol was like setting a pack of firecrackers off beneath the extremists at Alley Cat Allies, who are pretty notorious for claiming that feral cats are “a natural part of the landscape” and “play important roles in the ecosystem.” By the very next day they were calling on their mindless followers to email the National Audubon Society’s CEO, David Yarnold, and Chairman, B Holt Thrasher, to call for Williams’ dismissal because he “just published a major newspaper editorial calling on the public to kill millions of cats by poisoning them with Tylenol.”

Wait, what? Is that what Ted said? Ted not only did not call on anyone to poison cats but he pointed out that Tylenol is not registered for use in killing cats.

Never ones to let facts stand in the way of a good, old-fashioned, witch-hunt, the hordes of cat crazies heeded the call of their overlords and not only sent emails but essentially took over the National Audubon Society’s Facebook page.  By the very next day, 16 March 2013, National Audubon Society announced on their Facebook page that they had suspended their contract with Ted Williams and removed him from their masthead as editor-at-large “pending further review.”

How is it that a little-known organization of extremists (even PETA does not oppose trap-and-euthanize because they recognize it is often less cruel than TNR) with an annual budget of about $5 million could cow a nationally recognized, respected, conservation organization that had over $300 million in assets in 2010? And why would the National Audubon Society cave so quickly to an organization completely at odds with its conservation mission?

It can’t be because of the content of the column Ted Williams wrote. What he wrote was not incendiary, not reckless, and not out of the mainstream among conservationists. Even the fact that his byline originally read “Ted Williams is editor-at-large for Audubon magazine” does not seem like it would be much of an issue, especially as it was subsequently revised to read “Ted Williams writes an independent column for Audubon magazine. His views do not necessarily reflect those of the National Audubon Society.” It is not hard to find other examples of articles that Williams has written that have similar statements about him being an editor-at-large for Audubon. Not only that, but the harmless statement about Tylenol was edited out of the column as well.

And just a bunch of cat crazies posting on a Facebook page couldn’t have been what did it either. After all, if the much smaller North Carolina Audubon could weather the off road vehicle (ORV) extremists who flooded the North Carolina Audubon Facebook page in the wake of the new ORV policy for Cape Hatteras then the national could certainly handle a week or so of crazy cat people. What reason is there then?

In a conversation about this issue on Facebook a former Audubon staffer explained Audubon’s reasoning this way:

OK, I’m gonna say it. Money talks. Not signatures. Check out the annual budget for Alley Cat Allies. Then check out the budget for ABC’s cats indoors program. Don’t even bother to look for a cat issue budget at Audubon–if things are as they were when I was there, I can count the cat issue dollars budgeted there on the fist of one hand ($0). So if you are Audubon, and nobody is giving you money to deal with the cat issue, and lots of vocal cat people are quick to vilify you, it isn’t surprising to make the kind of call they did to dump Ted and try to distance themselves from this issue. Yes, they have a long-published statement. Just ask anyone on the board back when they passed their board resolution how easy it was to do that–and what have they done to back it up recently? I’ve spent a lot of heartbeats on this issue. And we won’t see change without some real $ and a stronger stomach and political will to take on this problem.

So, is that it? Did the National Audubon Society pull the rug out from under a thirty-plus-years contributor because there was no money in backing him or his issue and they got spooked by a bunch of comments on Facebook? I can’t come up with another reason that makes sense. The closest thing to a reason that has been given publicly for the decision that the National Audubon Society made is as follows:

Mr. Williams described using over-the-counter drugs to poison cats. And because of Mr. Williams’ stated affiliation with Audubon in that original piece, some readers assumed that Audubon was endorsing this approach. We do not. We regret any misimpression that Mr. Williams was speaking for us in any way: He wasn’t.

When I contacted the National Audubon Society for comment I was offered the following, essentially a rewording of their public statement:

In the course of the original piece, which has since been edited by the Orlando Sentinel, Mr. Williams described using over-the-counter drugs to poison cats. And because of Mr. Williams’ stated affiliation with Audubon in that original piece, some readers assumed that Audubon was endorsing this approach. We do not.

There was confusion. The confusion was quickly cleared up. Why did this lead to Ted Williams being suspended? It can only be because the National Audubon Society sees no gain in standing up to the cat crazies.

Ironically, in caving in to the cat crazies the National Audubon Society for the first time I can recall put the issues surrounding the native wildlife holocaust that outdoor cats are causing on the front page of the National Audubon Society’s website. This reminds me that the saddest part of this whole kerfuffle isn’t that Ted Williams’ work might no longer appear in the pages of Audubon Magazine.

No, to me the saddest part of this whole situation is that the National Audubon Society has been missing in action for years on what is one of the most crucial conservation challenges facing our native birds, mammals, and herps. As soon as they are challenged in the slightest by an organization dedicated to perpetuating the destruction of native wildlife by feral cats the National Audubon Society, an organization that used to have wardens willing to lay down their lives to protect birds, caved. An organization that used to have staff willing to face armed opposition is now afraid of keyboard commandos writing mean things on a Facebook wall. That is pathetic.

A good first step to getting back to the Audubon of old, the Audubon that still had some fight in it, the Audubon that was actually respected, would be to finish up their “review” quickly and fully reinstate Ted Williams to his post as editor-at-large. A good next step would be to devote a significant annual budget to fighting the lies and propaganda that Alley Cat Allies and their ilk put out. If the weight of an organization like the National Audubon Society was added to the great work that the American Bird Conservancy has been doing some real change could be made and lots of birds could be saved. And isn’t that what the National Audubon Society is supposed to be all about? Is Audubon spinning in his grave at what his namesake has become?

« Previous post
World Sparrow Day 2013
Next post »
It may be hard to swallow, but Bumpus could get bumped to the back burner