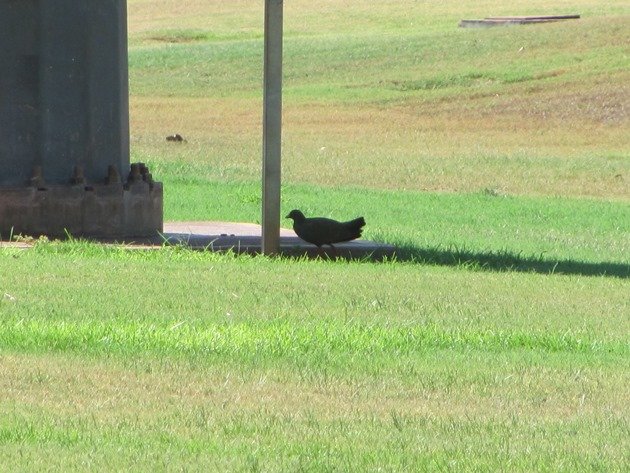 Sometimes birds just don’t do what you expect! Black-tailed Native-hens are an irruptive species that can show up anywhere, but generally when they do show up there are large numbers of them. You would expect to see them at the ephemeral lakes around Broome some years, but not every year and they are more common in the south of Australia. It came as quite a surprise on January 11th when we pulled up at the Sport’s grounds near the Broome Airport to look at the Eastern Yellow Wagtails that frequent the area at this time of year to see a Black-tailed Native-hen. It was stood in the shade of one of the tall lighting towers and appeared to be quite content and alone. We found out from another birder that it had been there for two days at least and always alone! Black-tailed Native-hen in the shade of the lighting tower

I got out of the vehicle and moved closer and it ran out into the sunshine, stopped and looked at me and then went into the garden bed! Black-tailed Native-hen on the Sport’s ground

Now these are the bird species that appear to know when rain is imminent and move accordingly in large numbers, but this lone Black-tailed Native-hen appears to have decided to venture off on its own. The rain didn’t come for a couple of weeks and no more Black-tailed Native-hens arrived at the Sport’s ground! Maybe it was the only one of its species to make a New Year’s Resolution regarding spending time at Sport’s grounds! It rained heavily on 24th January and a gravel pit at the edge of the car-park for the Sport’s ground filled up with water. On a visit during another rain shower on 27th January we saw it had moved there and was happily feeding, but was still alone! Black-tailed Native-hen in the rain!

It has found water, but when will it find a friend?! This is the smallest flock of Black-tailed Native-hens we have encountered and I am wondering what is the biggest flock you have seen?! 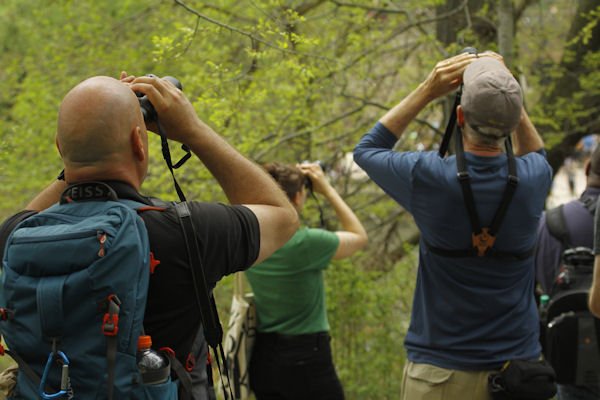