One of the most difficult of all things to endure for a crow, a raven, a wolf, or a human is to feel alone and separated from one’s own kind. A sense of belonging is one of the most universal of all feelings. — Lawrence Kilham

Two ravens just glided passed my window, really nothing more than black streaks against the dark steel grey of an Arctic mid-morning winter sky. They are my constant companions throughout the sunless Arctic winter, and that would be enough to love them. But there is so much more about Ravens to love, so much more than just their resilience and adaptiveness.

It is hard to imagine a bird more resilient than a Raven (Corvus corax). Oh sure, there are other birds that spend the winter in the high Arctic, but few thrive like the Raven. It is not unusual to see more than a hundred birds in a town such as Arctic Bay in the dead of winter. And the other birds that spend winters in the Arctic are arctic specialists, ptarmigan, gyrfalcons, birds of open water, such as eider, Ivory Gulls and the like. The Raven on the other hand can be found over much of North America, indeed over much of the Northern hemisphere, carving niches for itself no matter where it finds itself, deep in the wilderness, rural areas, and side by side with humans in the urban wilderness.

A large part of their success can be attributed to their intelligence. All of the corvids (crows, jays, ravens, magpies etc) are intelligent, and the Raven have been shown to be the most intelligent of them all. They are problem solvers, with a proven record of rational thought, something that was long thought of being solely a human trait. Ask anyone who has lived in the north, and they will have a story about Ravens circumventing our attempts to keep garbage away from them, or their ability to get the food that we so abundantly have in our midst. My personal favourite: When I lived in Thompson, in northern Manitoba, there was a dog chained to a post along my jogging route. Every morning, as I jogged by the dog it would be straining at its chain, trying to get a raven dancing in front of it, just out of reach. And while this raven jumped and called and danced, inches from the dog’s muzzle, keeping it distracted, four or five other ravens quietly ate from the dog’s bowl. The dog’s owner must have marveled at how much the dog ate, never seeming to gain weight.

Another story… when I lived in Fort Providence, in the Northwest Territories I cared for several Ravens, that were sick or had been injured. I tried to keep their diet varied, but I often relied on dog food, I knew their penchant for it. The first one I cared for I called Poe (what else?) and I kept him in a small mew just outside my kitchen window. After a couple of days I noticed another raven would come and visit Poe, the two hanging out together separated by the wire mesh. I was amazed as I watched one morning, peeking around the curtain, to see that Poe was giving the other Raven food. He would pick up dog food from the container, take it over to the other raven and pass it through the chicken wire.

And Ravens play! Oh how they play. Every windy day you can find them soaring, tumbling, dancing on the wind currents around our House. Masters of those swirling currents, they can spend an hour or more before, tiring of the game, they head off looking for new adventures, or a dog’s bowl to rob. I swear I’ve seen them playing a game of tag. I watched as two Ravens chased each other, the quarry bobbing and weaving, twisting and turning until the other raven finally could lay talons on it, and then the roles reversed. At first I thought that one had some tasty morsel that the other coveted, but as I watched the game continue, the role of chaser and chasee being reversed several times, I could see that neither carried anything, that they seemed to be doing this for the shear joy of it. How can you not love a bird that plays.

Much maligned, no doubt because of their colour and their penchant for scavaging, they are a beautiful bird up close. Shiny black, they glisten in the sun. They have a regal visage and intelligent eyes. I’ve often looked into those eyes, looking back at me, from my deck or a lamp pole. Looking in them I can not help but connect with this bird, and imagine that it is recognizing that connection with me at it returns my gaze. This post was written by the incomparable Clare Kines, proprietor of both Kiggavik Bed and Breakfast in Nunavut, Arctic Bay and The House & other Arctic Musings. I truly cannot say enough about Clare except perhaps that his passion for Ravens is understandable considering that he might go for months without seeing anything else! – Mike 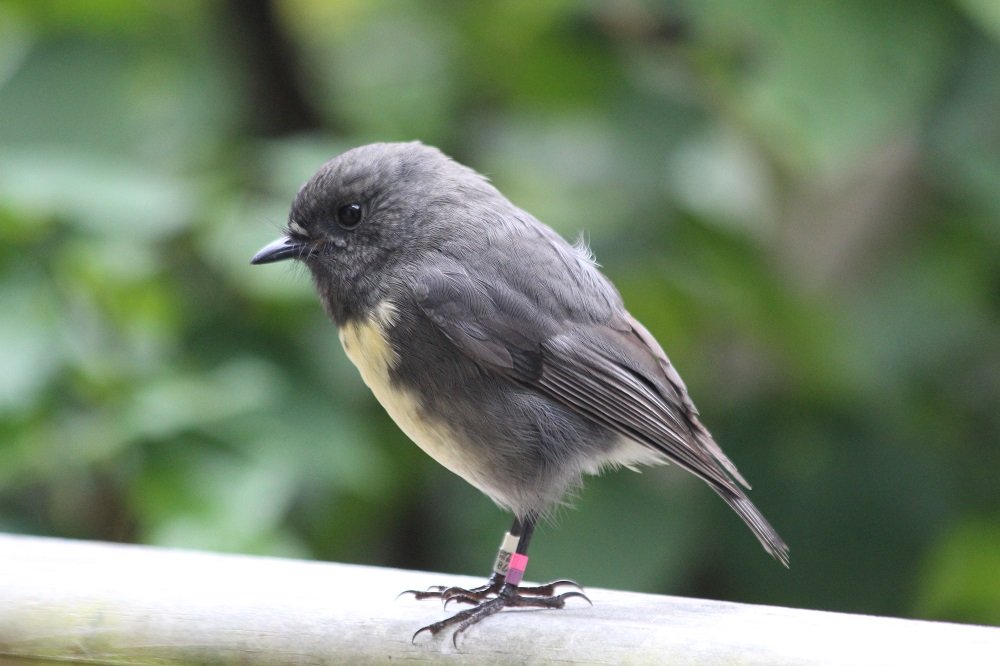 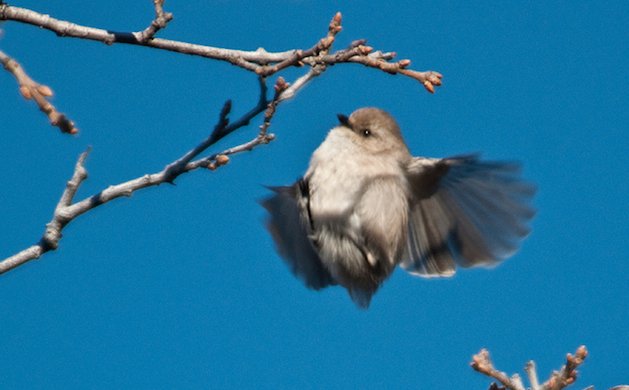 « Previous post
Birding with a Non-birder
Next post »
What Would You Buy For The Birder You Love?