Broome is known worldwide for its amazing birdlife, and Roebuck Bay is regarded as the most significant site in Australia for shorebirds. Roebuck Bay has the greatest diversity of shorebird species of any site on the planet and around 150,000 of these birds visit annually. All of this is as a result of the incredibly rich life in the mudflats, which the shorebirds rely on.

The shorebirds have to feed around the tides, which are extreme in this part of Australia. The tidal range is 10 metres and is something to be seen! The best views of shorebirds are approximately two hours before and two hours after the high tide. At this time the birds are roosting in large flocks and it is possible to get very close views from the pindan cliffs. The most common species to be seen are Bar-tailed Godwit, Black-tailed Godwit, Great Knot and Red Knot. You can expect to see Grey-tailed Tattlers and Terek Sandpipers on the rocky outcrops and large mixed flocks of Greater Sand Plover, Lesser Sand Plover and Red-necked Stint. On closer observation you will discover the Curlew Sandpipers, Broad-billed Sandpipers, Asian Dowitchers, Grey and Pacific Golden Plovers. All of these birds are reliant on the food in the mud, and with their different length bills they are all reaching different depths and different food.

All of the research into the mud in Roebuck Bay has been done by NIOZ (Royal Netherlands Institute for Sea Research, Texel) starting in 1997. They have discovered many new benthic species over the years and more continue to be found. The mud is regularly monitored by the Broome Bird Observatory and volunteers and small samples are taken and sorted. Brittle stars are kept separate as they are the most common item discovered. From the NIOZ reports we know that almost 29,500 benthic animals have been sorted and assigned names – a total of 139 different taxa, including 40 species of bivalve, 26 species of gastropods, 2 species of scaphopods, 7 species of echinoderms and 17 species of crab. There are also huge seagrass beds, which are mainly Halophila ovalis and Halodule uninervis. Dugong feeding trails can be observed on a low tide. You would have to be a pretty unlucky bird to stand on a bivalve and have it clamp onto your foot, but this is what we saw earlier this year. The Red Knot in the photo below was still able to fly and we contacted various people around the world to see if they had had similar experiences. It has been seen on Great and Red Knot in the Geum estuary (South Korea) and Wadden Sea (northern Europe), and gulls in the Yalu river mouth (China). A Kentish Plover was observed in Bohai Bay (China) this year in a similar predicament and could no longer fly, but on removal of the bivalve it soon took flight. No doubt the foot will eventually fall off, but how unlucky could you be. Anyone else seen this? These birds travel incredible distances every year and it is truly amazing that they can survive so long. By collecting data we can only hope to help them out into the future. They compete for food in Bohai Bay with the local fishermen, but they have all the benthic animals they want here! They have to put on a lot of weight before they make their journey north each year and it is clearly visible as they get a rather rotund body profile! Some birds appear in Roebuck Bay and disappear as fast as they came. Black-winged Stilt can be present in their hundreds and then suddenly gone. One of our marked birds recently showed up at Tennant Creek in the Northern Territory and another south of Perth. Red-necked Avocet make an appearance some years and not others. The sewerage works are always a good place to look for birds in outback Australia and we have had up to eight Swinhoe’s Snipe present this year in Broome. If there are Stilt present they will be the first to take flight! Now for the promised “non bird” photo! This is an Olive sea snake Aipysurus laevis that washed up….quite a common occurrence and where possible we put them back in the sea so they have a chance, and if they don’t make it they “are going back into the food cycle”.
Broome shorebirds
Share: 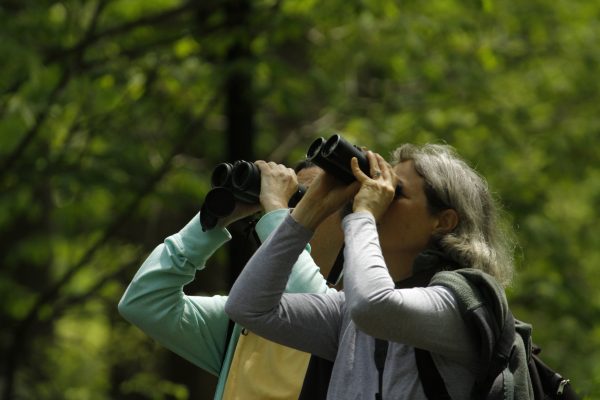