Lovebirds, Boo-birds, and a Young Birder Who Needs Our Support: This Week in Bird News 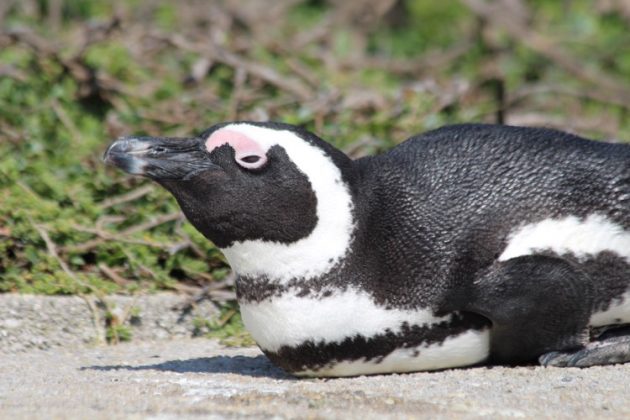 There’s lots of disheartening stuff going on in the bird world this week, so let’s start with some love in the air, in honor of Valentine’s Day:

An avian version of “The Dating Game” at a Chicago-area zoo aims to reveal how best to manage mating in captivity.

New research in The Auk suggests that small drones may be a good way to count songbirds.

Bad news: The massive Common Murre die-off along the U.S. and Canadian West Coasts last year appears to be caused by warmer-than-usual water which decimated stocks of the birds’ preferred fish.

Young African Penguins (like the individual Duncan photographed above) appear to be facing the same sort of threat to their diet—and their survival.

In fact, the effects of climate change—and the damage that’s already done—may be even worse than we thought.

Scientists are considering whether playing god with the genes of predators may save New Zealand’s iconic Kiwi Bird.

Lastly, I have a big ask for all of you. In England, there’s a 14-year-old blogger whose life list already includes more than 4,400 bird species. (!! I know, right?!) But for any number of petty excuses—maybe because she’s a girl, maybe because she’s Muslim, maybe simply because she’s smart and good at birding—she’s attracted the wrath of so many despicable trolls that she’s considering shutting down her blog and ditching social media altogether. As birders and general all-around good people, let’s show her some love and support her, letting her know that all are welcome and respected in the wonderful activity we so enjoy.

Skywatch Friday in its Fifth Season