My sightings of Greater Roadrunners have often proved to be eccentric and unpredictable. Having spent all morning bashing the Sonoran Desert hoping to find my lifer roadrunner for example, I retired to a burger restaurant only to watch Mrs Geococcyx brazenly skip down the drive-through lane and cock an eye up at the delivery window. 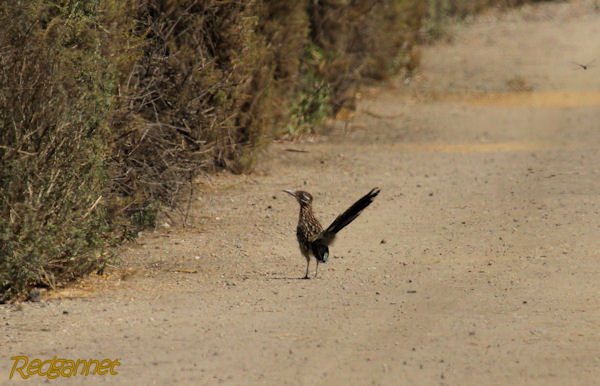 All my sightings up until now have come from Arizona. They always catch me by surprise, even when I am looking for them, so it came as quite a shock when one stepped out in front of me in Orange County, Ca. The reserve at San Joaquin had already been very generous to me, so I was delighted to add to my California list in such style.

But even better was to come. New to California, indeed new to my North America list, was a Red-necked Phalarope, Phalaropus lobatus. 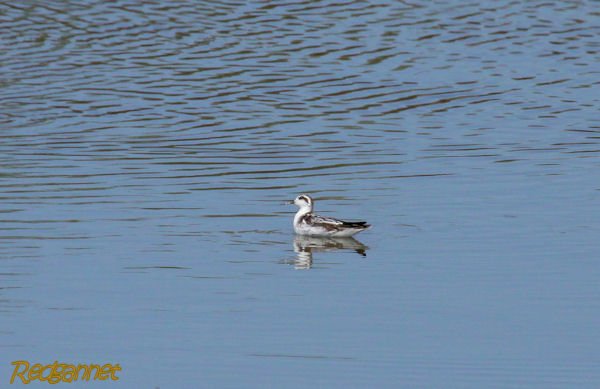 In the famed Pond C, a few Black-necked Stilts and American Avocets swept through the shallow water. When a Cooper’s Hawk flew over the birds closed ranks and when they dispersed after the danger had passed, a small black and white bird was left in the middle of the pond.

It came across to the bank beneath me for a few moments, allowing a nice close view. A second bird flew in to join it for a short while before flying out, leaving the first bird alone again. 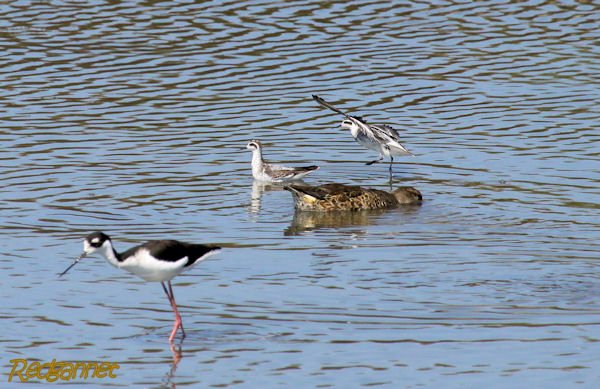 Previously, my encounters with Red-necked Phalaropes had been limited to Japan and Hong Kong, so it was quite a kick to get one on my American list.

Best Bird of the Weekend (Last of February 2010)