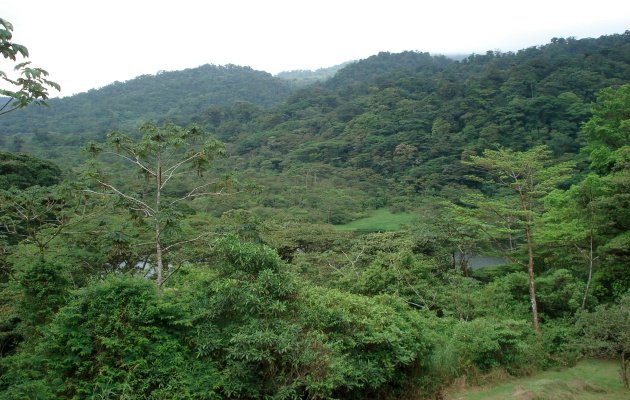 12 species of cuckoos are on the Costa Rica bird list. One of them, the Greater Ani, is rare and odd vagrant that has only been seen a few times in the canals of Tortuguero National Park.

Another, the Cocos Cuckoo requires a looong (but pelagic filled!) boat ride to Cocos Island. However, the ani is easily seen in many other places and, as long as you reach its island home, the Cocos Cuckoo is fairly easy to see.

I can’t say the same for the other especially tough cuckoo in Costa Rica, the one and only Rufous-vented Ground-Cuckoo (or RVG as I like to call it).

Although it it actually has a large range, the ability and tendency of the RVG to evade birders, even very experienced birders, is legendary. Many a birder with years of experience in the Neotropical region has never ever seen or heard an RVG. Similar to birding in forest with felines, I suspect that many people have actually walked near silent ground-cuckoos on more than one occasion.

This is because if RVG doesn’t want to be seen, it won’t be seen. I have heard stories where a couple of people are walking on a trail and after the first person passes, a ground-cuckoo is seen running across the trail by the second person who stayed back to quietly wait and watch birds. Stealthy, quiet, sneaky and smart, the forest roadrunner is like a feathered cat.

Speaking of cats, I am reminded of an experience a co-worker of mine had while surveying birds years ago in Washington state. He had stopped his vehicle on a forest road to check a map and just happened to look back back behind the car. At that moment, a Puma ran across the road. He was of course happily flabbergasted. Was it waiting for him to drive past before crossing the trail? I would say that is pretty likely, and I bet the ground-cuckoo does the same.

After seeing a ground-cuckoo up close and how it ran through the vegetation without the slightest movement of stalk or leaf, I think I know partly why they are rarely ever seen. After watching the only Rufous-vented Ground-Cuckoo I have seen well watch me for some time from the forest, I suspect that a certain degree of intelligence also plays a role. Knowing how rough and tough it is to see this mega bird, I completely understand why the past few days have seen birders in Costa Rica rush to the Pocosol Station in the Children’s Eternal Rainforest.

Last week, thanks to a vigilant volunteer, a ground-cuckoo was seen with army ants in the dense foothill rainforests of this excellent, off-track birding site. The site manager, Fabio Araya, went to check it out and lo and behold, there wasn’t just one bird, but…3 or 4…RVGs. It was a ground-cuckoo family and they weren’t even shy!

Fabio got the word out and since then, at least 70 local birders (and likely more) have gone to see them, all with success. Many of them got their lifer RVG, even guides and birders who have been watching birds in Costa Rica for years. Diego Quesada, Friend and part-owner of Birding Experiences wrote something about this long awaited lifer. Others have posted pictures and videos, I especially look forward to videos taken by another friend, Juan Diego Vargas. Owner of Lifer Birding Tours, Juan Diego captured footage of the ground-cuckoos with various prey items, he plans on writing a paper about it.

Team Tyto (me and my other, more fantastic half) haven’t made the trip because getting there requires a vehicle with more clearance. Hopefully, we will get there in time to see the RVG show, if not, I know a few other good places to see them too. In the meantime, I hope the birds stick around for more birders to see it, including one or two flying in to Costa Roca for that very purpose! I hope the the RVGs stay but if they fade back into the forest over the next few days, you can never go wrong with birding at Pocosol.