A few hours of birding on Mauritius Island 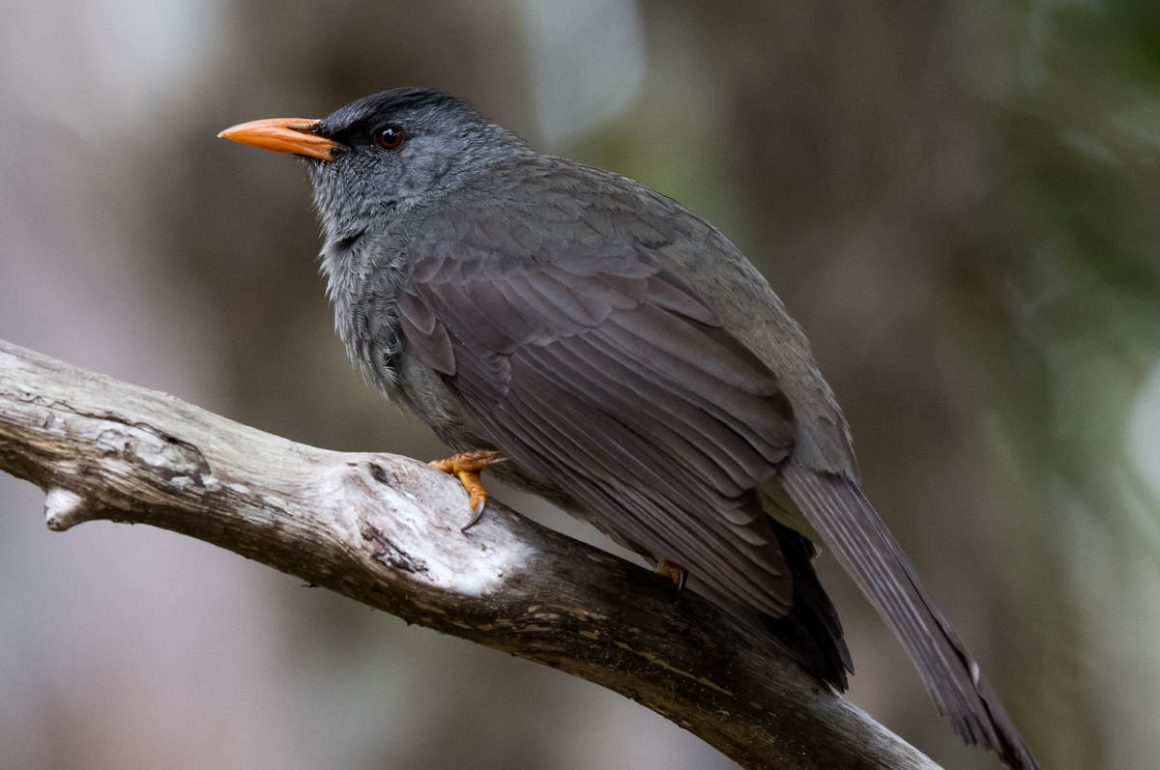 Apparently, Mauritius has one of the lowest tax rates in the world. Offshore businesses located in Mauritius that do not do business with Mauritians nor use Mauritian currency are exempt from Mauritian taxes.

Bird-wise, Mauritius is probably primarily known for a bird that no longer exists, the dodo. Kind of a weird claim to fame from an ornithological point of view.

I spent a few hours on Mauritius flying from Shanghai to Cape Town, South Africa, and decided to use this time for a short trip to a nature reserve on Mauritius, the Black River Gorges National Park.

Being an island, Mauritius has its share of endemics, extinct endemics (the dodo again), and introduced species. I saw a few of each group, with the obvious exception of the second one. For some reason, the introduced ones seem to be the easiest ones to see – shouldn’t they have a harder time on an island they did not specifically evolve on or for? Or does nature favor the equivalent of swiss army knives, capable of doing everything?

The Red Fody is an introduced species, though from nearby, sort of (Madagascar). Quite nice looking, though. I could not have designed a nicer-looking red bird.

The Mauritius Fody (endangered) looks quite similar, but I did not see it.

The Red-whiskered Bulbul is also an introduced species, probably joking about being stranded on an island (warning: this is an inside joke based on the Latin name of the bird, P. jocusus, which means “joking” or “humorous”. Yes, I know, if you have to explain it, it is not funny any longer). For some reason (which I do not dare to call “Americanocentrism” or something similar), the HBW entry mostly focuses on a few introduced populations in the US, even though those are rather irrelevant for the species as a whole. Admittedly, so is the population on Mauritius, except for the individual birds themselves.

So is the Village Weaver … wait, aren’t there any birds that were not introduced to Mauritius? This is getting kind of boring … What happened to Mauritius’ native birds (and I do not mean the dodo)?

Of course, the Common Myna is not a native species either. According to the HBW, “The Common Myna, a native of southern Asia, was widely introduced (mainly for pest control) in the late 1800s in many far-flung areas of the world”. I was more curious about the Latin species name (I did Latin at school and remember that “tristis” means sad or unhappy). It seems it just comes from the dark color of the bird, though I feel that the yellow bits of the bird’s face lighten up the appearance considerably.

Maybe the sadness is because the IUCN declared this myna as one of the only three birds among the world’s 100 worst invasive species.

You will not be surprised to hear that the Common Waxbill is also introduced – from West Africa this time. This species has also established a presence in South America (Brazil) and Iberia. Not sure whether it does any damage to native species anywhere, but in pure optical terms, it certainly has a positive contribution.

White-tailed Tropicbirds are the smallest of three related species of tropicbirds. While they are native to the sea around Mauritius, they are not very fond of land, instead spending most of their time out over the sea. According to Wikipedia, the ancient Chamorro people believed that when it screamed over a house it meant that someone would soon die or that an unmarried girl was pregnant (apparently similarly catastrophic events, I guess). Which seems a bit weird – on the one hand, how likely is it that a mostly pelagic bird screams over a house, on the other hand, how did this legend of ancient people survive into modern times and made it into Wikipedia? Maybe I am not the only one occasionally making some bizarre facts up.

The Echo Parakeet is indeed a Mauritius native. Unfortunately, to me, it looks indistinguishable from the Rose-ringed Parakeet (with which it was formerly considered conspecific), which was introduced to Mauritius. So, it is your choice whether to see the photos below as the rather common Rose-ringed or the vulnerable and endemic Echo Parakeet. I would not bet my money on the latter, statistically speaking (though the area where I saw these birds is the stronghold of the Echo Parakeet and though my guide Nicolas from Yanature assured me we saw both species).

The Echo Parakeet is actually an example of a successful conservation story – details here.

Finally, we are getting to the definite endemics. Helpfully, three out of four of these species’ names start with “Mauritius”, indicating their endemic status. Less helpful for the visiting birdwatcher and even more for the species themselves is that three out of four of them are vulnerable, highlighting the precarious situation of birds endemic to small islands.

The only non-endangered one is the Mauritius Grey White-Eye. Looks a bit like one of the White-Eyes we have here in China, but taken as a black-and-white photo. In terms of conservation, it helps that the species is not very selective regarding its habitat, or to quote the HBW “The most catholic bird in its habitat choice on Mauritius, with exception of introduced Red-whiskered Bulbul” (sidenote: I still find it slightly confusing that the word “catholic” means both “related to the catholic church” and “broad in sympathies, tastes, or interests”, according to Webster).

The last three species are all Mauritius endemics classified as vulnerable: The Mauritius Bulbul, a rather beautiful, large but rare species (with an estimated 280 pairs in 1993), partly because “in earlier times, it was often served as a dish on festive days” (Wikipedia) …

… the Mauritius Cuckooshrike (a male here – the female looks much more attractive to me, and eBird remarks that “males and females are strikingly different”), of which about 300 pairs existed in 2000 …

… and the Pink Pigeon, a bird that strikes me as relatively ugly even by the low standards of doves and pigeons. However, thinking of the species made me think of the word “pigeonholed” and then wonder about its origins – the answer can be found here (spoiler alert: it did originally indeed have some connection to pigeons). Oh, the wonders of the internet for people with too much time on their hands. As a bonus, I learned a new word, “peristeronic”, “of or relating to pigeons”, which will certainly come in handy in my future career as a management consultant.

The species is a good example of a peristeronic (!) conservation success, with the free-living population in Mauritius rising from 77 individuals in1994 to more than 300 individuals since 2000.

Did not see the Mauritius Kestrel though, which at some point was considered to be the rarest bird in the world, with only 4 known individuals in 1974. Things look better now, with 400 individuals in 400, but the species is still listed as Endangered.

Where Are You Birding This Third Weekend of August 2009?

Where Are You Birding This Third Weekend of September 2014?

« Previous post
When We Go High, We Go Low
Next post »
A few more birds and streetlights