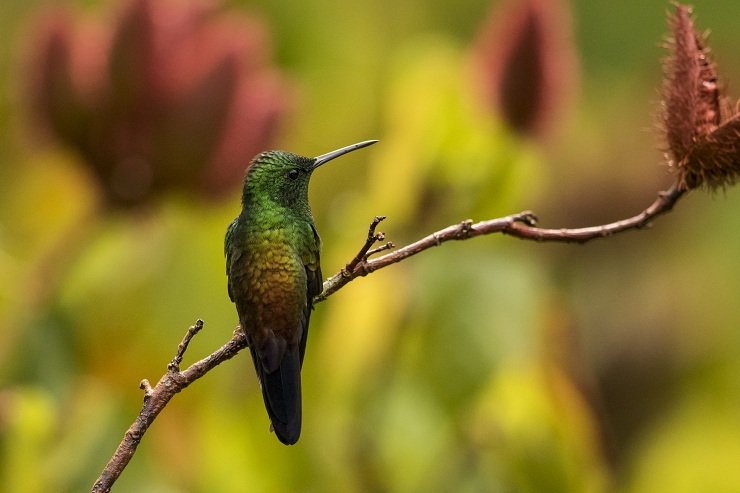 Most of us are already familiar with hummingbirds, whether in the flesh or in glorious, birdy dreams of lush tropical rainforests. They are one of the most famous families of birds, and for good reason. Buckets of energy crammed into an exceedingly tiny body, they can fly in every imaginable direction, change colour at will and consistently are treading the thin line between life and death.

Trinidad and Tobago has historically had seventeen species on record, sixteen on Trinidad and six on Tobago. Most of these are common residents and can be seen all year round. Oftentimes even the uncommon to scarce residents play nice, one can easily view fifteen species on a single visit to the twin island republic. Most visible are the ubiquitous Copper-rumped Hummingbirds. Often taken for granted by residents of the islands, these feisty birds are only found within T&T and Venezuela – making them life birds for the majority of visiting birders.

Secretive but widespread, the three species of hermits – Little, Rufous-breasted and Green – are also fairly easy to observe as they feed on various heliconia flowers. 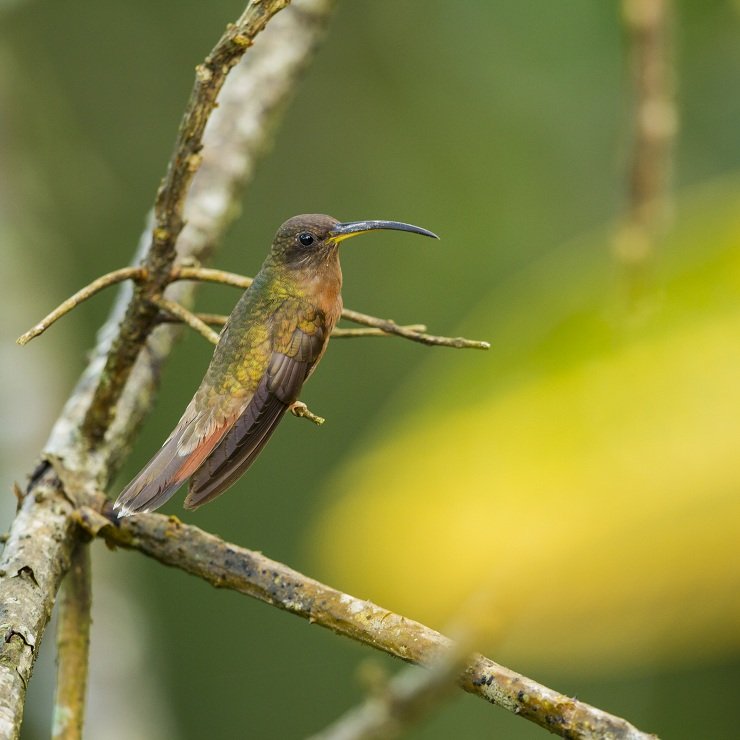 Extremely visible White-necked Jacobins and Black-throated Mangos tussle over canopy feeding rights, both species also frequent artificial feeders quite regularly during the right time of year. The latter species has a penchant for choosing exposed nesting locations, the reasons for which remain unclear. 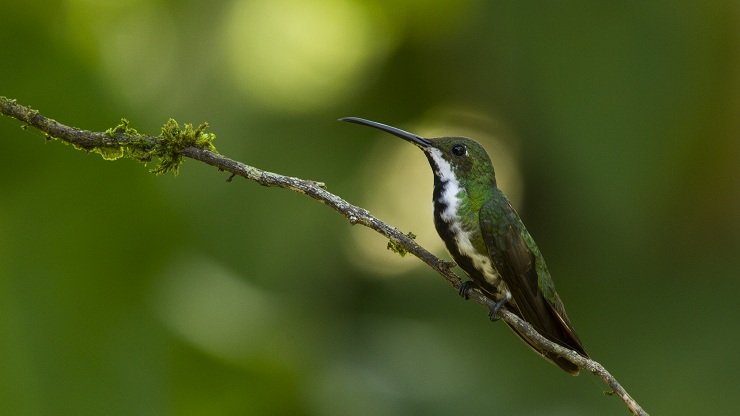 The diminutive but rather extravagant Tufted Coquette will likely never come to a feeder, but is perfectly content to feed on the abundance of flowering shrubs throughout forested areas on Trinidad. 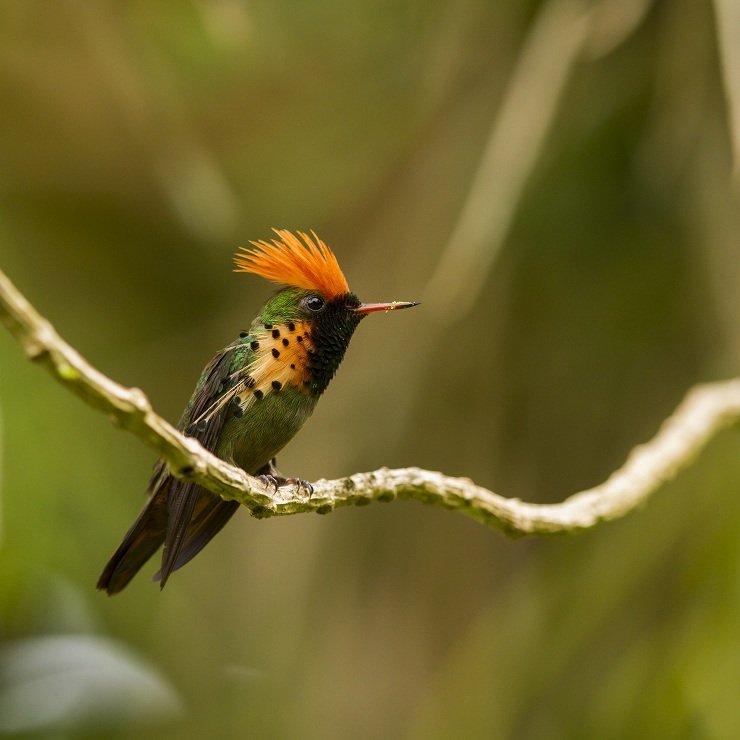 Some habitat-specialists are overall less common but still dependable within the correct environment. Green-throated Mangos prefer mangrove forests, although they do sometimes wander. White-tailed Goldenthroats require a little more work, as they feed on open savannas and seasonally flooded wet pastures. Even the mighty White-tailed Sabrewing, still listed as Near Threatened but recovering after Hurricane Flora in 1963, is regularly encountered within the rainforests of Tobago. 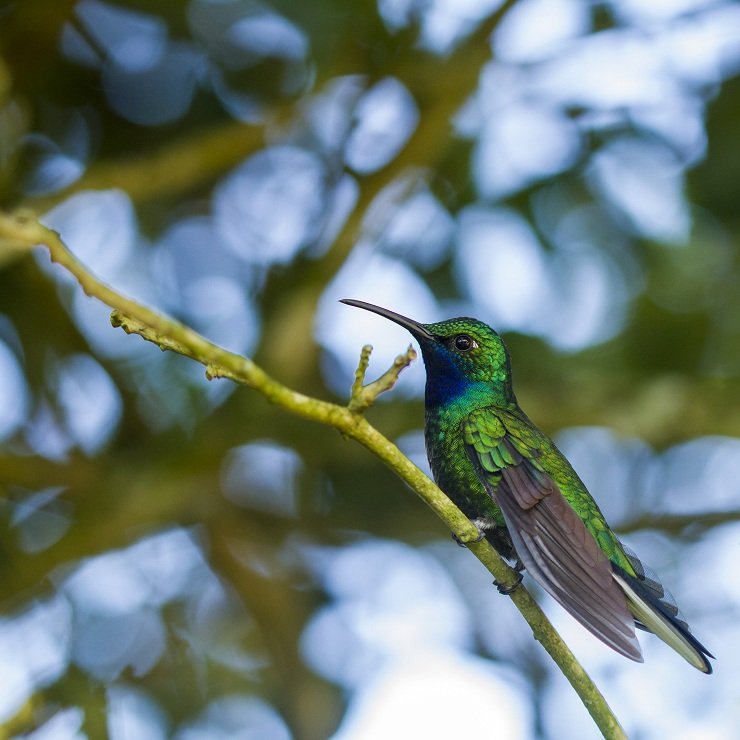 The mysterious Brown Violetear is the scarcest member of the slate of resident hummingbirds. Some days, it will appear at a hummingbird feeder, feeding alongside the more common species before it returns to the forest to return unannounced some months later. 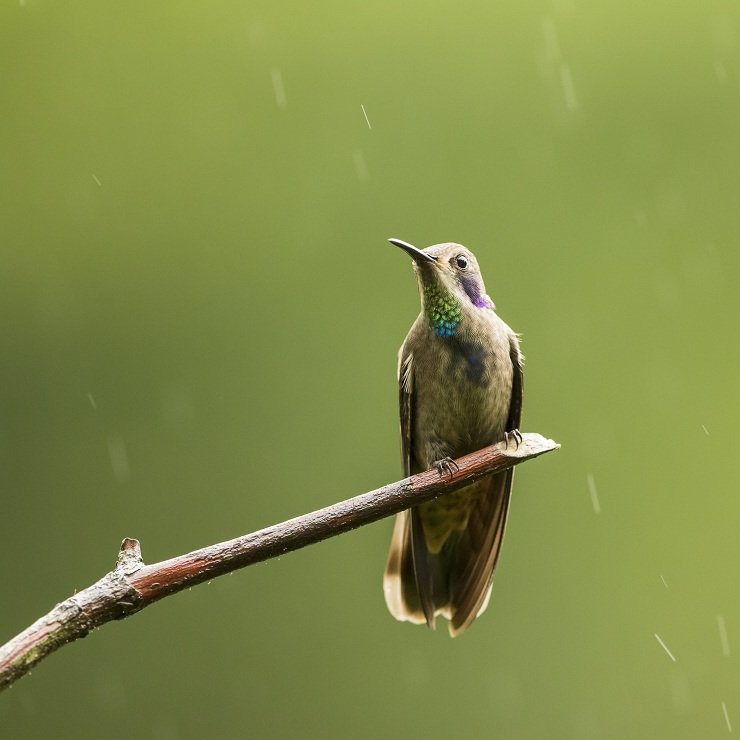 As far as migratory species goes, T&T has only one – and it is possibly the most sought after. Fortunately, the Ruby Topaz shines brightly within forests, wetlands and even suburban gardens on both islands. 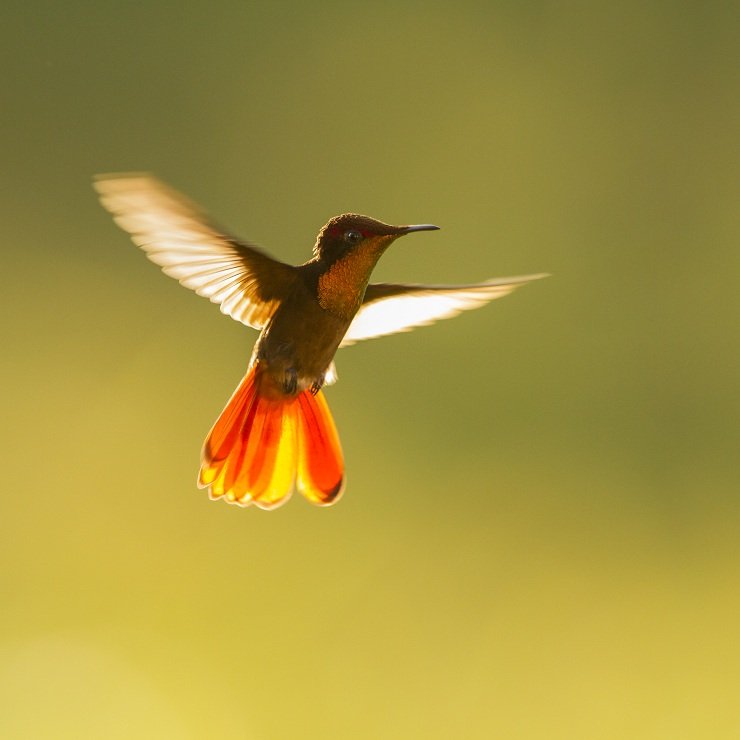 As you may have gathered by now, finding hummingbirds within T&T is pretty much a walk in the park. Up to a point. Within a couple years of birding in T&T I had made it to sixteen out of the seventeen, and as the years ticked by I began to try to come to terms with the unsettling thought of missing a single species of hummingbird. Five years after I had started my journey, I got the call that a Rufous-shafted Woodstar was showing well at Asa Wright Nature Centre. I was there in less than two hours, and finally my hummingbird list was at 100%. 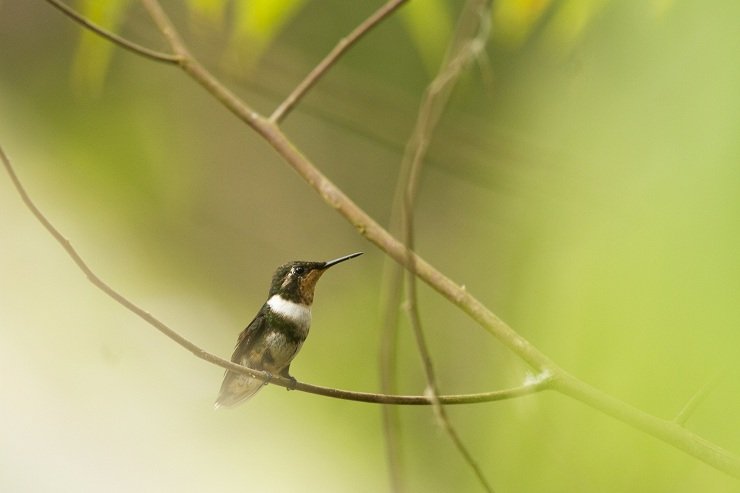 No more than two weeks later – I kid you not – an Amethyst Woodstar was sighted at another hummingbird garden only a few miles away. This one I didn’t catch, and frustratingly returned to my previous state of all-but-one.

Luckily for me, a single Amethyst Woodstar repeated his visit in subsequent years and I eventually managed intimate views at renowned hummingbird gallery Yerette – while sipping coffee and wearing flip-flops. 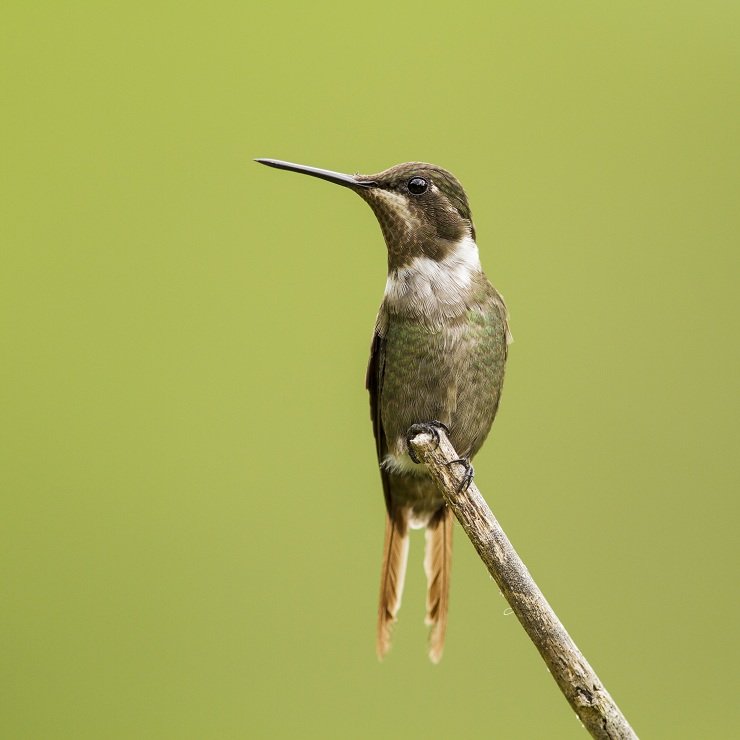 Then, in late 2019, my world was rocked again by yet another new hummingbird. Ridiculously common in its home range of northern South America, no-one had ever seen a Glittering-throated Emerald here before, and I was determined to be among those who laid eyes on it. This bird – likely a single bird – showed quite well at Yerette for a few days then presumably moved on to better things. 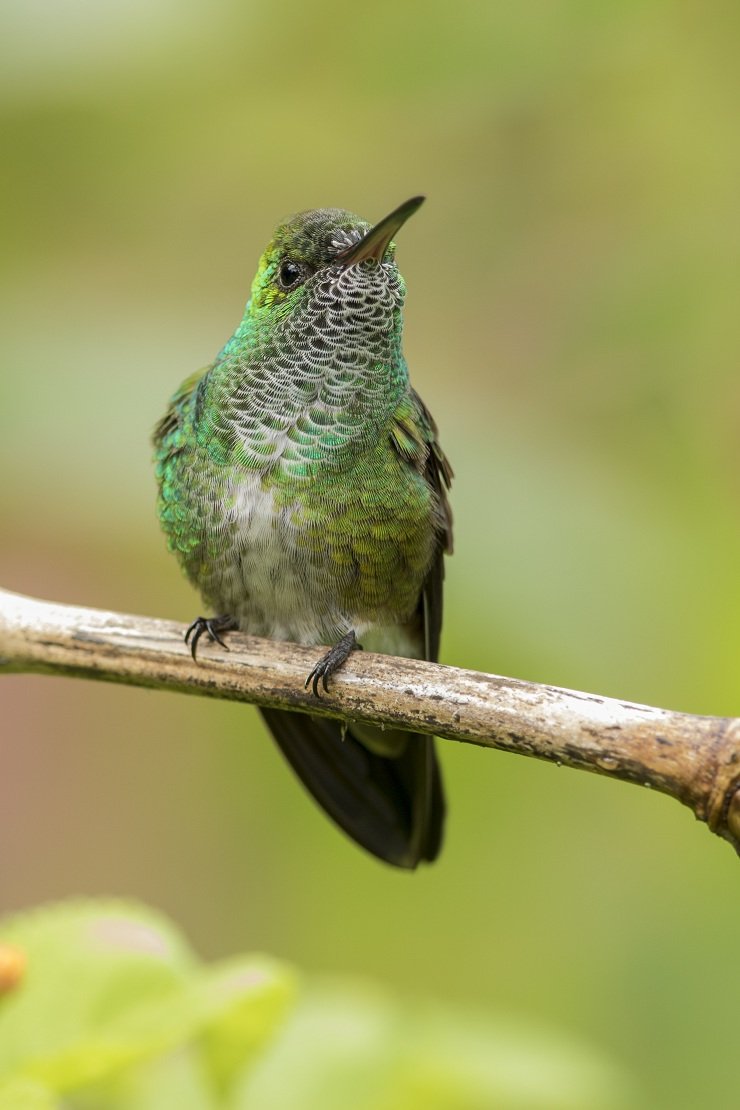 Presently, the tally of hummingbirds in T&T stands at nineteen. Which will be the twentieth? And why are these new species suddenly being recorded? Climate change? Habitat loss? Bad weather? More hummingbird feeders? More observers? A combination of all of these?

The Poems of the Brown-headed Cowbird