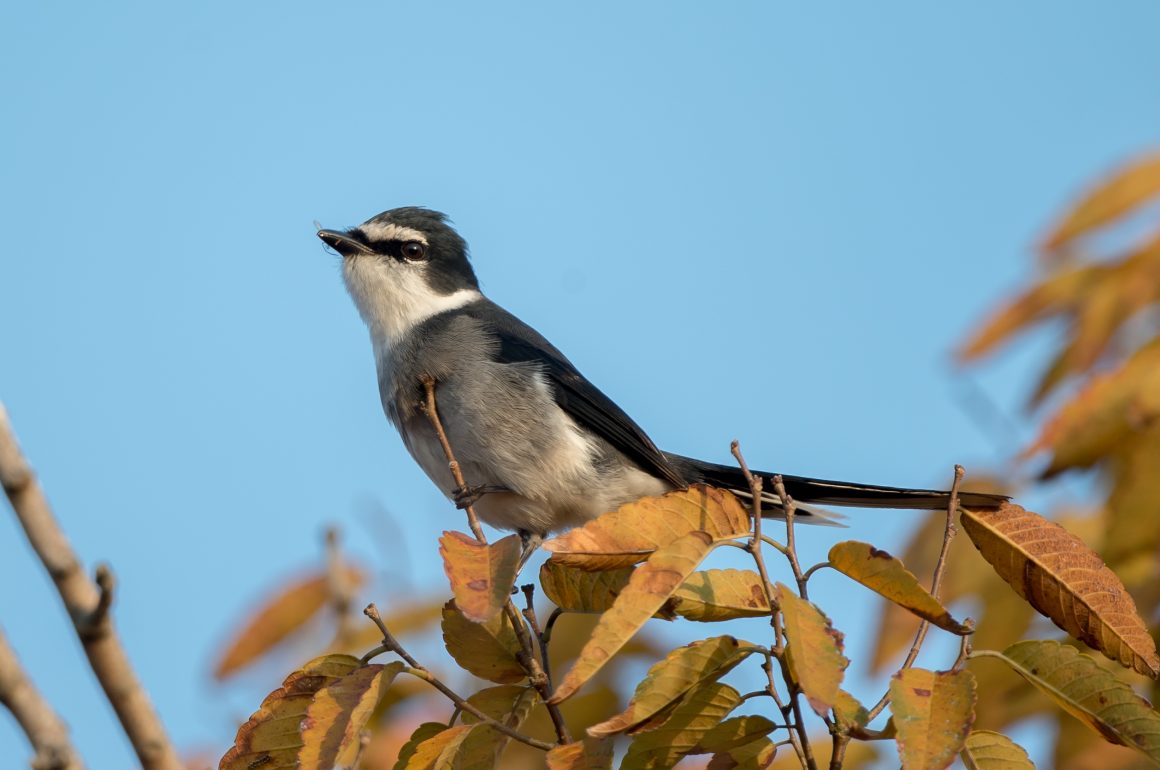 The Avibase China birdlist counts 7 species of minivets for China – one of which is the Ashy Minivet. For Japan, there are only two species listed – again the Ashy Minivet, but also the Japanese Minivet (mostly called Ryukyu Minivet elsewhere), a Japanese endemic which is not on the China list.

So, it was kind of exciting to see first one, later two Ryukyu Minivets at my regular birding spot at Nanhui, Shanghai. These birds do not get any prizes for looking exceptionally different from their Ashy relatives – they were previously thought to be just a subspecies of Ashy – but hey, a country first is a country first, even if it is just according to the Avibase list (I am sure other people have seen this species in China before). Given that the Japanese and the Chinese do not always see eye to eye, it was probably sort of fitting that a foreigner in China saw the bird. In any case, the minivets do not care either way …

Apparently, the Ryukyu Minivet was originally endemic to the Ryukyu Islands but has spread to other islands of Japan, possibly due to the decline of the Ashy Minivet, which may be a bit less inclined to use human-modified habitat. Not a good policy in this world.

Start with the male. Even for somebody like me who is not good at seeing minor differences in appearance, it is relatively easy to tell from the Ashy male. The Ryukyu seems to be more concerned with not appearing to be bald, thus having a lot more black on its forehead (of course, the HBW puts it somewhat differently, more birdy: “differs in white on forecrown reduced to a narrow line from frons to preocular supercilium”). 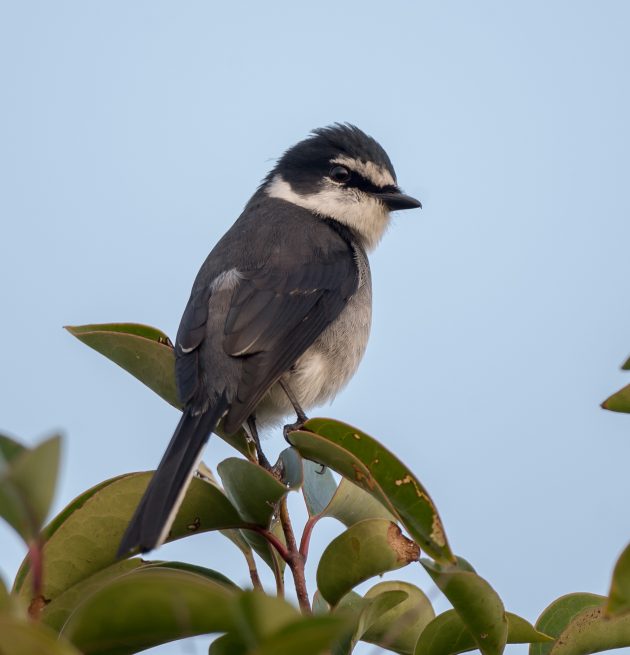 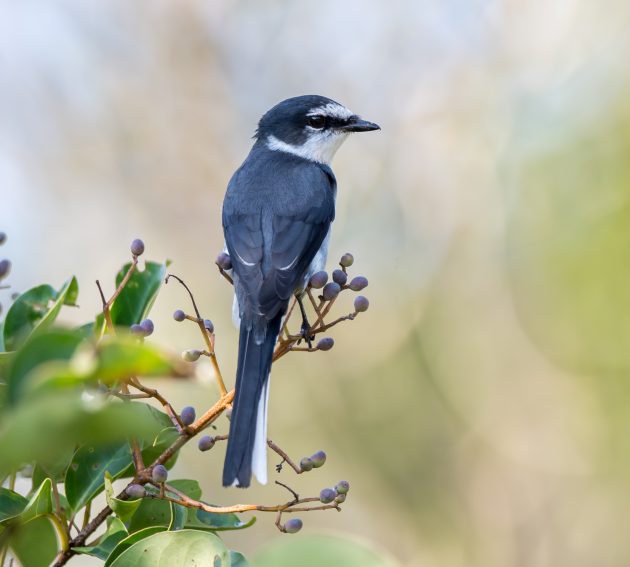 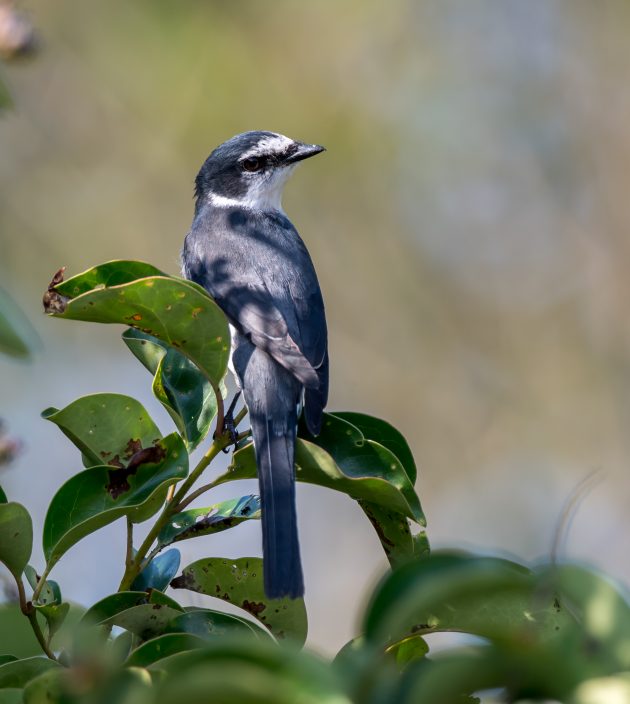 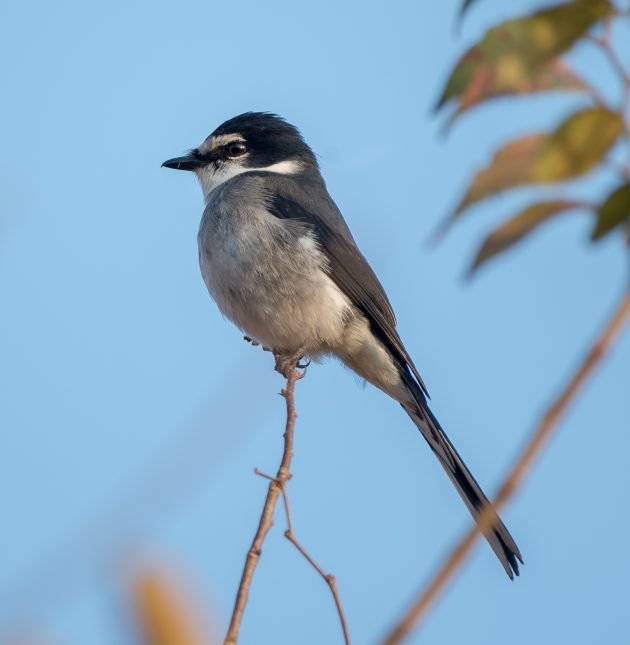 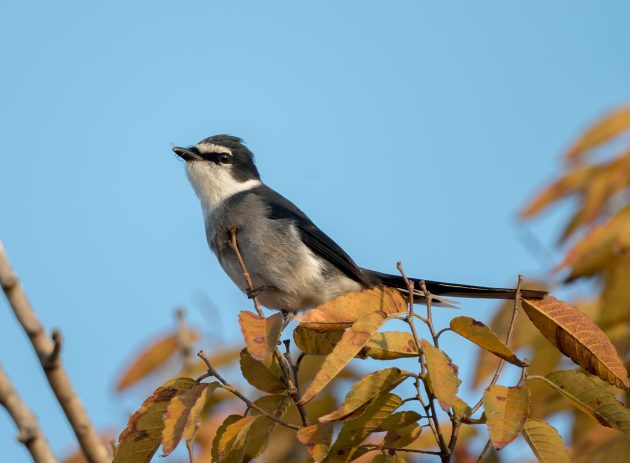 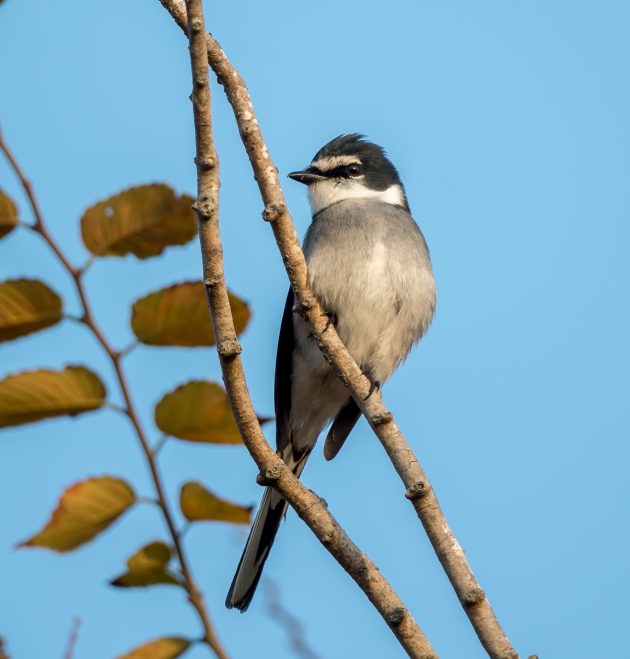 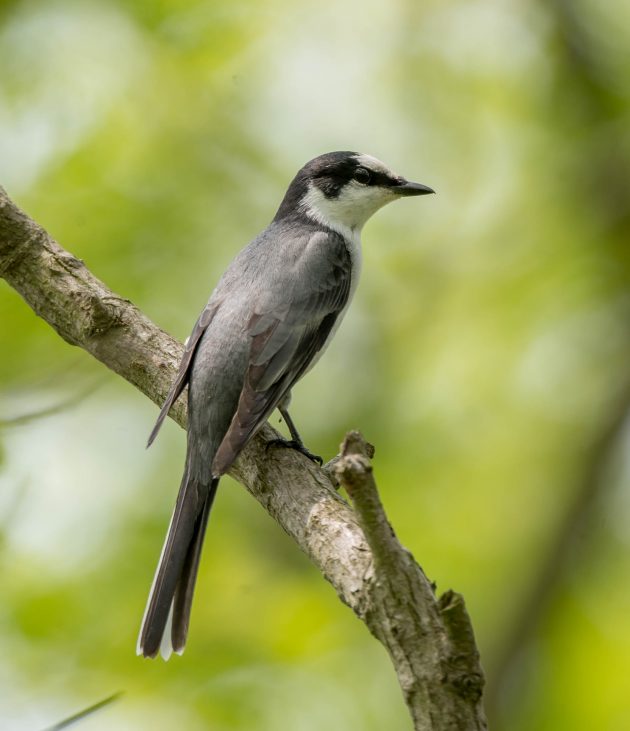 Ashy Minivet, male (Nanhui, April 2019). Not afraid of having a bald forehead.

For the female, the situation is not so straightforward. In fact, looking at my photos again, I am not even sure that this is a female Ryukyu and not an Ashy. Which is why I just take photos instead of writing bird guides. 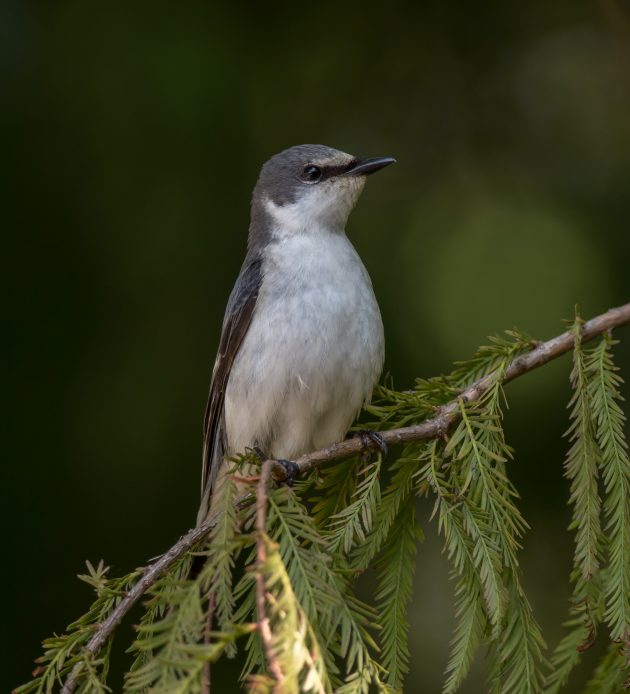 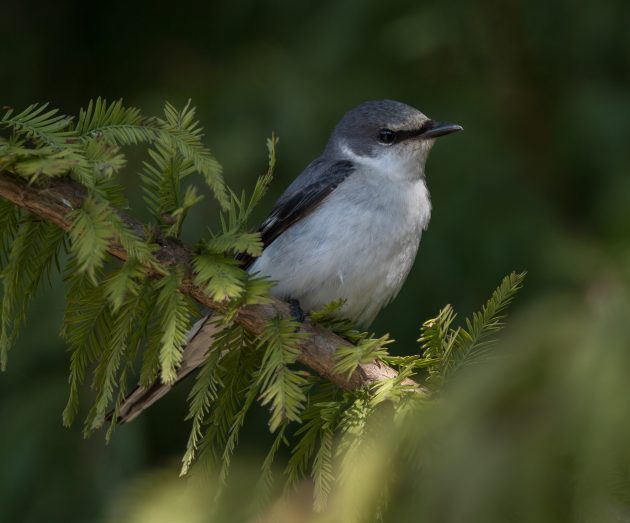 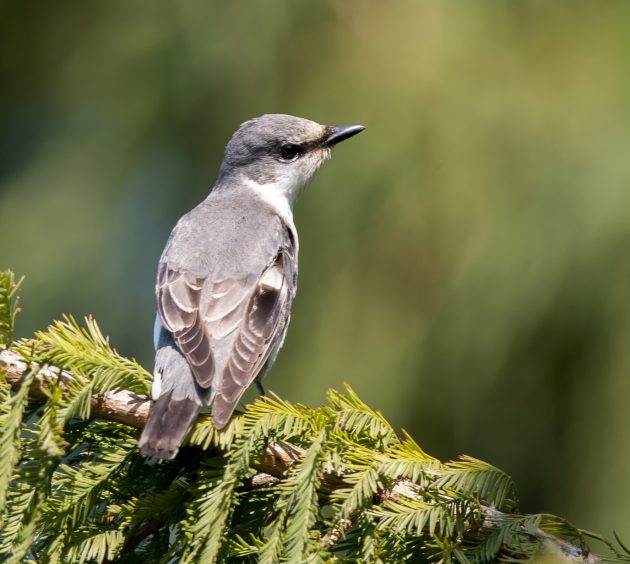