I asked a group of wildlife rehabilitators: “What are some of the Worst Bird Myths? Feel free to vent!”

Rehabbers are very responsive, although constantly living under the gun makes us sometimes vent about species that aren’t necessarily the ones in question.

“Porcupines throw their quills! If you see a raccoon during the day, it must have rabies! Bats just love to fly into human hair!” wrote Lisa Acton, giving us a little window into what her past week must have been like. I have found the best way to combat destructive mythology is to point out that while wild creatures are amazing, fascinating, and all have unique characteristics and behavioral traits, they are still sentient beings and in the end, not hugely different from ourselves.

So, one: Quills are made of keratin, like hair and fingernails. Porcupines can’t shoot their quills, any more than people can shoot their hair. Two: Humans are diurnal, which means they are normally active during the day. Raccoons are nocturnal, which means they are normally active at night. However – if you go out late at night, you’ll see quite a few people; and while some may be up to no good, they’re not necessarily rabid. The same goes for raccoons.

Three: Why would anyone, no matter what their species, want to become tangled in human hair?

On to the avian world. Last year scientists in Ethiopia discovered the jawbone of a 2.8 million-year-old early human. Had they been able to make the jawbone talk, no doubt its first words would be, “You can’t put a baby bird back in the nest, because the parents will smell your hands and abandon it.”

Say you’re at a party, and woman wearing truly repellent perfume ends up holding your baby. You retrieve the baby, and it reeks. Do you park the baby on an empty chair and quickly leave the party? No. You simply feel relieved to have your baby back. So it goes with birds, with one additional point: except for pigeons, vultures, and seabirds (particularly procellarids – thank you, Tracy Anderson!) birds have almost no sense of smell. So right from the beginning, none of this makes any sense.

“Here’s one,” wrote Debbie Lefebre. “The internet is an excellent source of information about what to feed baby birds.”

“That’s where I learned that dog food and applesauce is the staple diet for all nestlings!” replied Mikal Deese, eliciting a torrent of “Arrgggh!”s, “Gaaahh!”s and “Kill me now!”s.

No, no, no. Do not feed birds dog food and applesauce, do not feed them bread and milk. Songbirds eat bugs, and raptors eat whole birds/animals. An injured or orphaned bird must be taken to a wildlife rehabilitator as soon as humanly possible, or they will have little chance of surviving. Do not learn about how to care for wild birds from the internet: do take the bird to a licensed wildlife rehabilitator.

“Bells keep cats from catching birds,” wrote Maureen Eiger, whose original furious email was the inspiration for this blog. “And so do those stupid scrunchies!”

Bells do not work. Say you’re sitting in your backyard, minding your own business, and suddenly you hear a bell. Do you race out of your chair, screaming, and run away? Do you associate the sound of a bell with an armed ninja who wants to kill you? Probably not.

Scrunchies do not work. They may be slightly better than nothing for adult birds, but they afford no protection at all to fledglings, who have just entered a brave new world and 1) are not sure what is dangerous, and 2) are not quick or strong enough to fly away from a domestic predator, whether or not it’s wearing a clown costume. “And here’s another one!” wrote Maureen. “A woman just told me cats don’t catch birds at night, so that’s when she lets hers out!”

This is partially true. Songbirds sleep at night, so a cat doesn’t need to catch them – all it has to do is climb the tree and pick them off the branch.

If you have any mercy in your heart – keep your cats inside.

“Ravens belong to the Devil,” wrote Monte Merrick. “If you see an owl,” wrote Mikal Deese, “someone in your family is going to die. That’s why I can’t take owls to a lot of my education programs out here in New Mexico.”

Well. My kids and I have had an awful lot of owls not only in our sight, but in our house, and we’re still here. And I haven’t seen many ravens jacking up the prices of life-saving drugs, or raiding government coffers and plunging entire countries into poverty, or deliberately ignoring the toxic chemicals flowing through a city’s water supply … so if this myth were true, I’d say the Devil owns the wrong species.

The list goes on, but the blog must end. 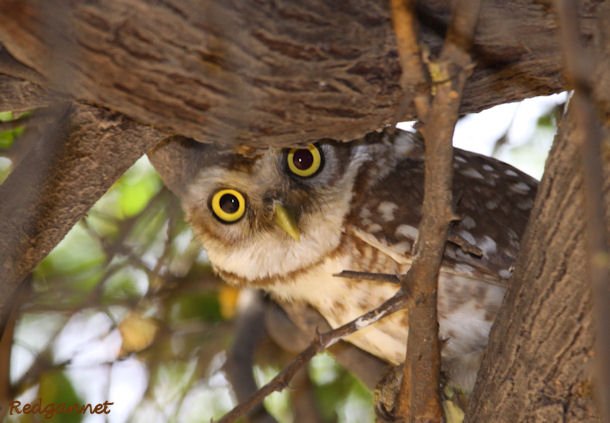 « Previous post
What’s in a Name: Northern Beardless-Tyrannulet
Next post »
Where Are You Birding This First Weekend of May 2016?