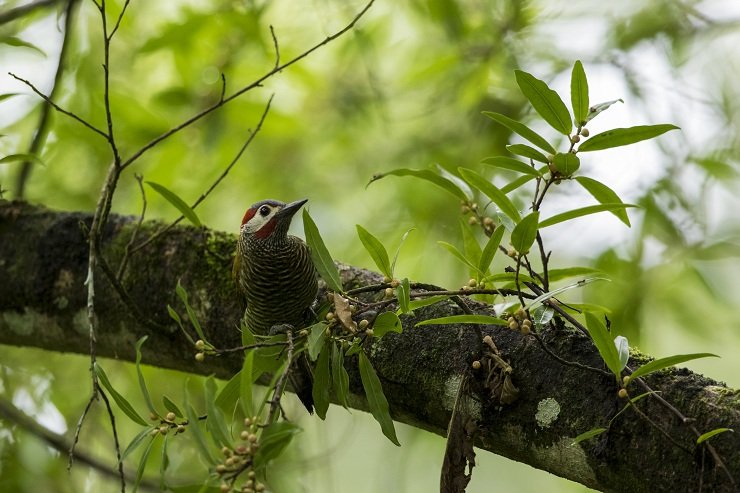 “Sit under a fruiting tree and birding shall be fruitful.”

After spending the last couple months chasing migratory shorebirds, I was aching for some forest birding. And what better way to do it than to fortuitously come upon a fruiting tree being attended to by a multitude of species?

Birding on its own is rewarding enough, but when you can pull out your folding chairs, sit back and sip coffee and have everything come to you without any effort whatsoever – it almost seems too easy! It was a dreary morning, with Trinidad under watch for an incoming tropical wave. When we got there, it was still too dark to distinguish species feeding in the canopy. The first cooperative birds of the morning were Streaked Flycatchers. A trio of these large and boldly patterned flycatchers entertained us with excellent views for around ten minutes. 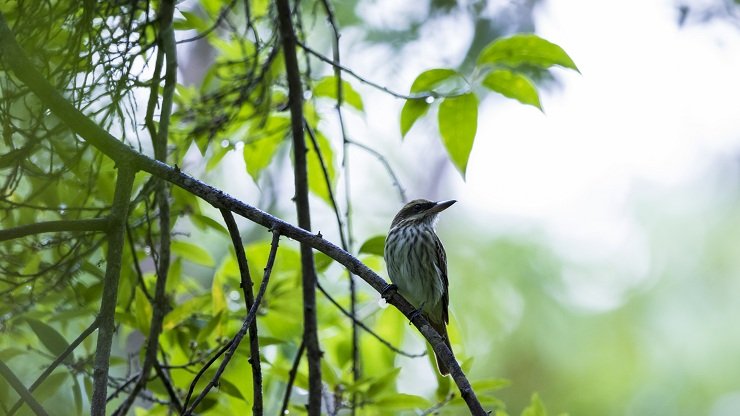 Although the light wasn’t forthcoming – making visuals tough and photography quite difficult, the sheer diversity of species more than made up for it. Palm, Bay-headed and Blue-grey Tanagers twittered ceaselessly, a Yellow-breasted Flycatcher‘s strident call made us aware of its presence, so too did the soft cooing of a Grey-fronted Dove some distance away.

Streak-headed Woodcreepers also called pretty frequently from nearby trees, these small woodcreepers are becoming more prevalent each year. When a darker brown and much thicker-billed woodcreeper flew into view however, excitement levels increased significantly. Cocoa Woodcreepers are the largest species of woodcreeper on the island and are much more often heard than seen. I’m still hoping to get a photo of one of these on a cocoa plant. 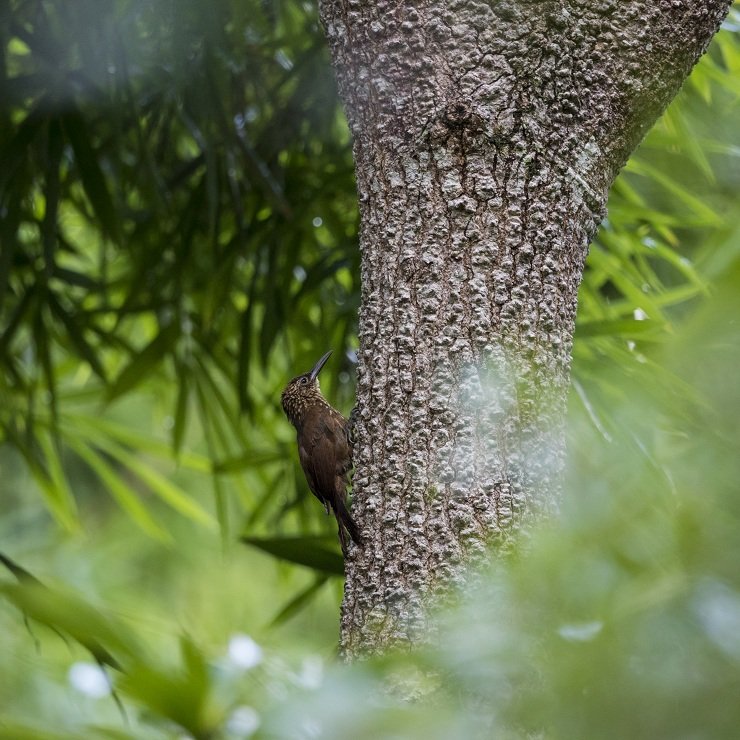 Several hummingbirds were also seen, their presence transient but entertaining. Little, Rufous-breasted and Green Hermits all came to check us out. Overhead, Copper-rumped Hummingbirds called and a lone female Blue-chinned Sapphire paused briefly on her journey. It was all about the frugivores though. A pair of Guianan Trogons flew in and fed for several minutes before slipping away. 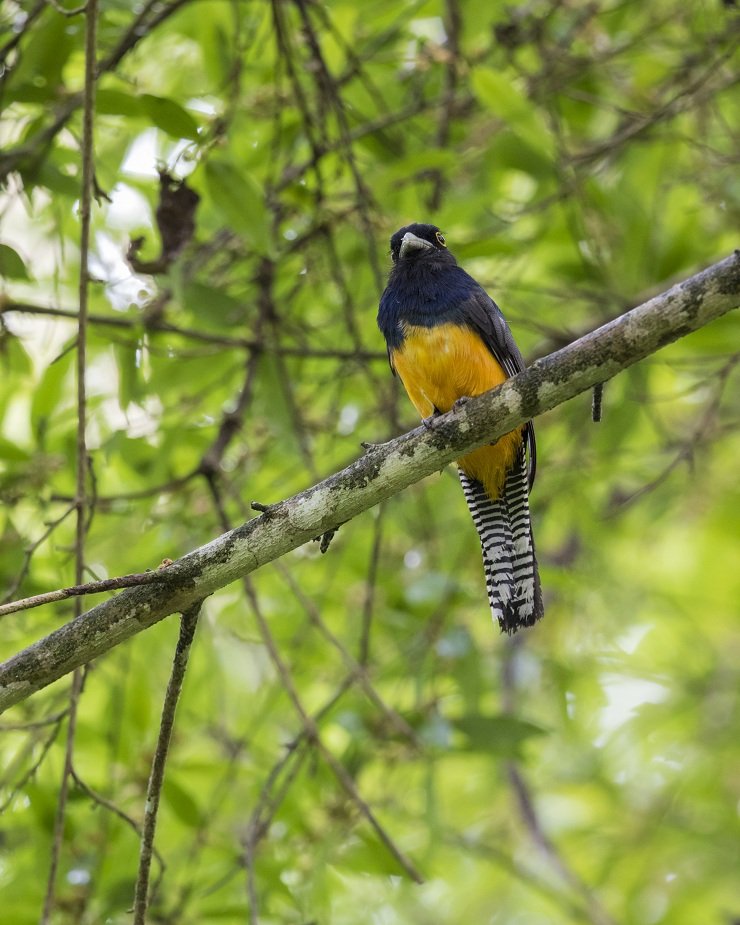 White-bearded Manakins, Golden-olive Woodpeckers and Green Honeycreepers all came in pairs to feed on the fruit, the woodpeckers also prodding the soft, moss-laden bark for any other available morsels. 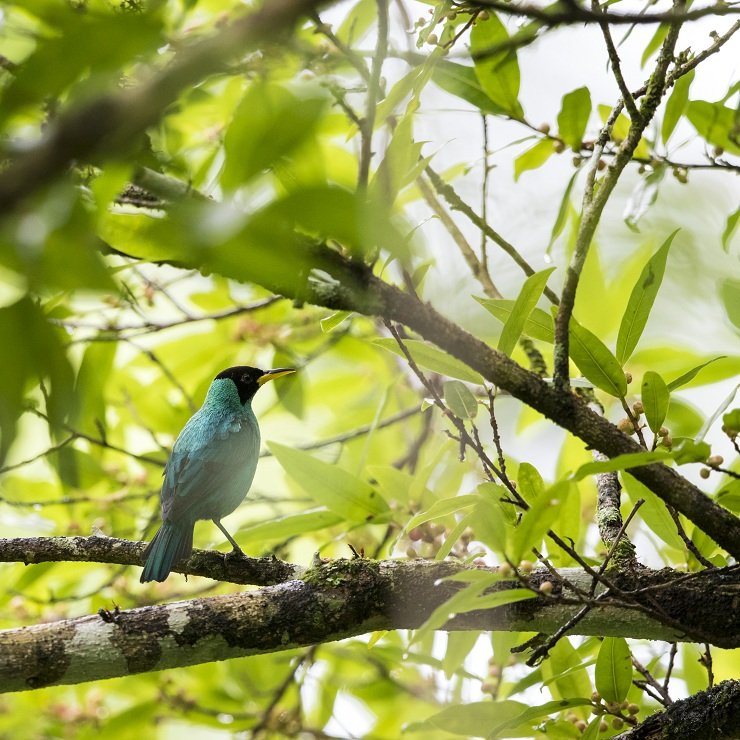 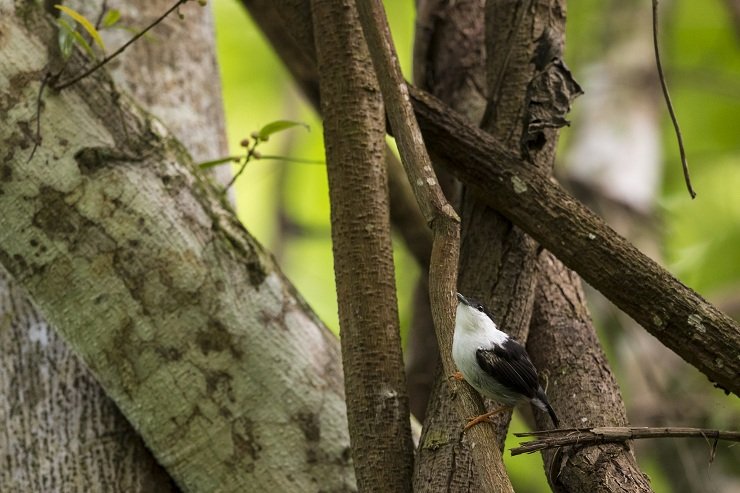 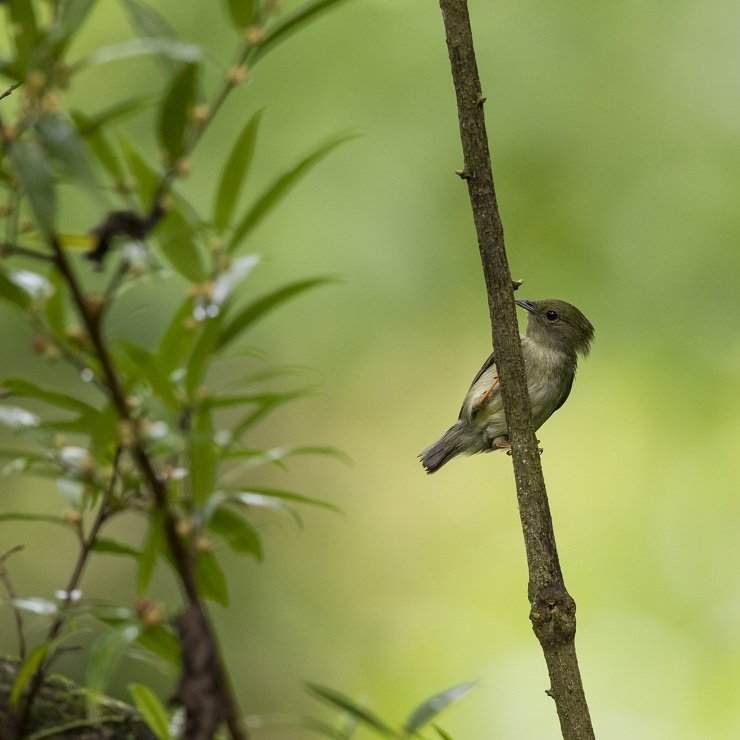 This female White-bearded Manakin made herself uncharacteristically visible in the pursuit of the ripe berries.

A male Golden-olive Woodpecker was never far from his partner.

The highlight of the morning was not a tanager, trogon or honeycreeper though. Looking up into the canopy from the comfort of my folding chair, I noticed a bird I initially thought was a Red-eyed Vireo. A quick look through my binoculars revealed something much rarer – a Small-billed Elaenia! These small flycatchers are austral migrants and should be back on the South American mainland by now. 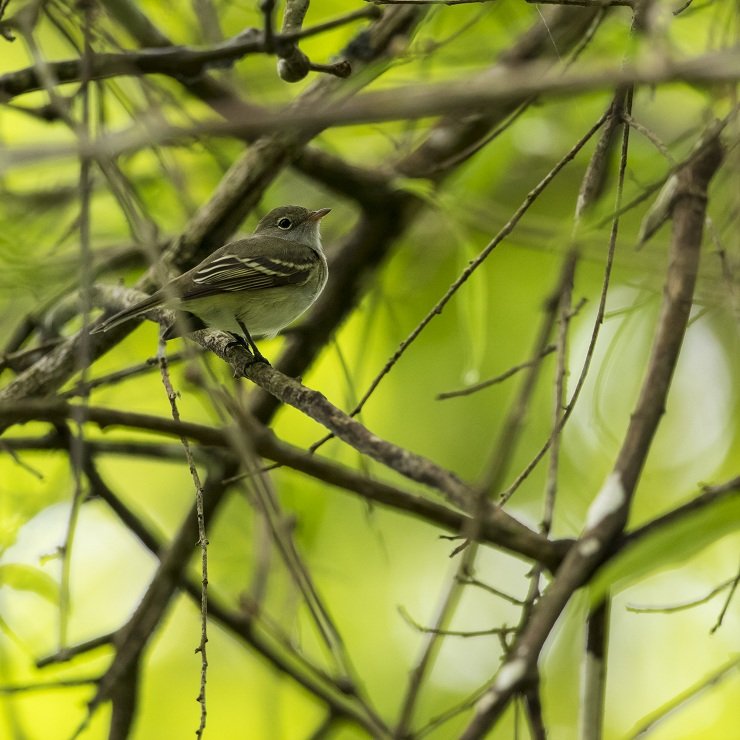 We are lucky here in Trinidad to experience migrants from both the south and the north – after we saw the elaenia we enjoyed fleeting views of a male American Redstart.

You can view our list here for the morning. 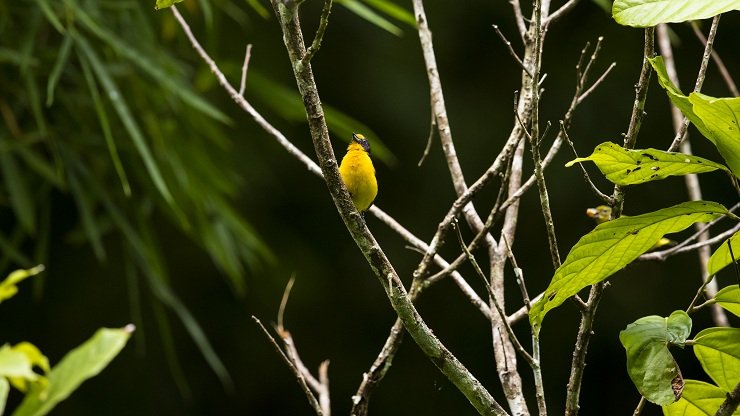 Violaceous Euphonias routinely imitated a number of other birds’ vocalizations – often sending us on a frenzied wild goose chase. 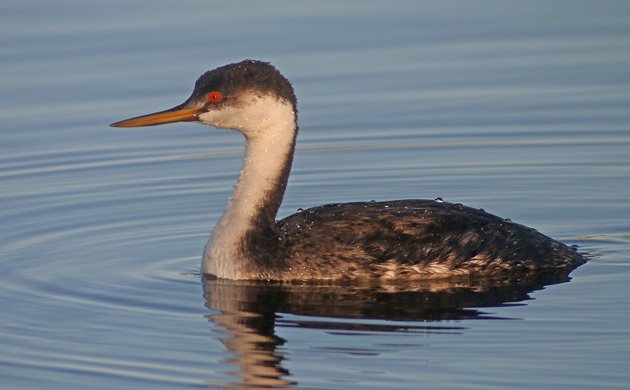 Best Bird of the Weekend (First of January 2016)

« Previous post
Birding Nanhui, Shanghai in September
Next post »
Where I Went Birding that Third Weekend of September 2020