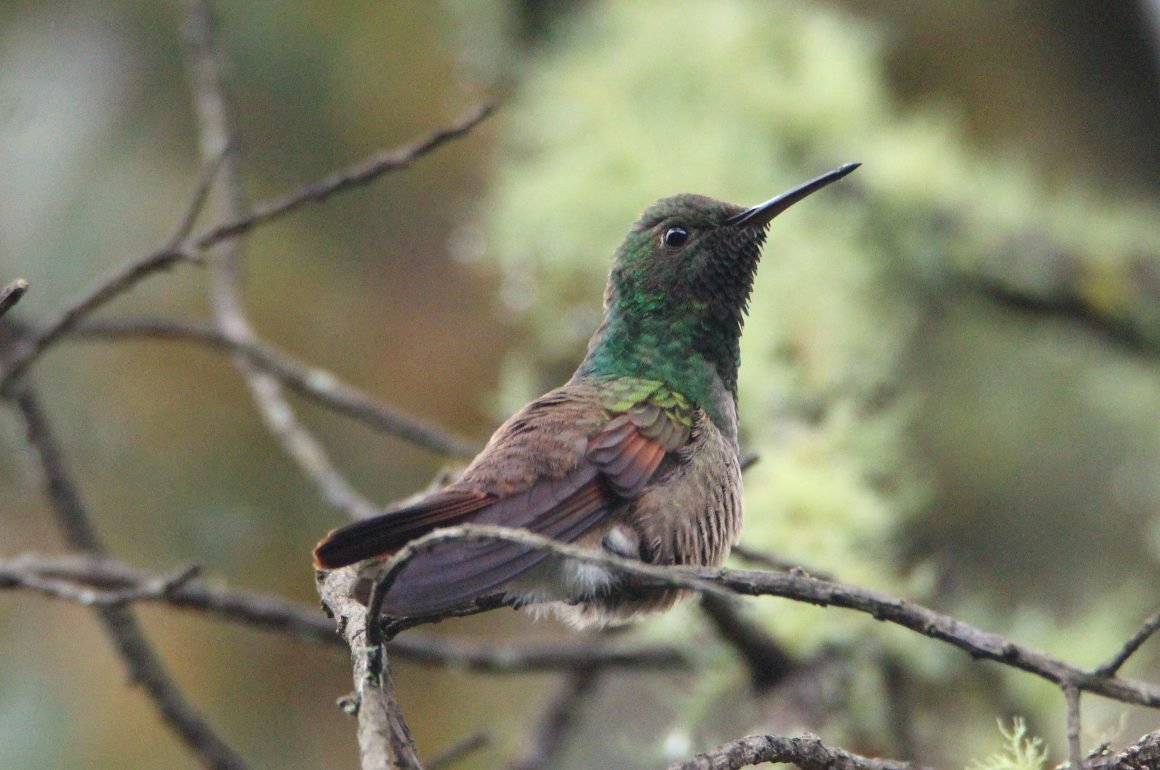 Faithful fans of 10,000 Bird will know that each Friday Mike invites us to comment where we plan to go birding that weekend. On Friday, September 18th of this year, I commented that I planned to go try out a new site, Las Mesas, which my biologist friend Jonathan Vargas had noticed on Google Maps.

All we knew from that page was that there was a small reservoir just below the tiny town of Las Mesas, about ten miles east of Morelia, and the town itself is just short of the same large swath of pine-oak forest that also includes such favorite sites of mine as Laurelito, the now much-degraded Pino Real, Kilómetro 24, and El Temascal. Would Las Mesas, the closest to Morelia of these sites, join their ranks as a prime birding spot?

I drove out a bit late because of an almost-flat tire that needed attention, and then managed to drive right past the reservoir without seeing it. Not the most auspicious start to my day! Having followed the paved road to the town itself, I decided to try my luck on the dirt road that goes beyond it. Lots of rocks, slick mud, and a steep dropoff below the road quickly convinced me that I won’t do that again, at least not during the rainy season. But, fortunately, a turnoff allowed me to park not to far down the road. I made a mental note to get back before our afternoon rains kick in, to let the road dry out as much as possible in the morning sun. (Spoiler: I made it.)

But then came the good part: as soon as I got out of my car, a White-eared Hummingbird feeding on a Salvia mexicana drew my attention to the fact that this was primo hummer habitat. Over the course of the morning, I would see multiple Berylline Hummingbirds (shown above), Mexican Violetears, and Blue-throated Mountain Gems, and a newly arrived migratory Allen’s (or, just maybe, Rufous) Hummingbird. 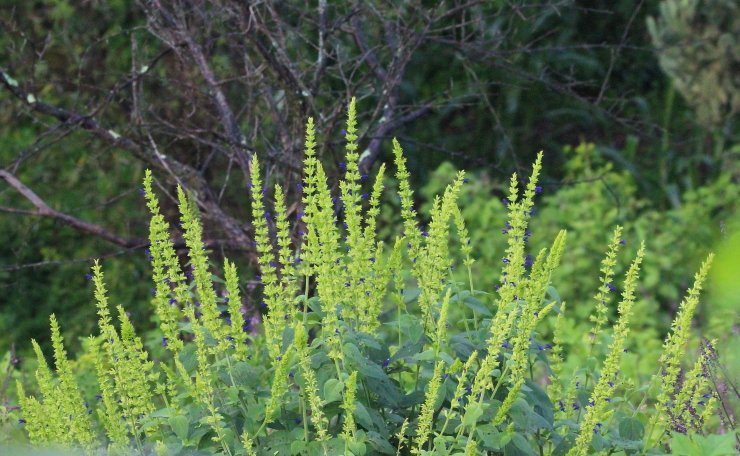 The Salvia mexicana is sold in North America with the varietal name “Limelight”. But this one was wild, native, and beautiful. (This plant’s flowers are deep blue; the stiff calices from which those flowers grow provide the chartreuse color.) 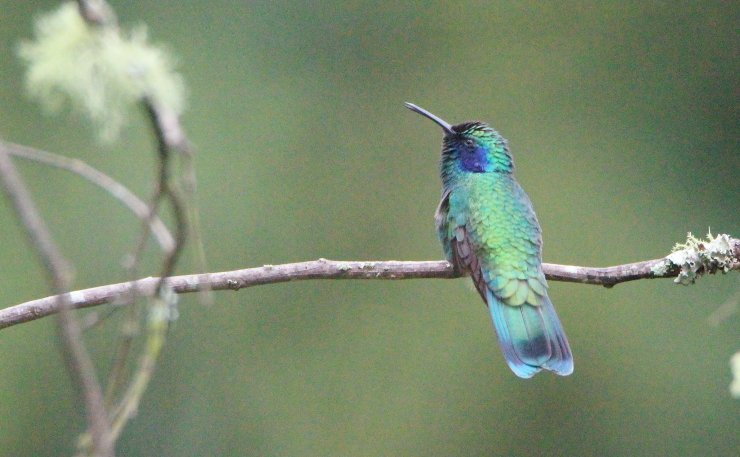 It’s a rare treat to see a Mexican Violetear low enough to give a good view. This species loves to sing while high up in pine trees. 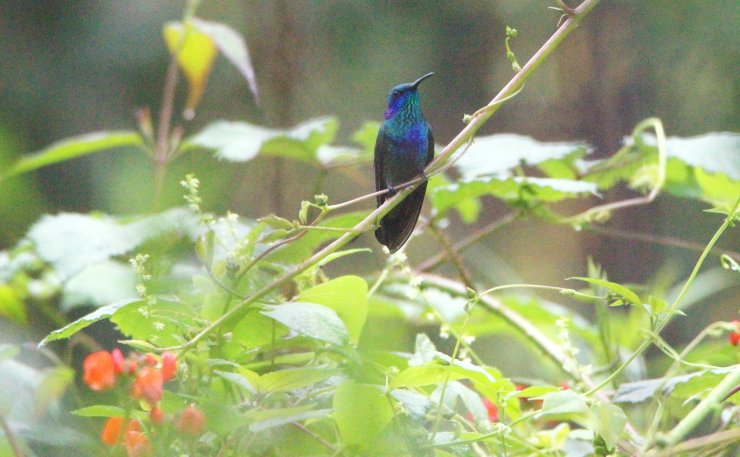 Mexican Violetears have such beautiful colors! 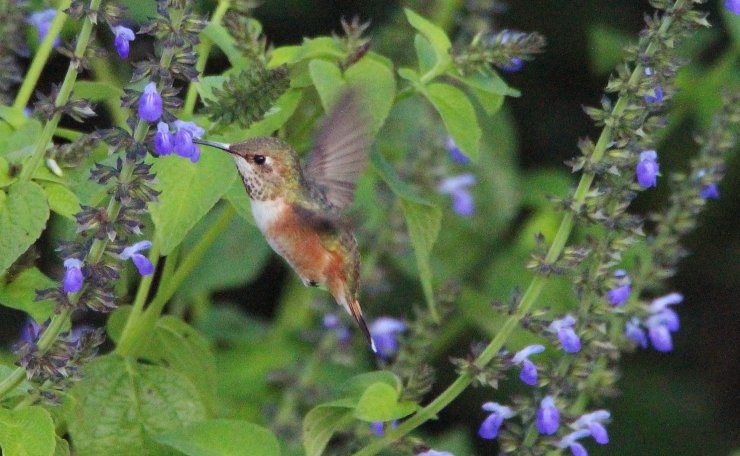 In other photos, the pointed outer rectrices of this Hummingbird’s tail suggest it is an Allen’s, and not a Rufous.

Along with my first Allen’s Hummingbird for the year (I think; one never really knows with Selasphorus hummers), the day gave me a surprising number of other FOY birds. There was the Botteri’s Sparrow giving a larger Canyon Towhee a piece of its mind, on my way into town: 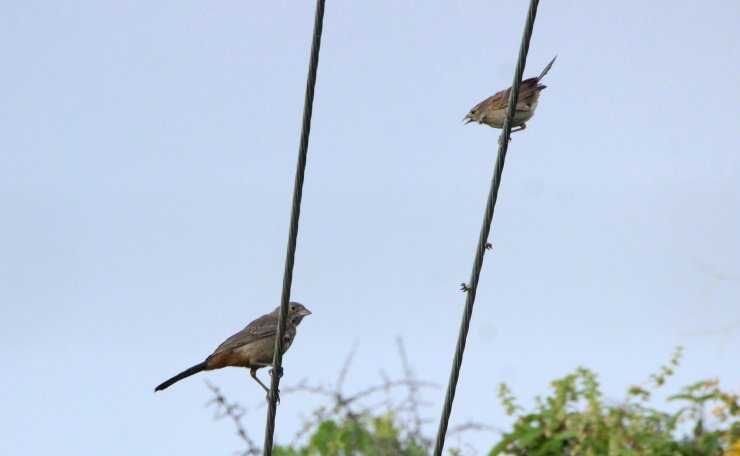 The reservoir itself was underwhelming, only offering me a collection of white Egrets (Cattle, Snowy and Great) and a single Great Blue Heron. But I was delighted to see a Black-chinned Sparrow near the shore; this is only my eighth sighting of this species. 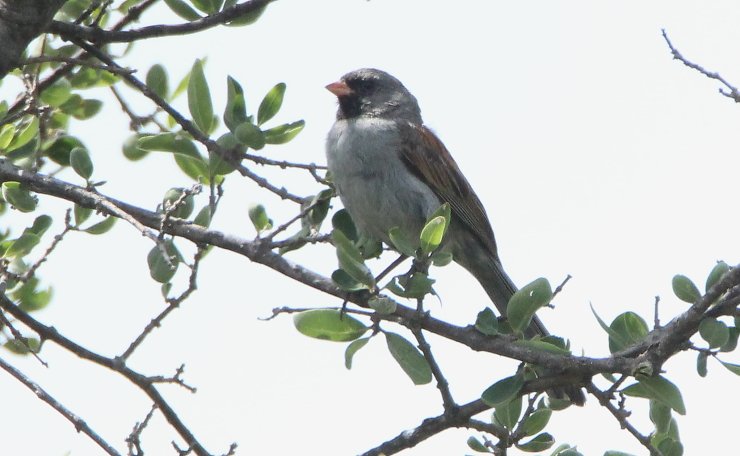 Western Kingbirds may not seem all that special to some of our readers, but here our Kingbirds are usually of the Cassin’s variety. This was my fourth and final FOY bird for the day. 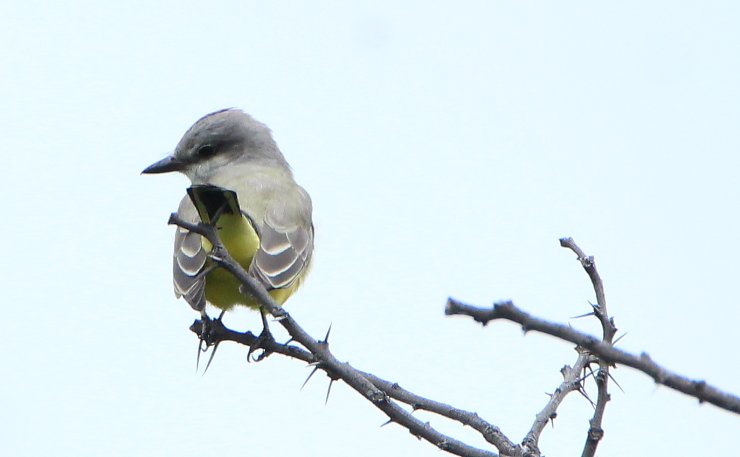 While not my quite my first sighting of an Olive-sided Flycatcher for 2020, this difficult species is always a welcome find as it makes it way through Mexico to reach Central and South America. 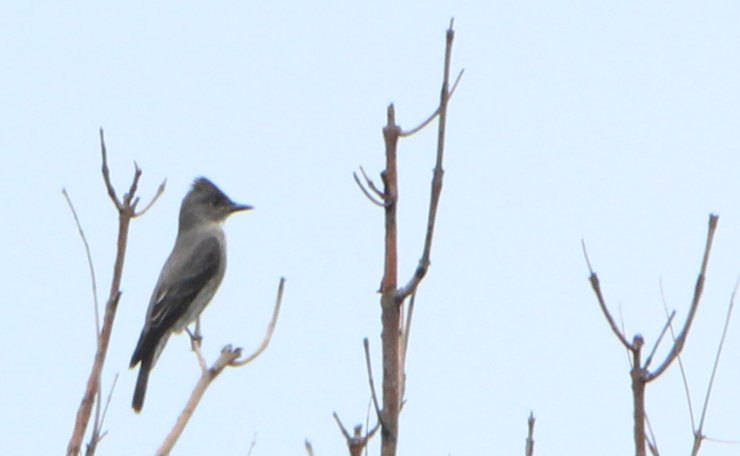 Of course, not everything interesting is a bird. Sometimes it is a flower (of which there were oodles), a reptile (lizards, and a small snake), or an insect. There was a rapid clacking sound coming from the brush in several spots, and when I managed to find one of the clackers, it turned out to be a large and quite colorful Horse Lubber Grasshopper, Taeniopoda eques. It made the clacking sound by opening and closing its wings, with a flash of red each time they were opened: 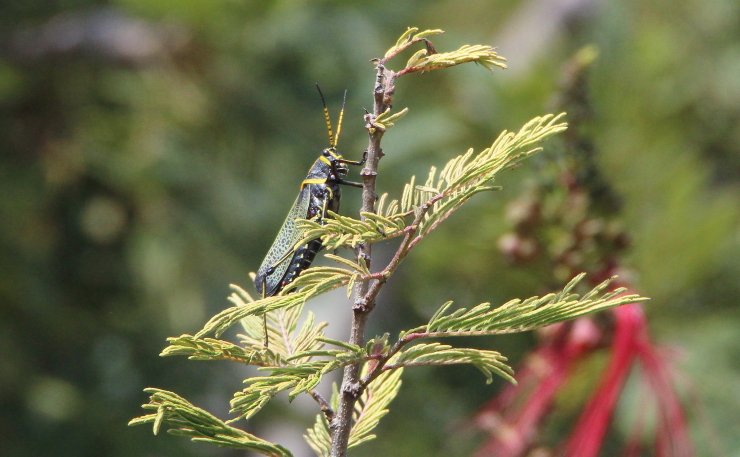 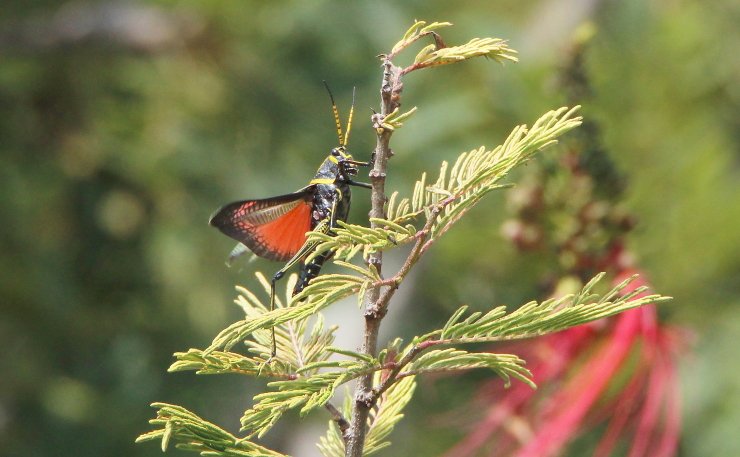 I wish I could give as exact an ID for the following bug, but I haven’t a clue, and apparently my Mexican birder/biologist friends don’t either. I only know that it looks like a shiny alien tank that wears its circuits on the outside: 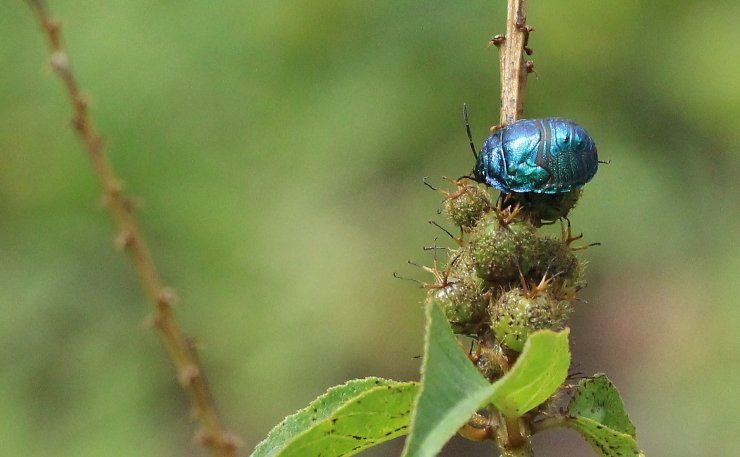 So, will I be adding Las Mesas to my regular Monday birding rotation? With 60 mostly-high-quality species on my first visit, you bet I will! 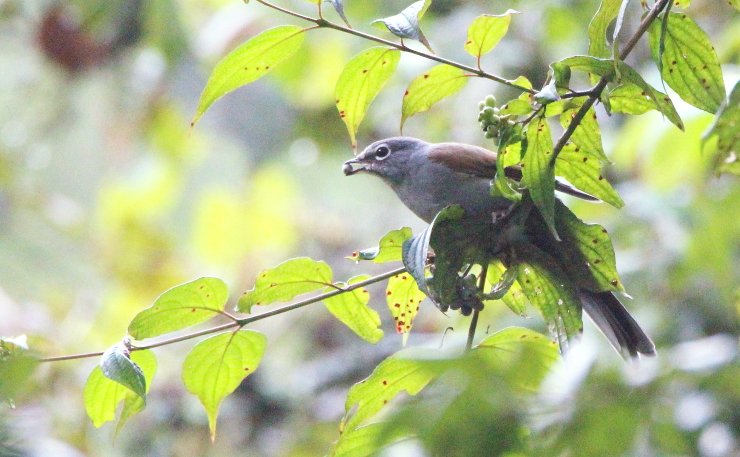 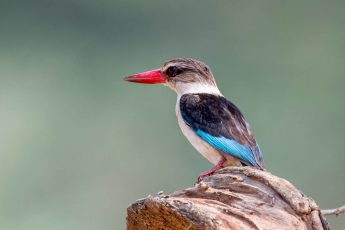 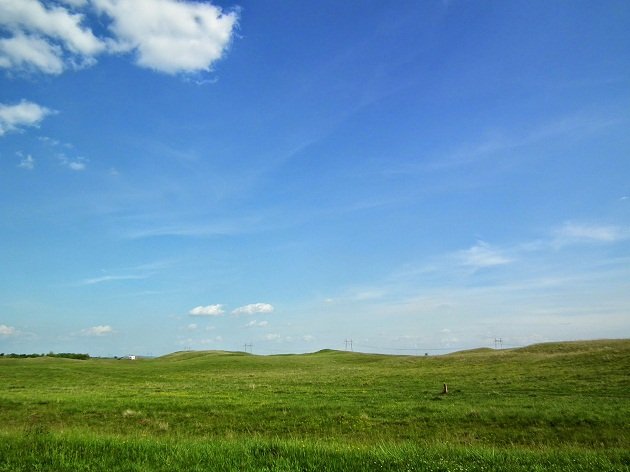