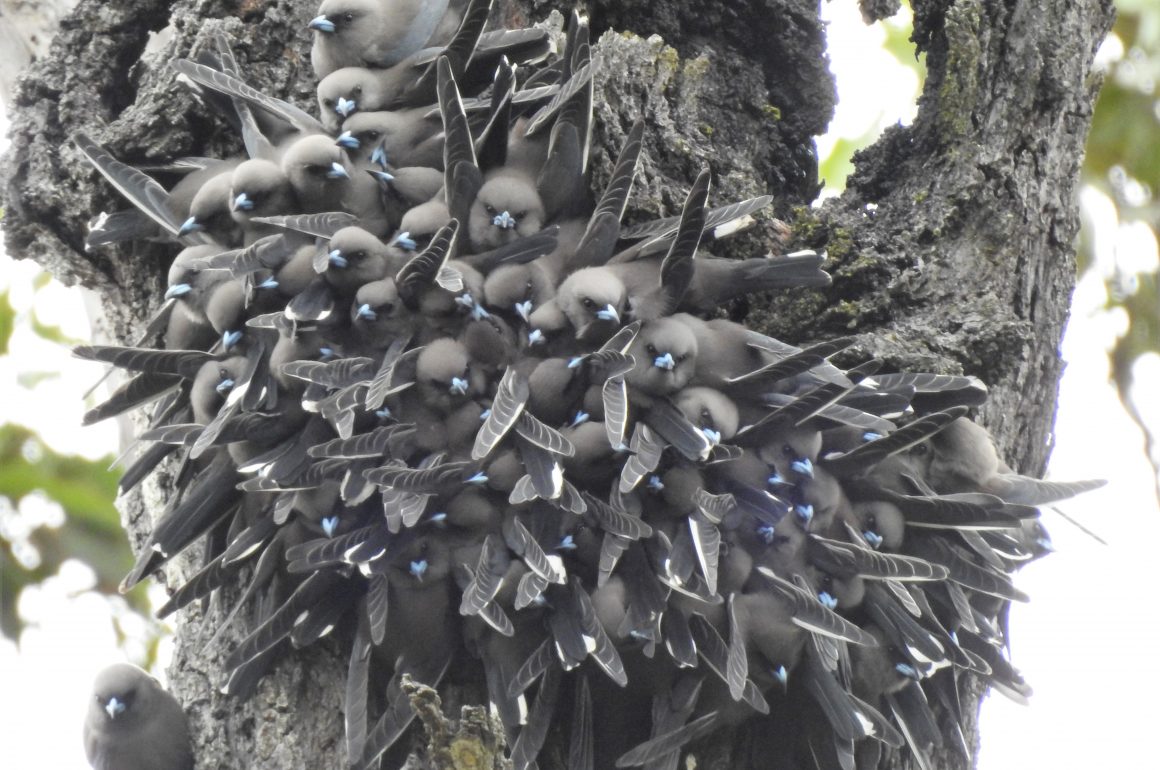 It is winter here on the east coast of Australia.

So we are entitled to complain about the cold. At my house on a very chilly winter morning it may be as cold as five degrees Celcius [40 degrees Farenheit] although this happens only very rarely.

Even for some of the birds it is cold.

To prove the point the above photo shows a flock of Dusky Woodswallows in a mass which is, I believe, a strategy to avoid the cold. The photo was taken last year in the middle of winter on the western sides of the Conondale Range.
I would welcome suggestions, in the comments below, for collective nouns to describe this agglomeration.

In the eastern forests where I live only the White breasted and Dusky [below] are common, with the latter being pretty much a winter visitor from the south. 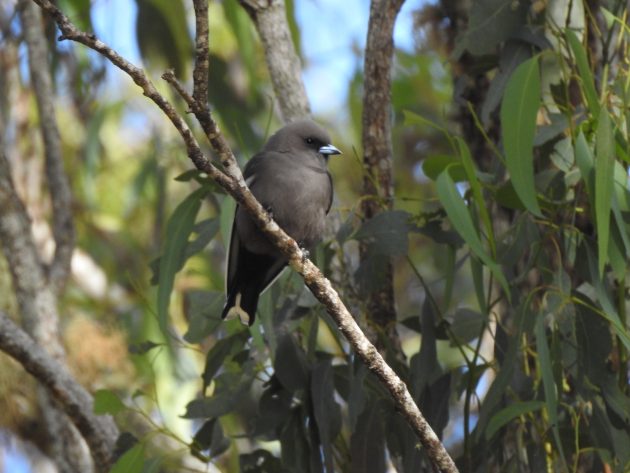 Below is a small gallery of our beautiful Australian Woodswallows. 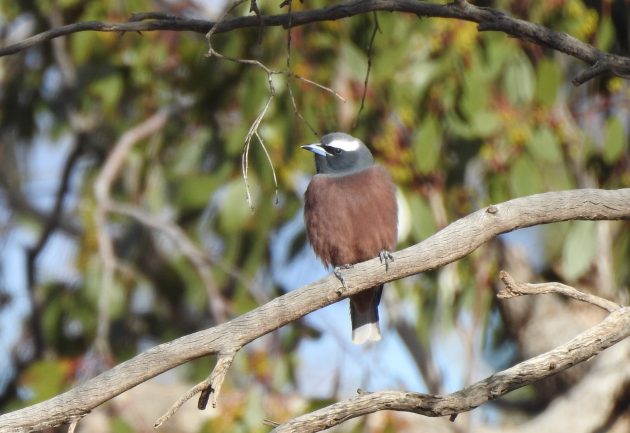 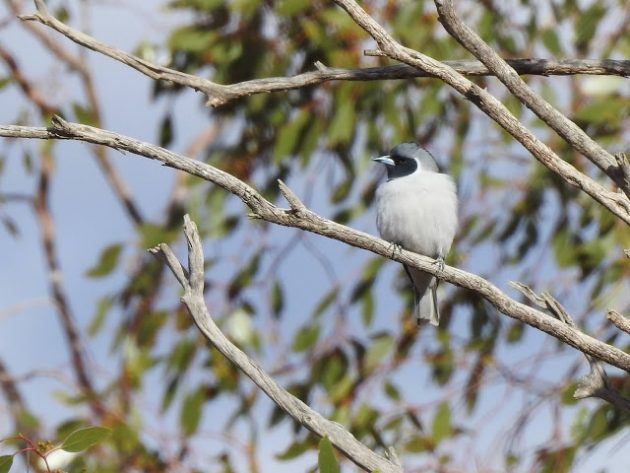 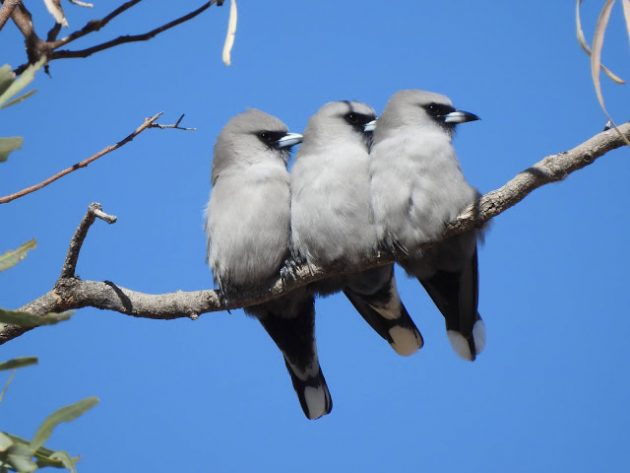 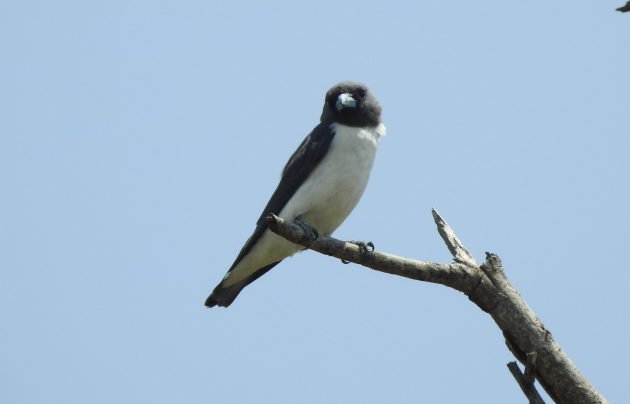 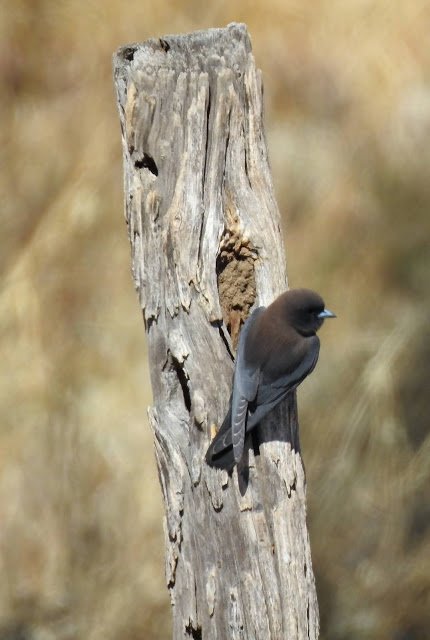 What's in a Name: Brewer's Blackbird