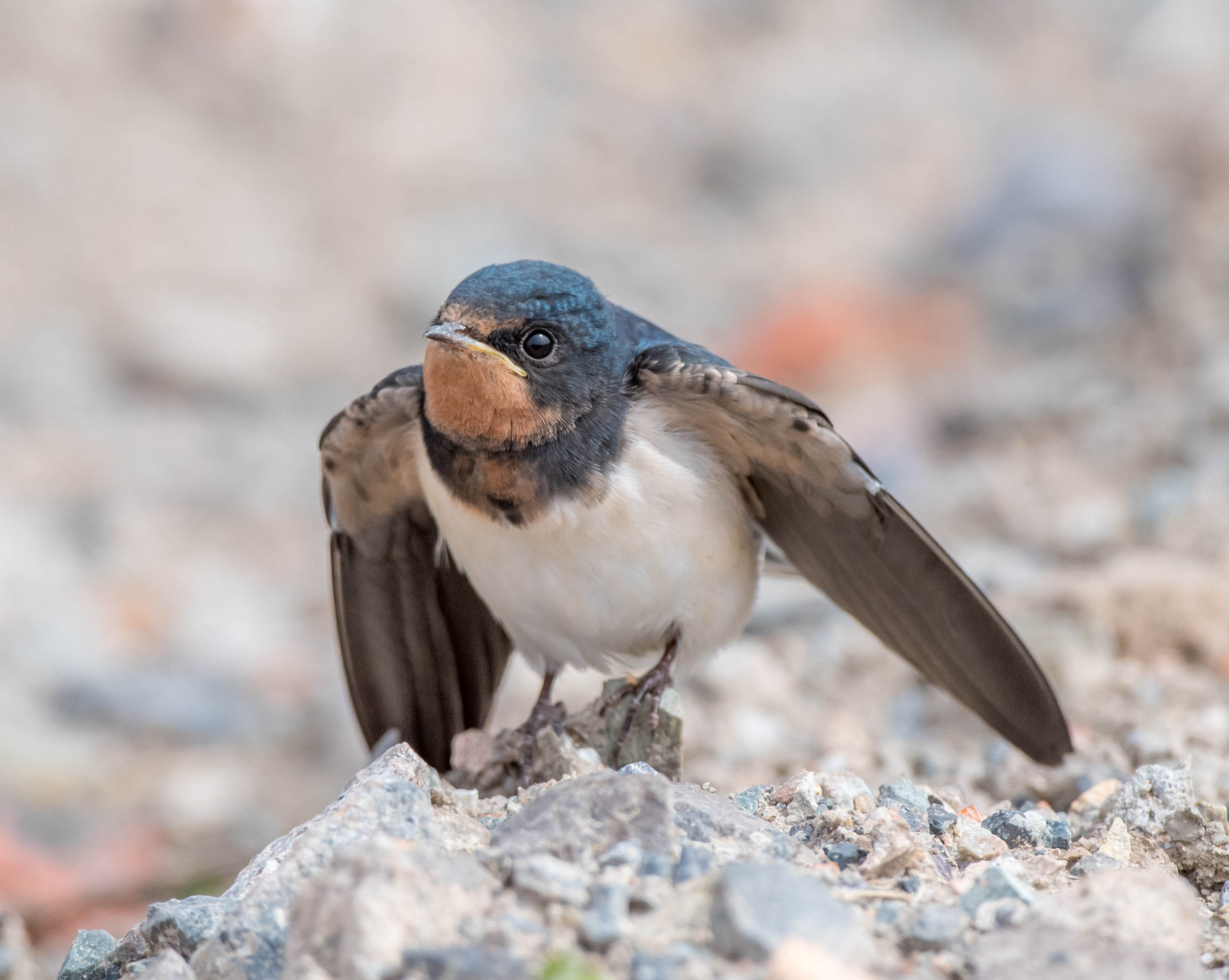 These days, quite a few species are breeding at Nanhui, Shanghai. This involves a lot of flying around, finding food and bringing it back to the chicks. But not all species do this in such a spectacular fashion as the Barn Swallow. 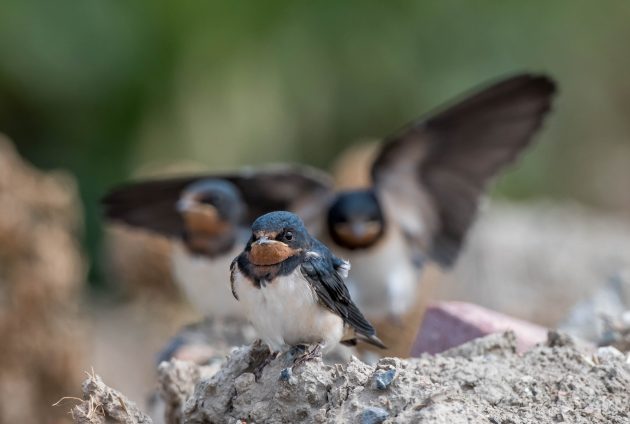 I recently came across 5 chicks sitting on the ground on a fortunately barely-used gravel road. All were sitting within one meter or so from each other. The parents were busy nearby catching insects, but dropping by every minute or so to feed one of the chicks. This was quite impressive to watch. The first sign of an adult bird approaching was all of the chicks opening their bills. Each of them made a (loud) point  claiming it was the hungriest. Next, the adult flew to one of them and delivered some food without even landing, while the chick stayed firmly on the ground. Then, it was back to work for the parent. 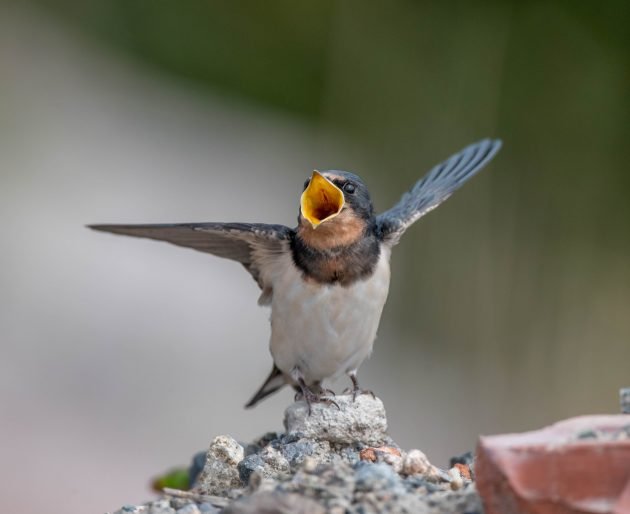 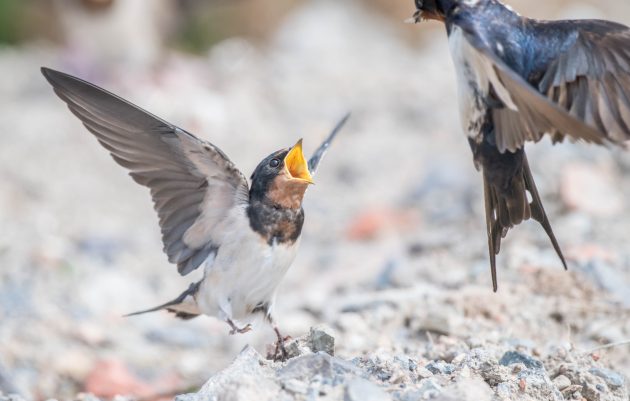 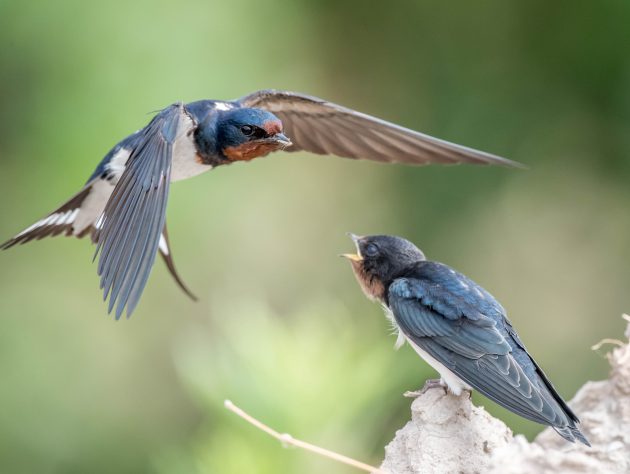 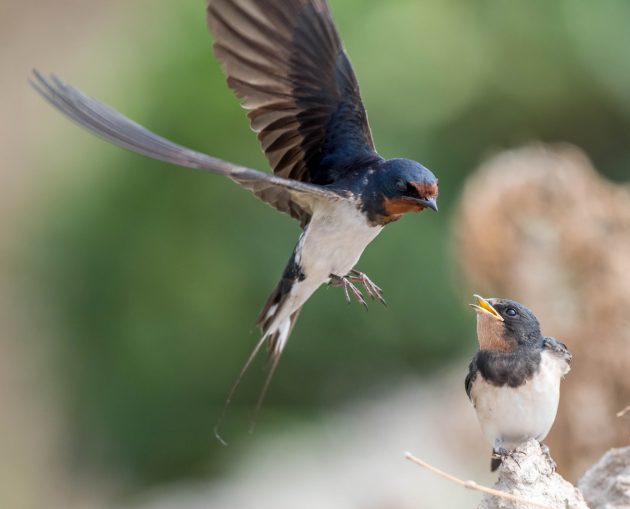 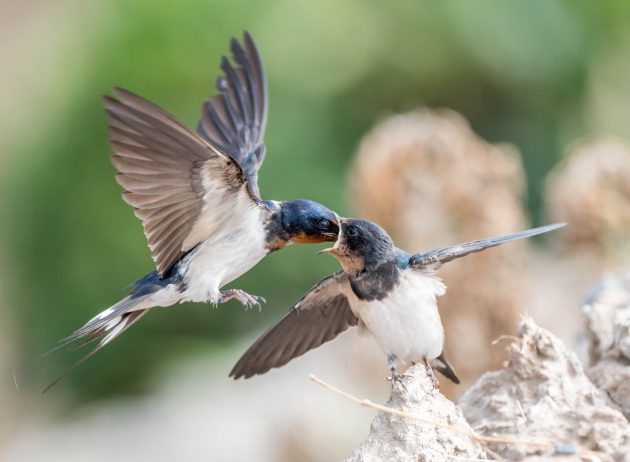 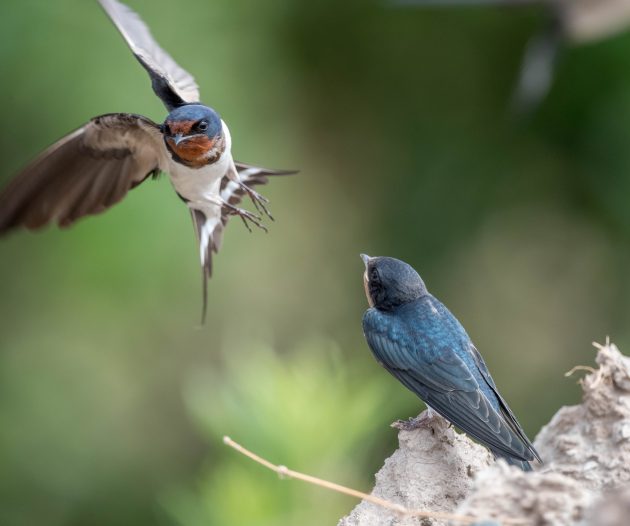 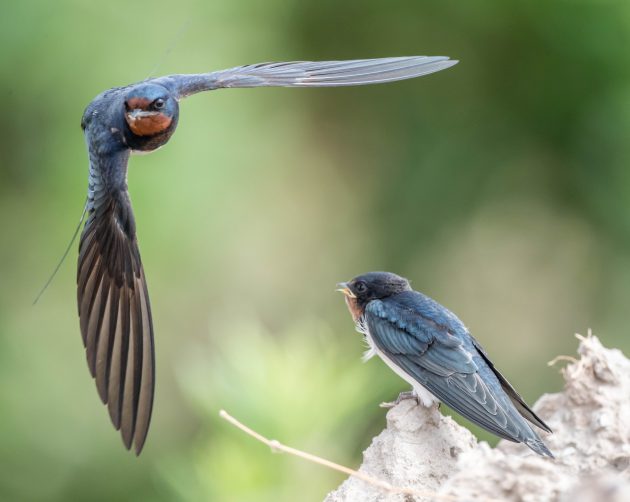 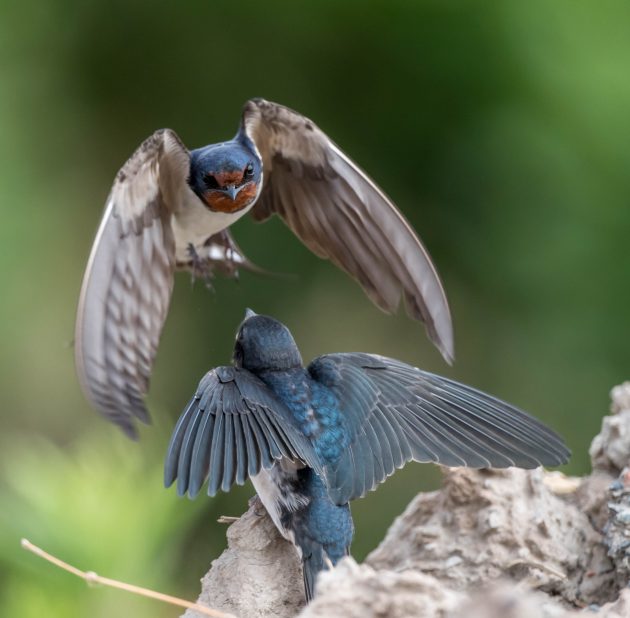 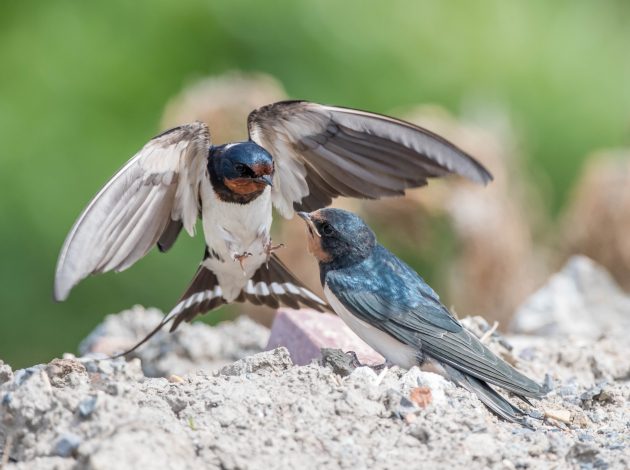 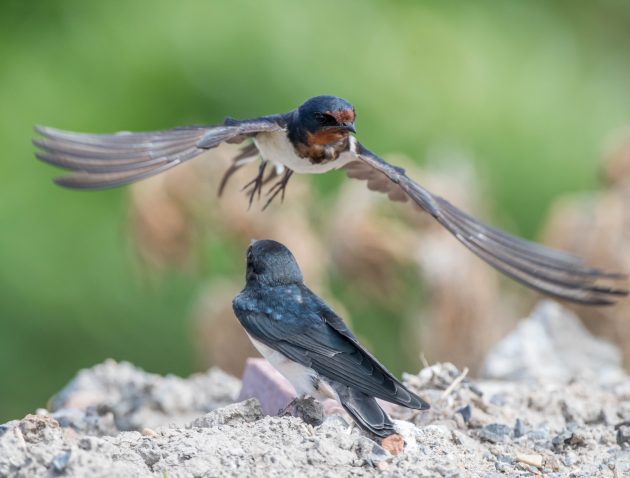 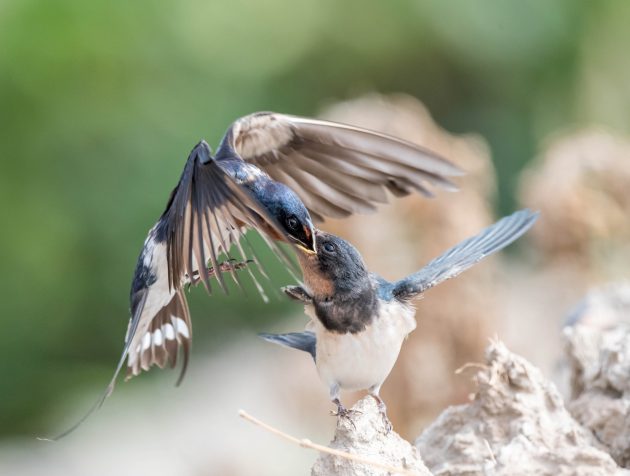 Side thought: Seeing bird photos I am often amazed how the birds seem to select a background where they more or less blend in best. One would think that this is not easy for a relatively colorful species as the Barn Swallow. But the chicks (or their parents) managed to find a road that – in a combination of rocks and trash – matches their appearance perfectly. 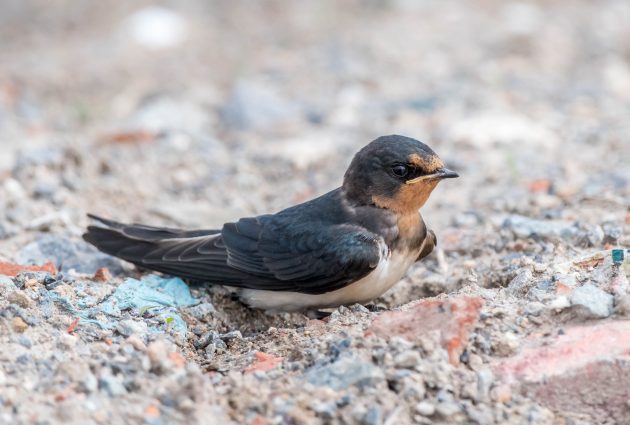 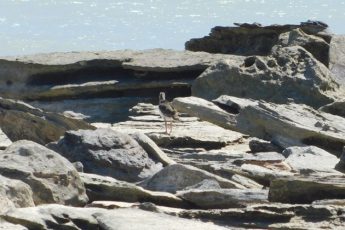 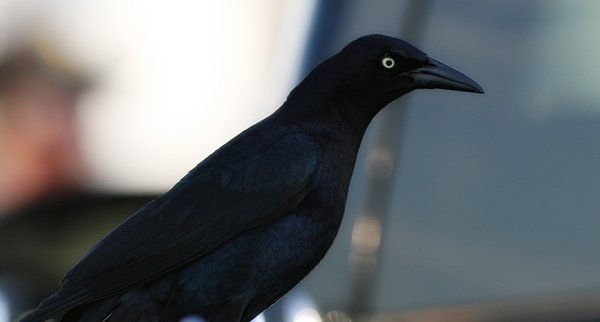 Best Bird of the Weekend (Second of December 2021) 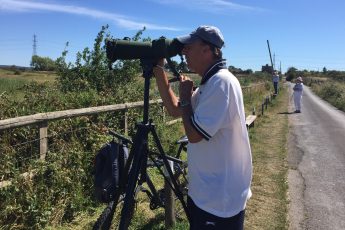 « Previous post
Fremont Brewing Company: Session Pale Ale
Next post »
Who cares for your ducks in the winter?