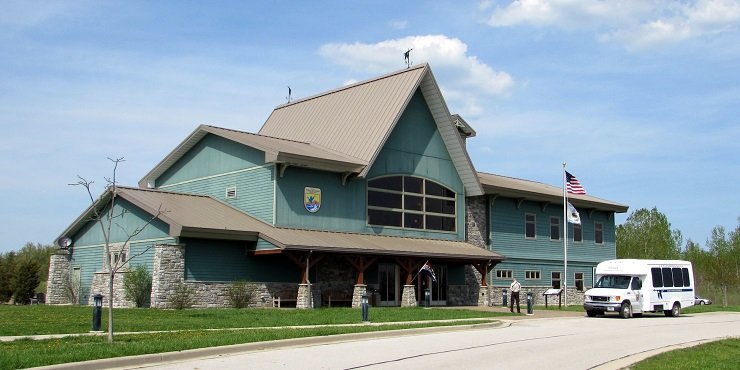 The American Bird Conservancy (ABC) and Black Swamp Bird Observatory (BSBO) recently filed a lawsuit against the federal government arguing that a planned wind turbine near the famed birding hotspot of Ottawa National Wildlife Refuge is illegal. Among other things, Ottawa NWR is a host venue for a prominent birding festival: The Biggest Week in American Birding. The lawsuit was filed in federal district court in Washington, D.C.

That sounds important (the ABC press release is here), but what is the dispute really about and what happens next? The explanation begins with looking carefully at a legal document, which can be more interesting than it sounds. And it can be useful to have a general understanding of what actually happens in bird-related conservation litigation.

A lawsuit is started by filing a “complaint” (link here) which identifies the parties and specifies the grounds that the plaintiffs believe entitle them to relief. It consists of a series of numbered paragraphs. Note that this is a document drafted by the plaintiffs (ABC and BSBO): it is designed to state the case factually but persuasively. It is not designed to be objective or to give both sides of the argument.

The Preliminaries: Paragraphs 1-5 identify the issues at a high level:  the lawsuit involves a proposed turbine at a facility near Ottawa NWR in Ohio that will allegedly kill birds in violation of federal law. Paragraphs 6-17 identify the parties, the two nonprofit plaintiffs and the various federal defendants, primarily officials with U.S. Fish and Wildlife Service (FWS), the Department of the Interior, and the Air Force (technically the Ohio Air National Guard). Paragraphs 32-39 set forth an overview of the laws that plaintiffs argue would be violated if the turbine constructed. 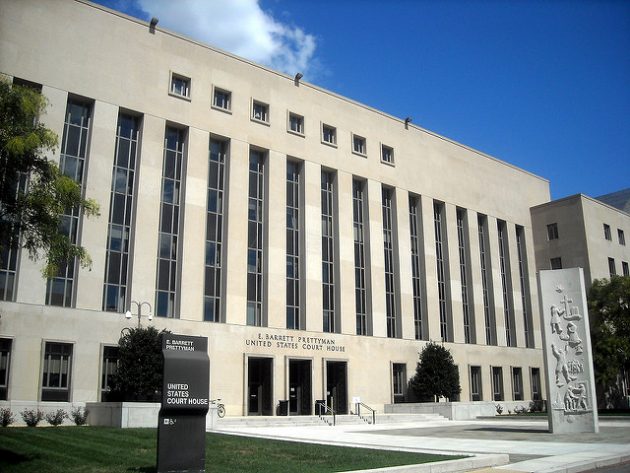 The Substance: The “Factual Background” section finally begins the substance of the lawsuit. Paragraphs 40-52 state that a turbine was initially proposed by the Air Force in 2007, at Camp Perry, a location just “0.1 miles from Ottawa National Wildlife Refuge” in an “area of documented bird concentration.” Note that the case is about a single turbine, not a large wind facility with multiple turbines. There is also a large existing turbine at a nearby office park.

FWS evidently objected to this proposal, noting the proximity to the refuge and the area’s importance as a migratory corridor for many species of birds. Moreover, because the site is near the shores of Lake Erie—prime stopover habitat—birds may fly at lower altitudes, increasing risk of turbine strikes. There are nesting Bald Eagles in the area as well. A handful of endangered species have been observed at the refuge (or in the vicinity) as well.

FWS encouraged the Air Force to complete a full “Environmental Impact Statement” (a thorough and detailed assessment of the project) rather than a shorter “Environmental Assessment” (a shorter less rigorous review). The shorter assessment was done and FWS evidently took issue with the results, as did the Ohio Department of Natural Resources.

In January 2014, ABC and BSBO sent to Air Force a notice of intent to bring a lawsuit, and the project was shelved. But in July 2016, the Air Force resumed the project and issued a new draft environmental assessment, which proposed some mitigation methods, including reduced operation during dawn and dusk during migration periods. But it also proposed a larger turbine.

In March 2016, FWS issued a “Biological Opinion” that acknowledged the potential for bird deaths but concluded that it would not jeopardize the continued existence of several endangered birds.  For example, it estimated that over 25 years, the turbine would kill one Kirtland’s Warbler, a rare migrant at Ottawa NWR. Shortly thereafter, FWS issued a separate report noting that “vast numbers” of birds migrate through the Camp Perry area but the plaintiffs alleged that FWS did not consider that information in its report.

In October 2016, ABC and BSBO sent to Air Force a notice of intent to bring a lawsuit and they later filed the complaint. 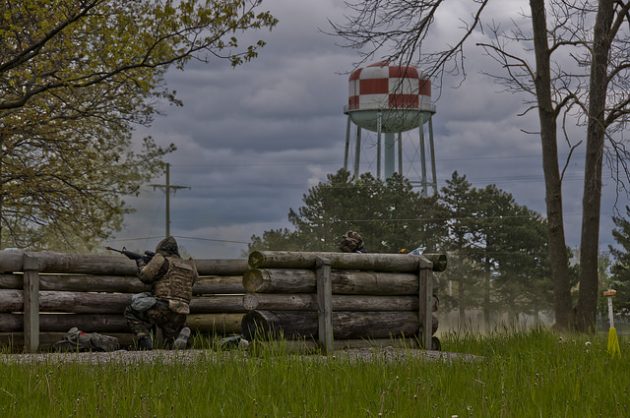 The Claims: The plaintiffs contend that these facts demonstrate that the turbine would violate: (1) the Endangered Species Act; (2) the Migratory Bird Treaty Act; (3) the Bald and Golden Eagle Protection Act; and (4) the National Environmental Policy Act. These detailed and often technical arguments are set forth in paragraphs 66-102.

The Request: The last section sets forth what plaintiffs want out of the lawsuit: a set of declarations that the defendants violated a variety of federal statutes and an injunction against the turbine project. They also want a number of procedural remedies that would, for example, require additional analysis, reports, and other steps to achieve what they view as compliance. And they want their attorneys fees.

The Bottom Line: Even the complaint suggests that this case is no slam dunk. The Air Force did consult with FWS pursuant to the Endangered Species Act and FWS ultimately did assess the project. The Air Force did analyze the potential environmental impact of the turbine under the National Environmental Policy Act, and so forth. The essence of the argument appears to be that not enough was done or that it was done inadequately, not that the law was completely ignored. That is a tougher argument.

As with most bird-related conservation litigation (like this one), the case will turn on glamour-less issues such as how much information the agencies gathered, how they analyzed it, and what conclusions they made. The government will benefit from the deference the courts give all agencies in their area of expertise. For example, as to preservation of migratory birds, courts will generally defer to reasonable conclusions of FWS.

None of this is not to say that the government is correct or that it will prevail in court, only that it will not lack arguments that plaintiffs are wrong and that is various reports and analyses were, in fact, sufficient.

The next steps are that the government via its attorneys at the Department of Justice will file an answer to the complaint. And then the parties will litigate the case, which could take years, unless there is a settlement (most cases settle). Whether any of this will have a significant impact on migratory birds will not be known for some time.

UPDATE:  Sometimes resolution can come quickly.  BSBO has declared victory, stating that the turbine has not been approved and that there is no plan to move forward.  The parties therefore filed a motion to dismiss the lawsuit. 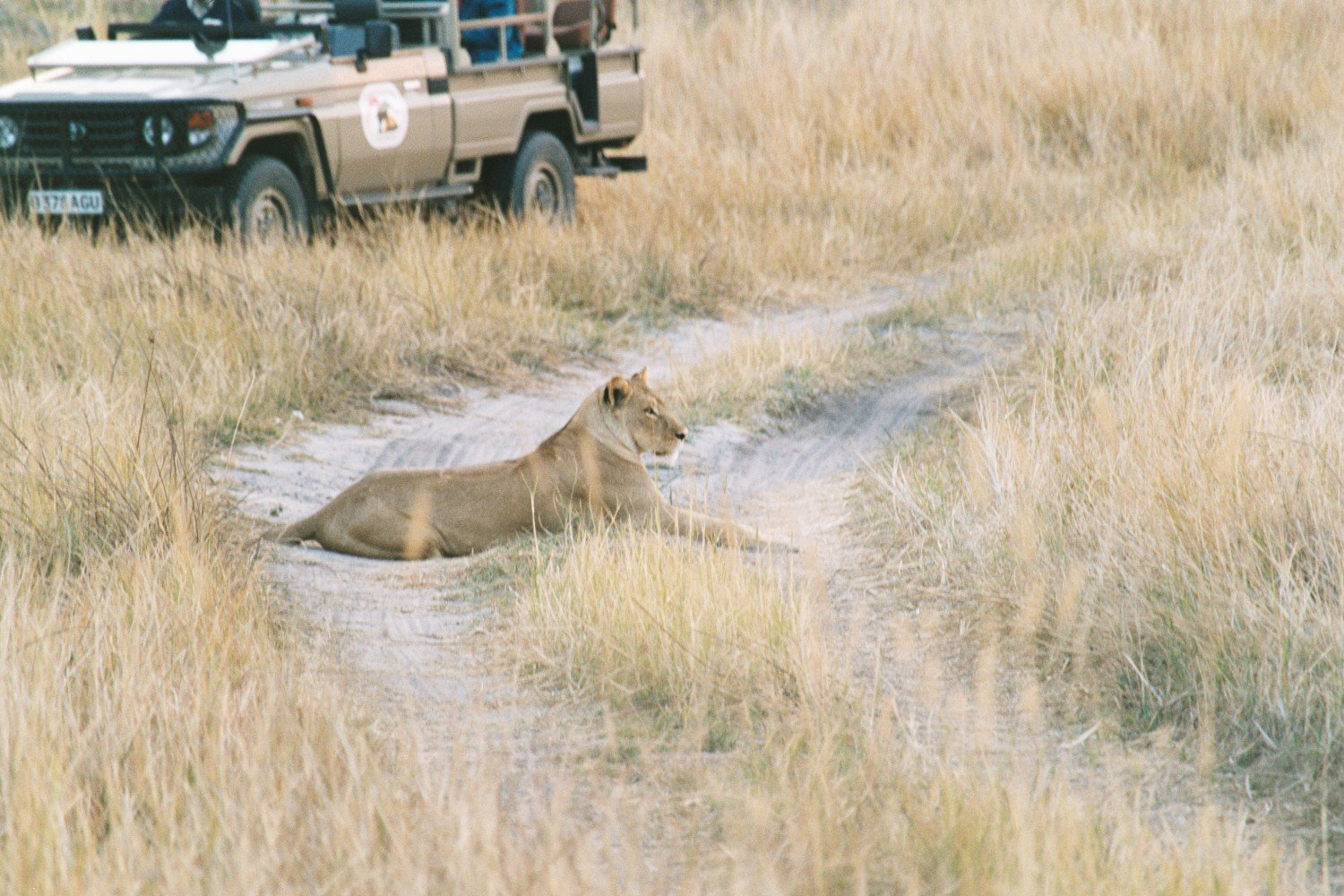