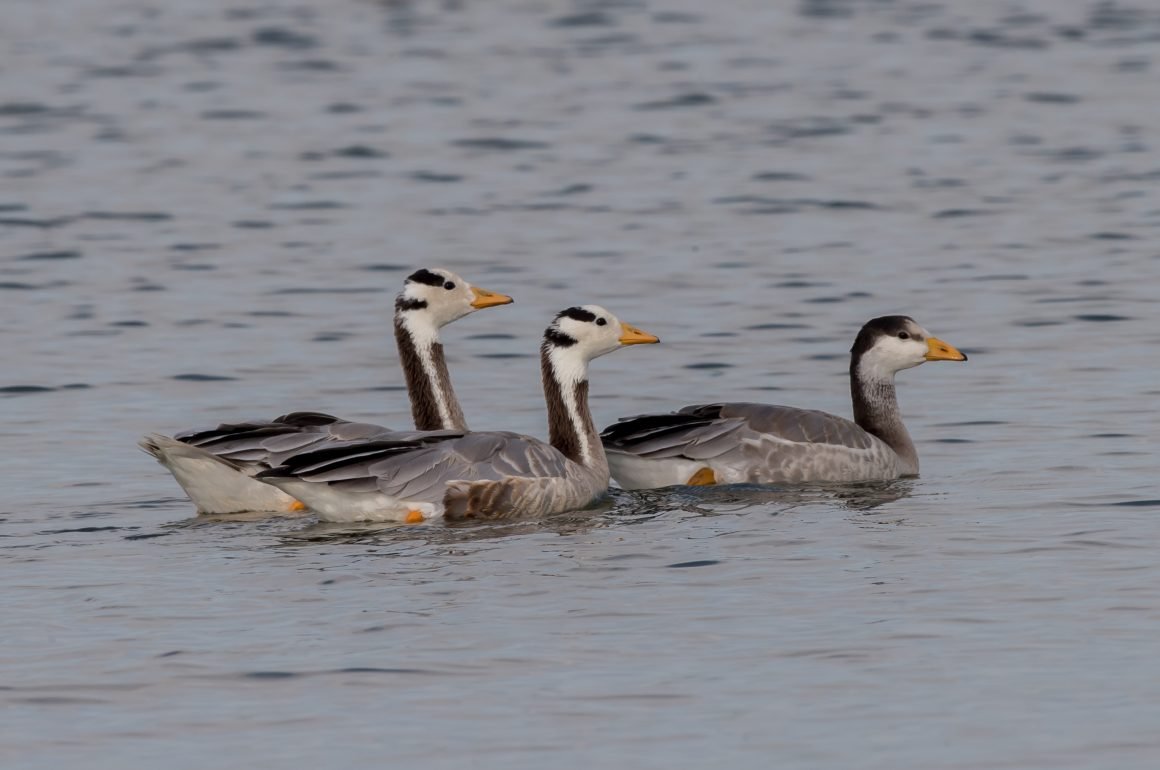 Located about 2 hours from Xining by car, Qinghai Lake is China’s largest lake. It has some interesting characteristics – its high elevation at about 3200 meters, its salt content, and its alkalinity (as it does not have any outflows).

Access to the lakeshore and its surrounding wetlands can be difficult in many locations – most of the coastline is blocked off. Still, again with the help of the guides from Alpinebirding, we managed to get to the right places to see birds.

One of the easiest birds to see around the lake is the Bar-headed Goose, which somehow I am always afraid I will one day misname as Bar-coded Goose (though that name would also work as a decent description, I think).

For some reason, the immature gull looks almost bigger than the adult.

The same beach was also shared by some Great Cormorants. They are used for fishing by Chinese fishermen at other locations – nowadays mostly as a tourist attraction. This is possible because they seem to be very efficient at catching fish – an older scientific paper claims that they need to work less than one hour per day to get their necessary amount of fish. Maybe we all have the wrong jobs (or skills).

It seems Common Mergansers are similarly lazy birds – according to a study quoted in the HBW, wintering individuals in New Mexico spent 58.6% of time loafing, 17.5% sleeping, 5.7% flying, 4.0% preening, 4.0% stretching, 3.8% swimming, and <4% feeding. So, for more than three-quarters of their time, they either sleep or laze around, i.e., are completely unproductive. Not the kind of behavior that makes a management consultant like me appreciate a species.

Sadly, the highly anticipated Bearded Reedling of Qinghai Lake turned out to be a single female without the specific characteristics of the species that make it so attractive to bird photographers. Imagine a Bearded Lady without a beard … wait, that sounds kind of attractive …

If the pseudoscience of physiognomy (the idea that it is possible to judge characters from faces) had any basis in reality, I do not think anybody would ever trust a Brown-headed Gull.

Apparently, a path we were taking on the way to the lakeshore was close to the nest of a Common Redshank. The bird was not amused.

Sadly, the Ground Tit is not a favorite of cartoonists all around the world. I cannot understand why.

One Ground Tit with plastic trash

The Tibetan plateau also has a crane species breeding here, the Black-necked Crane. They seem to like the wet meadows on the Southern lakeshore. The banded one on the photo was banded at Qilianshan (across the lake, about 250 km north of where the photo was taken) in August 2020. Must have taken a boat across the lake.

The Tibetan Snowfinches we saw were not by the lakeshore but at a nearby slightly higher mountain pass. Given the very limited information available on the species in the HBW (e.g., section “Movement”: “No information”), this snowfinch looks like a good candidate for a Ph.D. thesis topic for some young ornithologist.

This color scheme – some white, some brown, maybe some slight reddish, blackish or greyish tone – seems to be favored by many smaller passerines living around the lake, such as the Oriental Skylark (assuming this is one, and not a Eurasian one) …

… and the Tibetan Lark.

Even the Handbook of the Birds of the World seems to be a bit unsure about the proper name for this Rock Thrush: Common Rock Thrush (the header of the HBW species page) or Rufous-tailed Rock Thrush (the name listed under the distribution map on the exact same page). I think I prefer the latter option, as calling a species “common” seems to indicate a certain intellectual laziness. 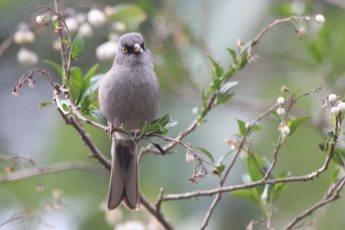