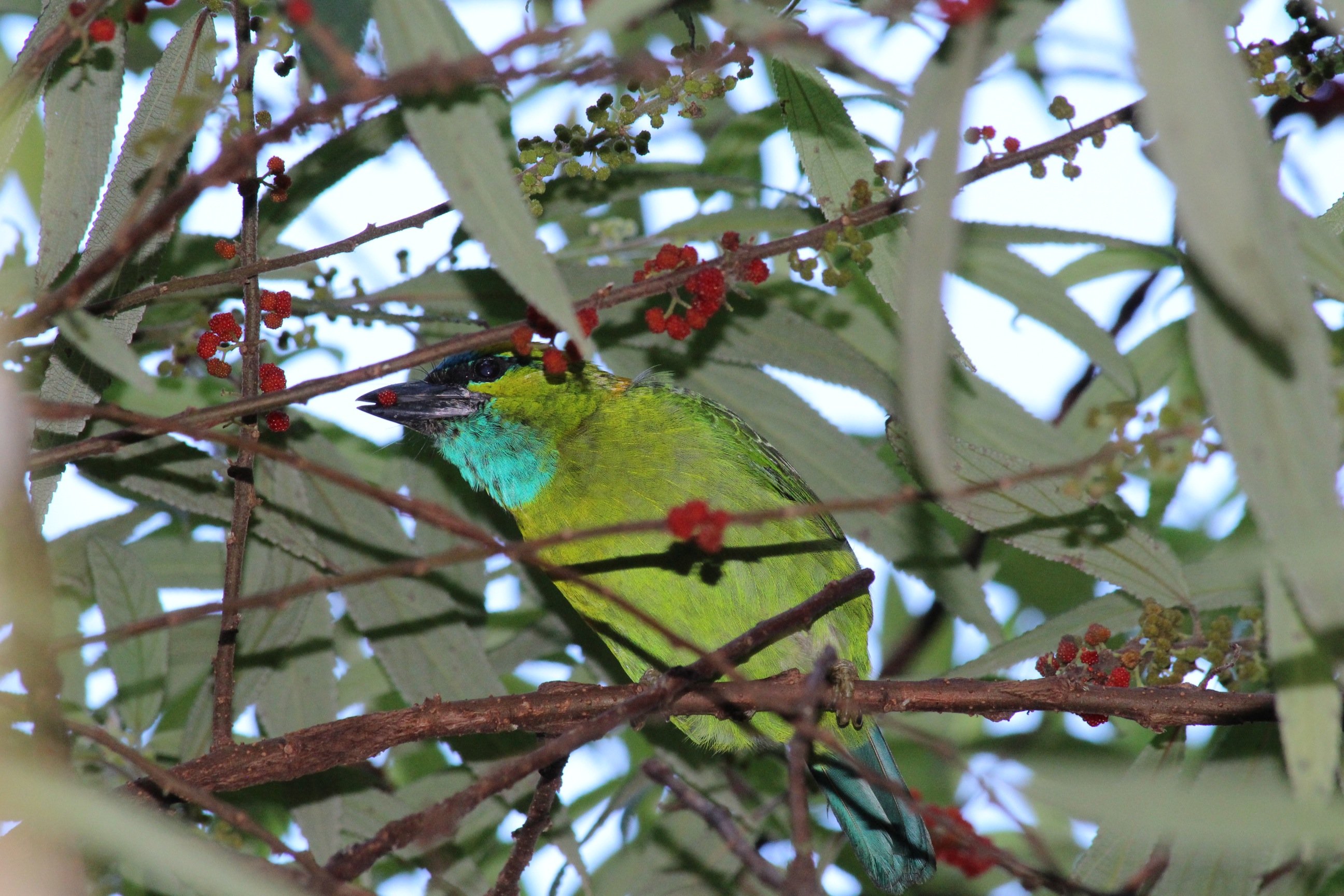 Tambunan was the bookend to my trip to Borneo, it was the first destination I birded and the last. As must see birding destinations go, its hardly the most user friendly location that you can go birding. You basically drive up to a stretch of forest in the mountains above Kota Kinabalu (principal city of Sabah in Malaysian Borneo), and walk up and down a road with often very little verge and a constant stream of lorries, cars, motorbikes and pickups. There are some trails at the centre Rafflesia centre, but these are closed unless there is a Rafflesia flower in bloom. So why would people drive to this stretch of road to look at birds when there are so many well trailed parks and forests across the island?

Borneo is blessed with a surprising amount of endemic species, considering that the island was linked to the mainland in the last ice age. By and large these endemic species are associated with the mountains and upland areas, rather than the lowlands, which are more isolated from other mountainous areas. This means that when visiting Borneo a visit to the highlands is pretty much an essential component of a trip. You’ll get much more in the way of numbers in the lowlands, but you’ll pick up many more endemics up high, and with that probably many more lifers if you’ve birders SE Asia much in the past. Mt Kinabalu is the most famous birding destination in Borneo, and that is where birders spend many days trying to locate highly sought after species. Tambunan is lower down than Mt Kinabalu, which means that it is host to a range of species that are harder to find at Mt Kinabalu, if they can be found at all. We set out at five from the hotel in Kota Kinabalu and drove through the dark, arriving up near the top of the Crocker Ranges just as it was getting light. The skies were clear and blue as we pulled up, and as the engine died we started hearing calls straight away, first the endemic Crimson-headed Partridge and Golden-headed Barbet, as well as some Sunda Laughingthrush. We didn’t see any of those there, although they were all seen later in Mt Kinabalu. Once we started seeing birds I was happier, and my first Bornean endemic was the Bornean Treepie, an odd looking relative of the magpies. A large bird of prey flying across a hill turned out to be the rare Mountain Serpent Eagle (an endemic relative of the Crested Serpent Eagle), which flew into a tree. When we trained the scope on that tree, we found a Blythe’s Hawk-eagle perched instead! Golden-naped Barbet, taken later on in the trip at Mt Kinabalu

After the eagles, birds started coming thick and fast. Ashy Drongos, upright grey birds hawking for insects off prominent posts, were very noticeable, as was a migratory Yellow Wagtail feeding on the road. High up large Mountain Imperial Pigeons flew from hill to hill. More endemics came in the form of the diminutive Black-sided Flowerpecker and the Chestnut-crested Yuhnia. This species is found in large flocks and is one of the most common mountain species in Borneo. It was once a babbler but is now placed with the white-eyes.

As we walked down the road we heard one of the specialties of the site, the endemic Mountain Barbet. We later saw this species briefly down by the centre, a tiny little ball of noise; all the barbets tend to have monotonous calls. It’s worth going to Xeno Canto or some other site before you come to get recordings of the songs, even if you don’t participate in playback it is worth knowing the calls of some of your target species. Other great birds we saw for the first time were the Little Cuckoo Dove, the Grey-chinned Minivet (a cuckooshrike) and the endemic Chestnut -hooded Laughingthrush. The bewildering sign for the centre, illustrated with an amazon parrot and a jacamar in the corners.

We picked up four more of the Tambunan specialties, albeit two of them by call only. The Bornean Leafbird, a stunning green jewel, was quite well seen through the scope, and the Bornean Bulbul also put in a good appearance. Unfortunately I only heard the Bornean Barbet, the last of Borneo’s trio of endemic barbets, and most crushingly of all, the Fruithunter, a unique member of the thrush family.

I ended my trio to Borneo passing through one more time. I stayed less than an hour, driving from Mt Kinabalu to the airport the long way, but even without the help of a guide I was able to pick up a good selection of species. One particular highlight was a pair of Long-tailed Broadbills. Although this species is relatively easy to pick up elsewhere in Asia, its a hard one to get in Borneo, except here, where it nests in sight of the road. It wasn’t breeding season when I was there, so I felt particularly lucky to see them. My photo is awful and in no way does them justice, but I love this species, and it was even my bird of the year back in 2010. A terrible shot of a great bird.

So that’s Tambunan. Rich pickings, especially for endemics, and a must do for any birder visiting Borneo.