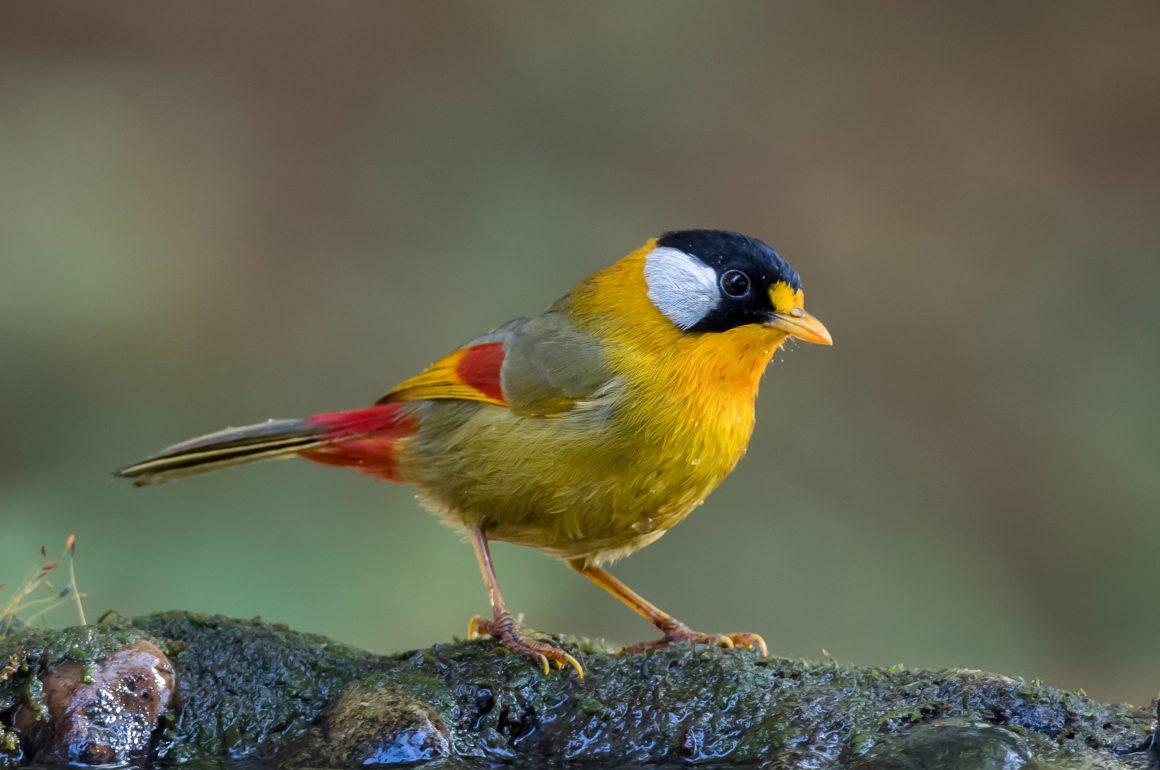 Good news for those frightened by the title of my last blog post – we are now back in the safe and boring world of highly descriptive headers. You are welcome.

Laifengshan is a forested hill in Tengchong, Yunnan – it seems it was used as the local cemetery in the past, as there are many crumbling graves along the paths leading to the top. It is a well-known birding spot, and a low-budget alternative to Baihualing. While Baihualing is much better for birds, foreigners are currently prohibited from going there, presumably as we all carry Covid-19, even if like me we have been in China the whole year. Better safe than sorry, I guess. Does this sound bitter? If not, let me know and I will have to rewrite this paragraph.

Anyway, another topic I wanted to mention in this post is birds. There are some here, and compared to rainforests, they are surprisingly visible. It helps that there is a little bird hide almost on top of the hill, guarded by a Chinese lady and attracting a substantial number of species of birds and birders. As I am a management consultant, my code of honor usually forces me to state loudly that I enjoy challenges, but as a bird photographer, it is actually pretty nice to just sit in a hide and wait for birds to show up. Even though this is no challenge at all, of course.

So, what was there to see?

A Streak-breasted Scimitar Babbler made an early experience. Always nice to see.

The Rufous-gorgeted Flycatcher is uncommon in China (though common elsewhere), so it is nice to see it without having to leave China (and risking either a long quarantine or not being let back in again at all).

In contrast, a common (but spectacular) bird here is the Silver-eared Mesia. It can also be found at the foot of the mountain, appearing and disappearing in fast-moving flocks. I know it is a bit unfair to the species, but it makes me recall the description of one man`s appearance in one of my favorite Raymond Chandler novels (“above the sky-blue gabardine slacks he wore a two-tone leisure jacket which would have been revolting on a zebra”)

Similarly colorful but slightly smaller is the Red-billed Leiothrix.

In contrast, the White-throated Fantail relies on its moves instead of its colors to impress the audience.

So far, I have gone through life without ever actively using the word “epitomy”. I guess there never was a reason to. However, this female Large Niltava is best described as the epitomy of style.

The male does not look bad either, though the female beats it with regard to elegant understatement.

You may already be familiar with this next one if you read Corey`s year-end post, in which I presented the Collared Owlet as my best bird of the year. Then, I wanted to show you three photos of the owlet, but one got deleted by Corey. Owlophobia? Censorship? Ask Corey. Anyway, here is the photo you were not supposed to see.

Collared Owlet – actually the back of it, though the head is turned towards the viewer. While owl literature generally states that owls can turn their head by 270 degrees, this looks more like 360 degrees to me … Which leads me to another, kinder theory: Corey was afraid of Yoga teachers getting very depressed after seeing how flexible these birds are …

I am always happy to see Black-throated Bushtit, even though it is not really rare in China.

Similarly small, cute birds are the Rusty-capped Fulvetta (eBird somewhat grudgingly admits that “This small brown fulvetta would be drab were it not for its sharp white brow and orange forehead”) …

… and the Rufous-capped Babbler.

The hide also attracts three species of minla – Blue-tailed Minla, Chestnut-tailed Minla and Red-tailed Minla. I think it could be an interesting topic for a high school debate club which one of these three is the most attractive.

Apparently, “leafbirds were named for the fact that their mostly green and yellow plumages blend in well into their tropical habitat, where the green leaves and bright flowers of the canopy provide a perfect camouflage for these birds.” This does not work too well for the Orange-bellied Leafbird inside the hide area, which is good news for the photographer.

The hide also offers a good chance to see two species that are attractive, have a somewhat similar color scheme and are somewhat difficult to observe elsewhere …

… and the Maroon-backed Accentor, which Birds of the World describes as “The most secretive member of the family”.

At the foot of the hill, there is a largish temple – the usual Chinese mixture of parked cars, temple buildings, trash and flowers. There, a Maroon Oriole was hiding in the bamboo.

And Verditer Flycatchers were making their sorties from the trees in the temple.

Very late, when no other birds or birders were around any more, a White-faced Jay showed up. Looks quite different from the Eurasian Jay I have seen in Germany, which I found is par for the course for this bird – it apparently has 8 races and 33 subspecies.

I am not sure whether a jay from Europe (with its lack of white face) would be discriminated against if showing up at Laifengshan. Possible, I guess.