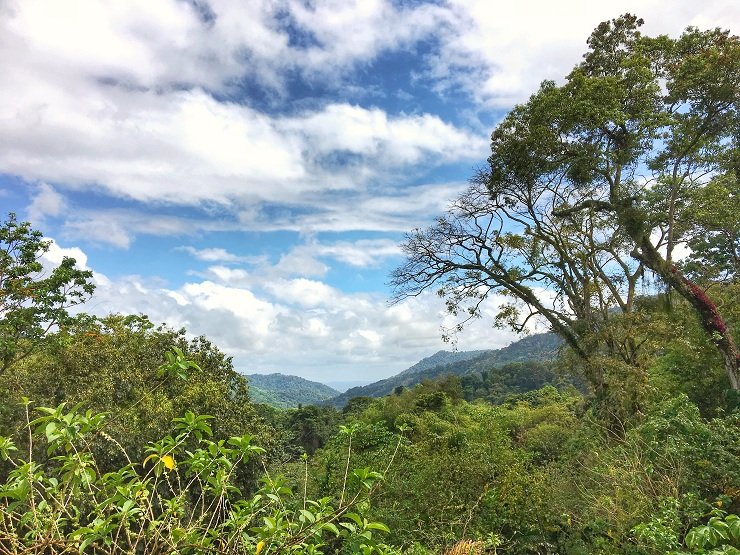 It’s been a crazy few days here in the tropical paradise of T&T to be honest. Let’s just say that there is a single, well-known place where one can comfortably see all three of our resident trogon species, a place which many of you may have visited in the past and more still would surely be dreaming of. Technically I should say was however. Yes, my friends. The mighty Asa Wright Nature Centre announced this week that it is now closed for the foreseeable future.

Crushing news to everyone, certainly. Which is why I’m trying to distract you (myself) with gaudy, colorful tropical cousins to the quetzals of the mainland.

Starting with the smallest – our tiny Guianan Trogon (formerly Violaceous) can often be heard within almost any forested area on Trinidad. Males have a striking yellow eye-ring, and both sexes often vocalize continuously throughout the day.

The largest of the three trogons is the Green-backed Trogon (formerly White-tailed). In the event that the size difference between this and the Guianan Trogon isn’t immediately apparent, males of this species have a beautiful blue eye-ring and a pure white tail.

Many may claim that I’m saving the best for last – and as much as I’d like to disagree and state categorically that all birds are equal, there is just something magical about witnessing a Collared Trogon in the forest. It could be the fact that it’s a restricted resident of higher elevation forest. It could be due to it being our only trogon that can be found on both Trinidad and Tobago. Or it could simply be that rich, vivid red. What do you think?

Please forgive me for my brevity in this post but I’m certain many of you would be as flabbergasted as can be given the news in the opening paragraph. There is still hope, as the ownership and protection of the land remains.

Also, for those of you with any questions about birding in T&T – I’m delivering a free webinar next week Thursday (28th) on birding here. I’d love to take you on a tour – even if it must be virtual for now!