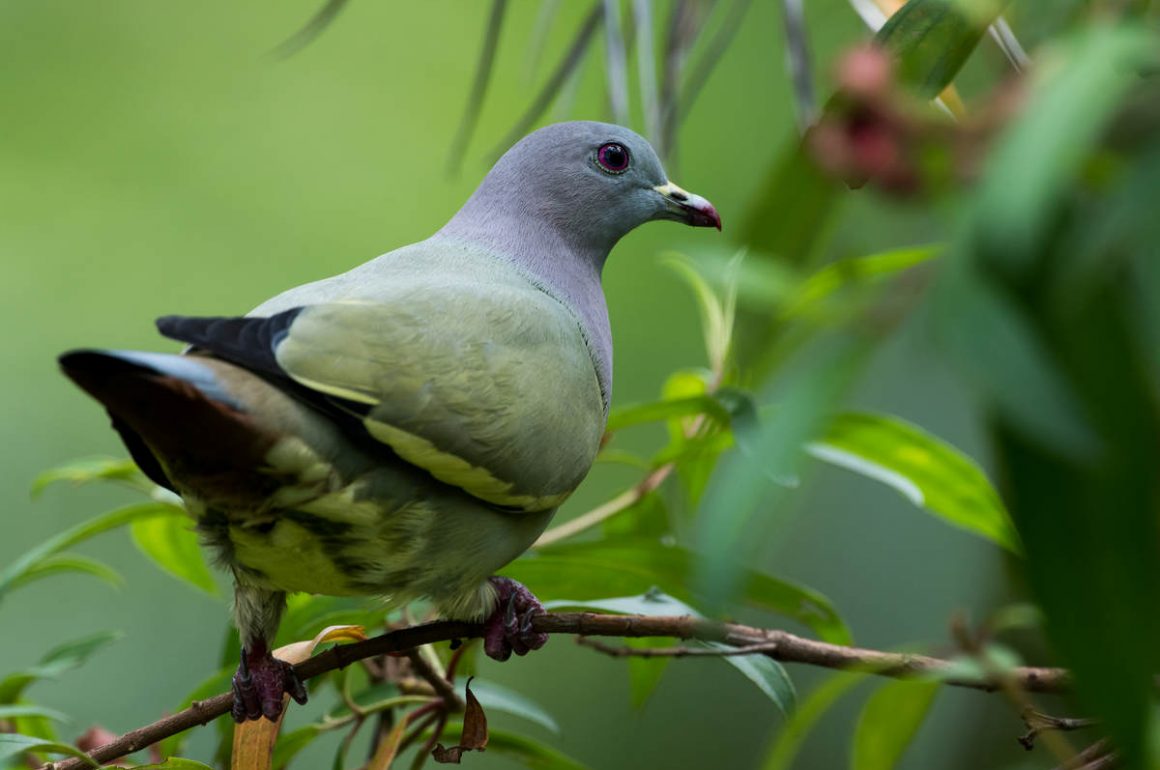 Writing this post, I have been in lockdown in my Shanghai compound for 60 days. The only bird-related activity I can think of is looking at bird photos I took in Singapore in 2015, and adding some irrelevant comments to them.

Presumably, birds living in Singapore do not understand German. This is a big advantage when they listen to Tocotronic’s “Crash” – enjoying the song sounding sort of how I would imagine The Smiths to sound today, in a good way – while not having to understand the fairly awful German lyrics.

For once, eBird gives a good description of the Asian Glossy Starling, calling it a “Fierce-looking, large songbird”. As are humans, this species is fairly urbanized – it “sometimes enters urban areas to roost, e.g. in Singapore” (HBW).

The Asian Koel is a cuckoo species and thus freed from the obligation to raise its own chicks (though the birds like to refer to themselves as brood parasites, which sounds a bit less obviously selfish).

If there ever is a need for a photo illustrating the negative effects of long-term unemployment among birds, I will be happy to contribute this photo of a juvenile Black-crowned Night Heron.

Compared to it, the Striated Heron looks like it has found at least a part-time job, though not a particularly fulfilling one either. Maybe putting together orders in an Amazon warehouse.

The Great-billed Heron – despite its grey appearance – has a slightly more positive outlook due to its recent promotion from Medium-billed Heron.

This photo fails miserably in showing the characteristic blue tail of the Blue-tailed Bee-eater. Somebody fire the photographer, please.

Singapore’s parks are a good place to see sunbirds: the Brown-throated Sunbird …

(… even though the female is reluctant to try it herself – I can relate, being very reluctant to wear anything brown myself …)

… and the Olive-backed Sunbird.

… while the Latin name “jugularis” (“of the throat”) seems to refer only to the male.

Would it worry you to sit next to me on a plane or train and listen to this kind of information for several hours? Well, you could always pretend to fall asleep. Or move to another seat.

A major attraction of Singapore’s birdlife are the kingfishers, many of which are both attractive and relatively easy to see. Witness the Collared Kingfisher (with the puzzling species name “chloris”, which means green – another masterwork of a colorblind ornithologist) …

(the Latin species name “Atthis” hints at a surprising implicit acceptance of non-conventional lifestyles among early naturalists, as around 600 BC, Atthis was a beautiful young woman of Lesbos and a favorite of the poetess Sappho)

… and the White-throated Kingfisher.

I agree that the throat is white.

In Singapore, Common Redshanks mostly drink Tiger Beer. They despise Chardonnay, as anyone (except Spotted Redshanks) should.

I was just thinking that tailorbird might be a good brand name for a cheap line of men’s clothing. Anyway, the Common Tailorbird is apparently named “from the way their nest is constructed. The edges of a large leaf are pierced and sewn together with plant fiber or spider’s web to make a cradle in which the actual grass nest is built” (Wikipedia). I am kind of sad to learn that apparently Sir Edward Tailorbird (1833-1885), the eminent Scottish naturalist, does not even exist.

If you do not like The Fall yet, “Blindness” is unlikely to make you change your mind. Whether you are a creature of the night (like this Large-tailed Nightjar) or not.

Lesser Whistling Ducks are “not threatened by hunting as they are not considered good to eat” (Wikipedia). Lucky ducks.

Generally speaking, I would probably think it is a good sign if females are more attracted to me than males. However, unfortunately, this seems to be mainly true for Laced Woodpecker (female) …

Seeing a Rufous Woodpecker for the first time, I thought it looked kind of weird. Thus doubting my ornithological skills, I was relieved to find that eBird describes the species as an “odd” woodpecker.

This is another one of these birds that make me think that at least 80% of all bird species are more attractive than average.

(For the sticklers among you: I know that this is technically possible, and that to be truly impossible, I should use the word median rather than average. But the joke simply does not work then).

Contrary to popular belief, the Sunda Woodpecker did not get its name based on its distribution on the Indonesian Sunda islands but rather because its plumage is reminiscent of the sprinkles on an ice cream sundae (the singular of the Latin sundae is sunda).

Completely irrelevant bonus information: according to a website we always all hoped existed, “thedairyalliance.com”, a pharmacist named Charles Sonntag created the sundae, naming it the “Sonntag” after himself. Sonntag means Sunday in German, and so the name was translated to Sunday, and later spelled as “sundae”. Please keep that in mind if you ever think that Germany’s only contributions to the world are highways and world wars.

This Greater Racket-tailed Drongo has apparently lost one of its two rackets, if this is what these bits are called. It does indeed look like a racket – not a tennis one but a hockey one. I guess having one racket is still enough to play the game, though it may not be sufficient to find a high-quality mate.

For some reason, I only have photos of two bulbul species taken in Singapore – the Olive-winged Bulbul …

… and the Yellow-vented Bulbul. Pretty poor given that eBird indicates the presence of 13 bulbul species there. And I spent my time in Singapore birding, not shopping.

If you take a feral pigeon, bleach it and then batik it using the right colors, the result might be a Pink-necked Green Pigeon (1). Plus hopefully, you will be arrested for mistreating animals.

If on the other hand you take a zebra, shrink it and attach wings, the punishment may be similar, but the result will not be a Zebra Dove.

These birds on Pulau Ubin may well be Red Junglefowl (they have grey feet), but they may also be hybrids – apparently, there is a genomic continuum from feral to wild Red Junglefowl in Singapore. Interesting, if you think this kind of stuff is interesting.

The female Scarlet-backed Flowerpecker would be more appropriately named “Scarlet-rumped Flowerpecker”. Just naming a couple based on the name of the male does not always work well, whether among humans or among birds.

Tanimbar Corellas are endemic to the forests of the Indonesian Tanimbar Islands. While their population there is declining (they are classified as Near Threatened), they have become fairly common in Singapore.

The story is similar for the Red-breasted Parakeet – native and Near Threatened in Thailand and surrounding countries, but with an established breeding population in Singapore, quite likely established from escapees.

Finally, the Yellow Bittern is one of my favorite birds in Singapore, and it is much easier to see here than in its breeding grounds in Shanghai. It is small and light – about 80 to 100 grams – which allows it to perform some amazing acrobatics in and on reeds.

(1) Not surprisingly, the Pink-necked Green Pigeon is widely distributed in Indonesia, where the batik technique was invented. 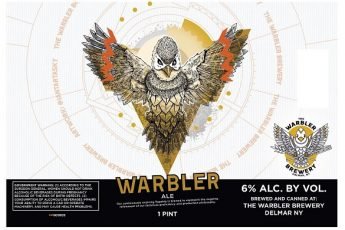 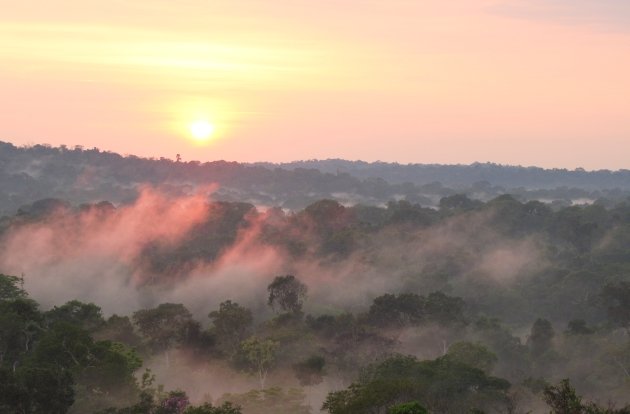 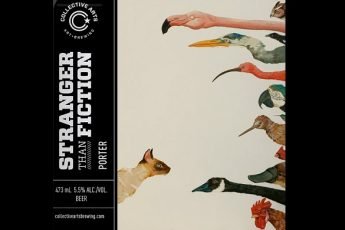