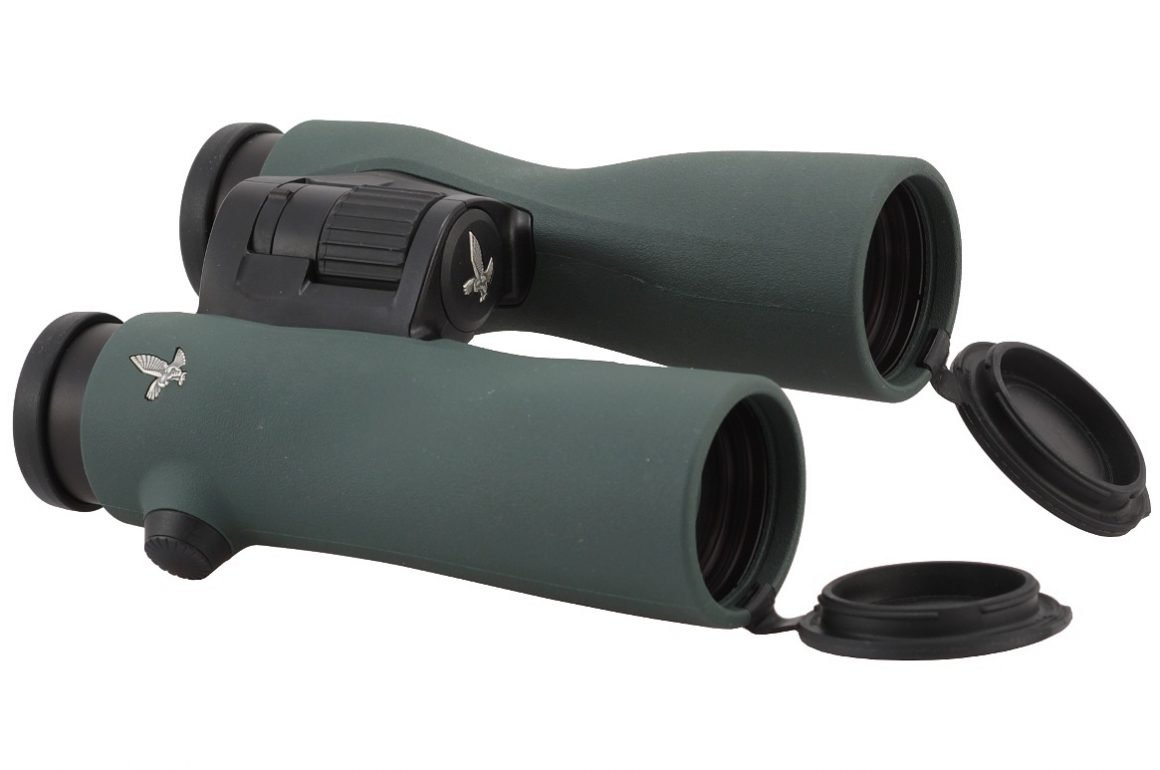 And did it mostly from a canoe, which responds to every move you make, multiplied by the river currents, making it ever harder to use the narrow field of view (a.k.a. FOV) of the 12s. With such a background, my decision to test the new birding frontier of Swarovski 12×42 extra-wide FOV binoculars didn’t appear strange at all – to me, at least.

There is another reason I was curious about the 12s: I have mobility issues. If you spot a small bird with, e.g., 8s, you will walk towards it until you get a better view. But nowadays I bird not only by car, but actually from the car, waiting for the bird to show itself better. Or fly away, whatever happens first. So I asked myself would a higher magnification (than my usual 8x) prove to be a significant improvement?

I tested the 12s at my usual stomping grounds where I am used to local species and landscape, at their usual distances from the observer, so I could immediately spot a different experience. There was one more aspect I wanted to test: I usually carry a scope with me, but with 12s I left the scope behind, wanting to see if a higher magnification can replace the scope at shorter to moderate distances. 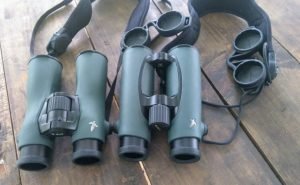 But, before I share my (very subjective) impressions with you, let me introduce the NL 12×42. Prior to NLs, Swarovski never made 12s in 42 mm version, so for comparison I will choose the nearest well known birding bins from Swarovski, the legendary EL 10×42 W B. 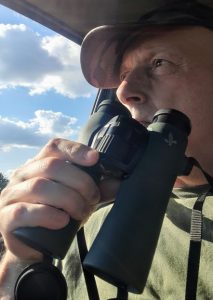 And so, eager to get my first-hand impressions, in mid-June I found myself birding my local patch. The views were bright and crisp, focused edge to edge. Since I was at a place I am familiar with, plus I am used to 8s, the opposite shore and poplar plantations were suddenly much closer and the birds seemed confusingly large.

Jumping from 8s to 12s, I had that weird feeling that all birds are bigger than I know them, so their sizes confuse me and I can’t use them as a character for ID! Despite the stronger magnification, because of the now confusing sizes, distant shorebirds at first posed a challenge (it takes some time getting used to now enlarged birds). But seeing larger than I am used to has its advantages too, e.g. Green Sandpipers at 50 m looked big, every detail visible, as if I were looking at them with at least 20x or more! Distant birds become more noticeable, so instead of the usual 10 swifts now I had 60.

I also asked my cousins for their impressions. Mirjana works at a media agency and edits loads of photos daily. The first thing she noticed was how crisp the image is. Milan is a photojournalist who was stunned how strong magnification is and yet, how bright the image is, plus how nice the outer rubber feels to the touch and how comfortable the barrels are. 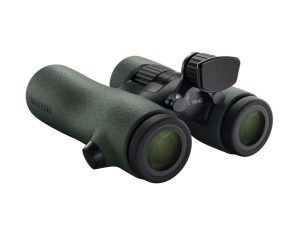 Finally, the forehead rest is an innovative way of keeping one’s binoculars steady. It is particularly useful with larger magnifications, such as 12x, but my friend from the beginning paragraph happily uses the forehead rest on his 8s and has only superlatives for it.

Yet, I had hardly used it myself, because of the way I bird, from a car, always resting my elbow on the open window so it is as steady as can be. Also, in the case of a raptor high in the sky, I raise my binoculars upward more than my eyes or head, and using the forehead rest inside a car in such a situation limits how high I can raise my bins before the rest presses against my forehead restrictively. So, it may not be a thing for me, but from all the comments I heard, it comes highly recommended.

To conclude, NL Pure 12×42 comes as a strong and highly specialised beast, great for waterfowling and waterbirds in general, than for raptors, and for open habitats such as marshes, grasslands, open savannas, mountain-tops and deserts, and sea-watching. It also works well with scrub and hedges, e.g., I observed a Barred Warbler in a bush, constantly obscured by leaves, poking its head and barred chest only briefly, which I saw only thanks to strong magnification.

Expectably with NL 12s, keep away from forests or woodland-savannas, for which the FOV is not wide, nor deep enough, and it becomes hard to locate the bird before it flies off, or to focus it in time. For such habitats, the right beast is NL 8×42, with unbelievable width and depth of FOV. NL 10×42 comes as an universal middle ground between the two extremes.

Just like the ELs in 1999, the NL Pure series represents another significant milestone in birding optics. While I do not have a decisive answer whether a higher magnification would prove to be an utterly significant improvement (it is both “yes” and “no”), for the second question the answer is “yes”: for shorter distances 12s can replace the scope!

In conclusion, choose your model after the dominant habitat type you usually bird. Since there is no need to sacrifice FOV, I am considering 10s. Similarly, if you are already using 10s, do consider 12s. Yet, jumping from 8s to 12s is not something I would recommend. Try the NLs, but beware: you will fall in love.