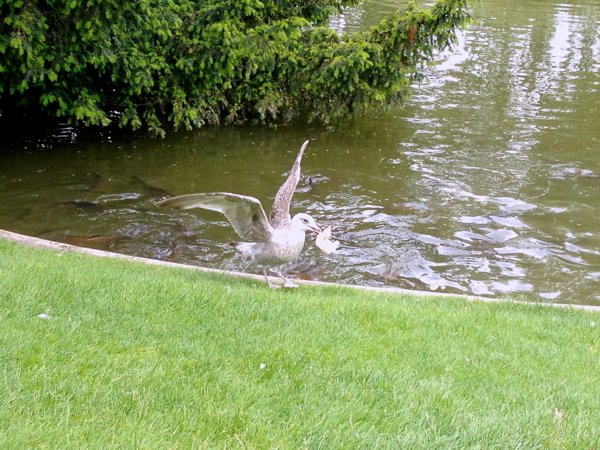 There are a couple of YouTube clips out there that seem to show birds feeding fish–just like people. What’s really going on is that the birds have hard dry food that they need to moisten in order to eat it. The surrounding fish have figured this out and begin a feeding frenzy around the feeding station. I recently had the opportunity to spend time and Paris and thought it might be fun to do some birding there. I have no problem birding in urban areas and generally feel fine toting my bins and even my digiscoping set up with me anywhere. However, I learned fairly quickly that female alone in Paris is the favorite target of everyone from a Russian Charlie Chaplin street mime looking to sell mime classes (and perhaps get a little something something wink wink nudge nudge as well), to guys trying to sell string bracelets for 20 Euros or people pretending to be deaf with petitions getting you to give them some Euros. My gut instinct told me to leave the optics back in my hotel room. But birds were easily seen and some like the above Wood Pigeon were just as friendly as the Paris waiters. But I was most excited to get to see a young Herring Gull chowing down on a baguette outside of the Eiffel Tower. The bird had its job cut out for it. Eating the hard crusty bread without losing it to the surrounding Carrion Crows or…fish. Generally, a gull would dip the bread in water to soften it, but he fish in the pond were wise to this routine and ready. The poor young gull lost more of the bread to the fish than it actually ate.

So they technically are feeding the fish…but it’s not all that altruistic. 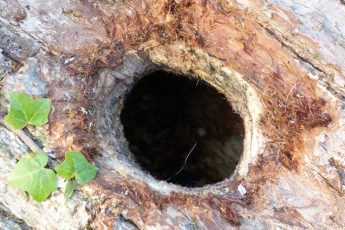 « Previous post
The Front Cover Bird
Next post »
Bird Conservation News: The Good, The Bad (and Ugly), and More Good