In this guest post Clare and Grant Morton talk about Broome Bird Observatory and Roebuck Bay, a critically important site for shorebirds on the East Asian – Australasian Flyway (a huge ‘channel’ which connects non-breeding areas in the south with breeding areas in the far north and is home to over 50 million migratory waterbirds – including shorebirds, anatidae, and cranes – from over 250 different populations, including 28 globally threatened species). The Broome region itself, with its varied habitats, has recorded more than 300 bird species of birds. This is more than one third of Australia’s total and includes 50 species of shorebirds, which is nearly a quarter of the world’s total.

My husband Grant and I have had more than a casual interest in birds all of our lives and since we moved permanently to Broome, Western Australia, at the end of 1999 it has become a bit more than that! You can never volunteer too much of your time to the observation and conservation of birdlife….especially in the current environment.

For anyone that knows Broome, you just can’t ignore the birdlife all around you…whether it is in your garden or in Roebuck Bay, which has been a Ramsar site since 1990. The Broome Bird Observatory is located in Roebuck Bay and offers spectacular opportunities for observing the shorebirds in Roebuck Bay. It is quite an emotional event to watch the shorebirds leave on dusk for their northern breeding grounds each year during March, April and May. With the constant threat of mudflats being reclaimed in Bohai Bay and Korea we eagerly await their return to Australia each year from early August.

We are also involved in voluntary work with Global Flyway Network to assist in research into the longevity of shorebirds that use Roebuck Bay and Eighty Mile Beach to the south. There is great reward in seeing an individually marked bird here in Australia and it then being reported in Korea or China; but the highlight has to be when it returns. Everyone is encouraged to report engraved flags throughout the flyway to enable a better understanding of these birds movements and protect their feeding grounds into the future.

There has been ongoing counting of the shorebirds in Australia, as we monitor the decline in population as a result of reclamation of mudflats in Asia, and this February we had an amazing phenomenon on Eighty Mile Beach. Cyclone Laurence passed across the north-west at the end of December 2009 & with it torrential rain & winds. Within a few weeks there had been an explosion of grasshoppers followed by a huge influx of Oriental Pratincole and Oriental Plover. During the cool of the morning and in the evening they feast on the plains, but we really had quite a problem observing the other shorebirds due to the high density of these two species on the beach as the day warmed up. To our knowledge this phenomenon has happened on just one other occasion, and was after similar weather in February 2004. It resulted in an upwards revision of the population numbers of these species in the flyway. Papers have been written on this amazing event and can be viewed at Stilt, issue 57.

Whilst the shorebird numbers are reduced here during our Dry season (when they go north to breed) we are lucky enough to have Pied Oystercatchers and Red-capped Plovers breeding along Cable Beach. Over the years the same birds keep returning to the same nest sites and we report all nesting attempts to Birds Australia. The recording of data may help us to address the predation of eggs by feral cats in the near future.

Beyond Broome you can venture inland to ephemeral lakes and watch the changing seasons as the birdlife adapts to the changing climate and environment. Dollarbirds and Channel-billed Cuckoos return during our Wet season to breed here and there is never a bad time to visit the Broome area if you are interested in birds. We have definitely had our fair share of rarities over the years, which have ranged from the east Asian Blue & White Flycatcher, the Endangered Nordmann’s Greenshank (another shorebird effected by wetlannd reclamation) and the orientalis form of Eurasian Curlew to the most recent Semi-palmated Plover. Cyclones are particularly good for bringing in the rarities and we are always on the look out for nest swiftlets on these occasions.

We hope we may have given you an insight into some of the good work that is being done by the many volunteers here in Broome who truly care about the shorebirds and are extremely concerned about the destruction of the mudflats in Asia.

Broome Bird Observatory is located on the north-west coast of Australia on the shores of Roebuck Bay: just 25 kilometres east of the town of Broome and some 2,400 road kilometres north of Perth.

The Broome region is regarded as the most significant site in Australia for shorebirds as well as being of high signifcance among other locations for shorebirds across the world. Roebuck Bay has the greatest diversity of shorebird species of any site on the planet and around 150,000 of these birds visit annually. The magnificent coastal scenery of Roebuck Bay provides a fitting backdrop for the birds and is a stunning attraction in its own right.

Broome Bird Observatory was established in 1988 by Birds Australia (Australia’s peak scientific and recreational birding organisation) as a research and education facility. Its principle aim is to work for the conservation of migratory shorebirds which visit Roebuck Bay along with the many endemic birds of Broome. 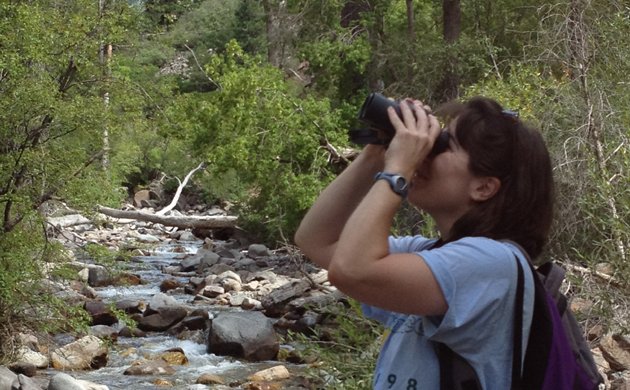