Before I start with my first post on 10,000 Birds as one of the new beat writers, I would like to mention how grateful I am for the opportunity, and how thankful, and that it is such an honour, and …

Look, if you want to know how so many excellent plus one average nature writers ended up onboard 10,000 Birds, you may just want to follow this link. That’s all there is to say.

I have a young son who is nearing his third birthday. Being a zoologist, I have tried to teach him not only the words for tractor, truck, bus, and excavator (although these are clearly his current main fields of interest), but also animal names. As a matter of fact, I started very early on in his lingual development with “Taiga Bean Goose” but soon realized that domesticated animals did a better job of inducing an interest in the animal kingdom. To fully ignite the dormant zoologist within him, I made sure to point out and name all the animals we encountered on our stroller expeditions around farms and fields, and I also provided him with a description of the sounds they make. This recently struck me as somewhat peculiar. Why are the vocalizations of an animal so important that they are always the first detail children learn from their parents? It is always name and sound. Why not name and food source, or name and mode of locomotion, or name and type of roosting place? Parents will rarely – if at all – introduce their kids to the world of birding by telling them that “this is called a BIRD and it lives in a nest”. No, it will always be a BIRD and it goes peep. And here is a dog and it goes woof, woof, and this is a cow and it goes moo, moo.

Intriguingly, I may mention the correct name of an animal as often as I want and the sound only once, yet it is the sound that my son memorizes as the animal’s name.
Me: “This is a sheep, it’s called a sheep. A sheep goes baa. It’s a sheep. What is it?”
Son: “It’s a baa!”

Although it may seem otherwise, my son has very well also memorized the word “sheep” in the example above. If I ask him where the sheep is within a group of assorted animals, he will not point to the goat, the camel, or the polar bear. Nope, no way, he will invariably point to the sheep within the crowd as if it was the most self-evident thing on earth and say “There’s the baa!”
He’s clearly doing this by choice.
From this I recently concluded that humans must have an ancient and inherent urge to name animals by the sound they make, and as Rick has recently pointed out using the word *ghans, this has indeed been common practice amongst our forefathers.

Now, as I have expressed a few issues with many of our birds’ common names in the past, I wondered if this emphasis on onomatopoeic aspects might be a viable way of making the names of birds more accessable to novices, and give them an air of sense and meaning. So I gave it a try, and here are a few short birding episodes of mine as my son would narrate them, with the common names in brackets (sound descriptions were taken from Sibley’s field guide).

Michigan, summer 2007:
A soaring Yaaa Yaa Ya [Double-crested Cormorant] had me all confused as it was so reminiscent of a Krr kr krr kr kr krrr krr [Anhinga], but a thorough analysis of the photos took care of this hope for a rarity. Ontario, May 2005:
While I sat in the evening sun overlooking the marsh, I scanned the reeds and cattails for a Rad rad rad rad [Yellow-headed Blackbird]. But no such luck. Thankfully, two Poopoopoo [Least Bittern] in flight offered some well-deserved consolation.

Norway, June 1992:
Having arrived at the northern coast of Hamningberg, I was thrilled to immediately notice a strong movement of birds along the shoreline, mostly involving Aarrr [Common Murre] and Urrr [Razorbill], but also the hoped-for Aoorrr [Thick-billed Murre].

Ontario, June 2007:
Scanning through the flocks of Kuleeeeuk [Ring-billed Gulls] at the tip of Point Pelee for the umpteenth time, I sincerely wished they all … well … at least one could be a California Gaaal [yes, that’s right].

It can’t be denied that those purely onomatopoeic bird names sound quite sharp and make the entire concept of calling birds by their call appear quite convincing. But is it really practicable? Let us see how well you do with purely onomatopoeic bird names by inviting you to do a little quiz. This time however, I have raised the bar somewhat, and the descriptions may or may not be from the Sibley’s guide and quite possibly also from other field guides. You will really have to try and visualize, or rather audiolize the songs from their descriptions to reach an identification. As I am on a monthly beat and birders are not known for being exceedingly patient (bird fast, twitch young – except those committed to making visual contact with Black Rails, I guess), the solution will be included further down in this post, hidden from your monitor by a random selection of bird pictures. Here is the task:

Guess or rather definitely identify the bird species on the following list of onomatopoeic “names”: This Corn Bunting belongs to a very small group of birds where the onomatopoeic concept would be compromised. No one wants to put down in writing the sound of jangling keys Rock Pipits share their winter habitat with the Purple Sandpiper, but clearly got the worse end of the names deal. Purple Pipit would have been so much more inspired. It’s potential onomatopoeic name? Oh, never mind, think “Purple Pipit”!”

And now, after cleansing glances at some of Europe’s most colourful birds, here are the solutions:

Upon closer inspection, the respective descriptions – while not diametrically opposed – do seem to show an amount of variation one would struggle to label as insignificant. Indeed, from the variation presented by different authors, it would even seem that there is a disturbance in the interface between the acoustic signal and the literary presentation, making the descriptions highly susceptible to a certain degree of randomness.
Therefore, I conclude that the oh so promising strategy of using an onomatopoeic approach to get rid of awkward and gawky names like Northern Beardless Tyrannulet, Red-bellied Woodpecker, and Connecticut Warbler is fundamentally flawed or at best only applicable to regions that are covered by one field guide and one guide only, like … the moon and such.

This is really too bad, but in defeat lies opportunity for more reflecting.

Lo and behold, this insight led me to critically analyse my use of sound descriptions in field guides, and the result is quite shocking!

I barely make use of them.

Seriously, I hardly ever read them at all, and – if my memory serves me right – I have never, ever identified a bird call or song by using the description in a field guide alone. Surely the descriptions allowed for a rough assessment of the possible species involved, but a certain ID, one I was confident enough about that I included the bird in my written notes?
I don’t think so.
It would seem that I mostly – or almost exclusively – use the descriptions of song and call to support a difficult identification when I have both seen the bird and heard it vocalize. Of course I am fully aware of their importance in that respect, after all I live in the land of Acrocephalus and Phylloscopus warblers, but I have often wondered if these song descriptions shouldn’t put more emphasis on highlighting these precise differences instead of simply trying to describe a song or call in words.

What do you think?
How important are the call and song descriptions in field guides to you and how heavily or not do you make use of them while out in the field?

Feel free to fire away in the comments section, and next time you’re outside, go get yourself some chiti WEEW wewidoo and say hello from me. 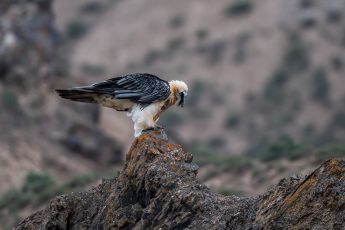 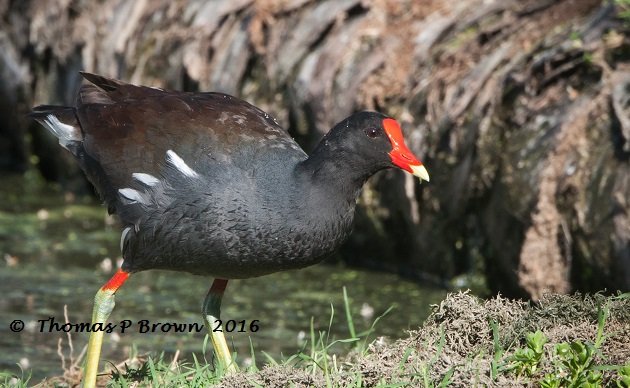