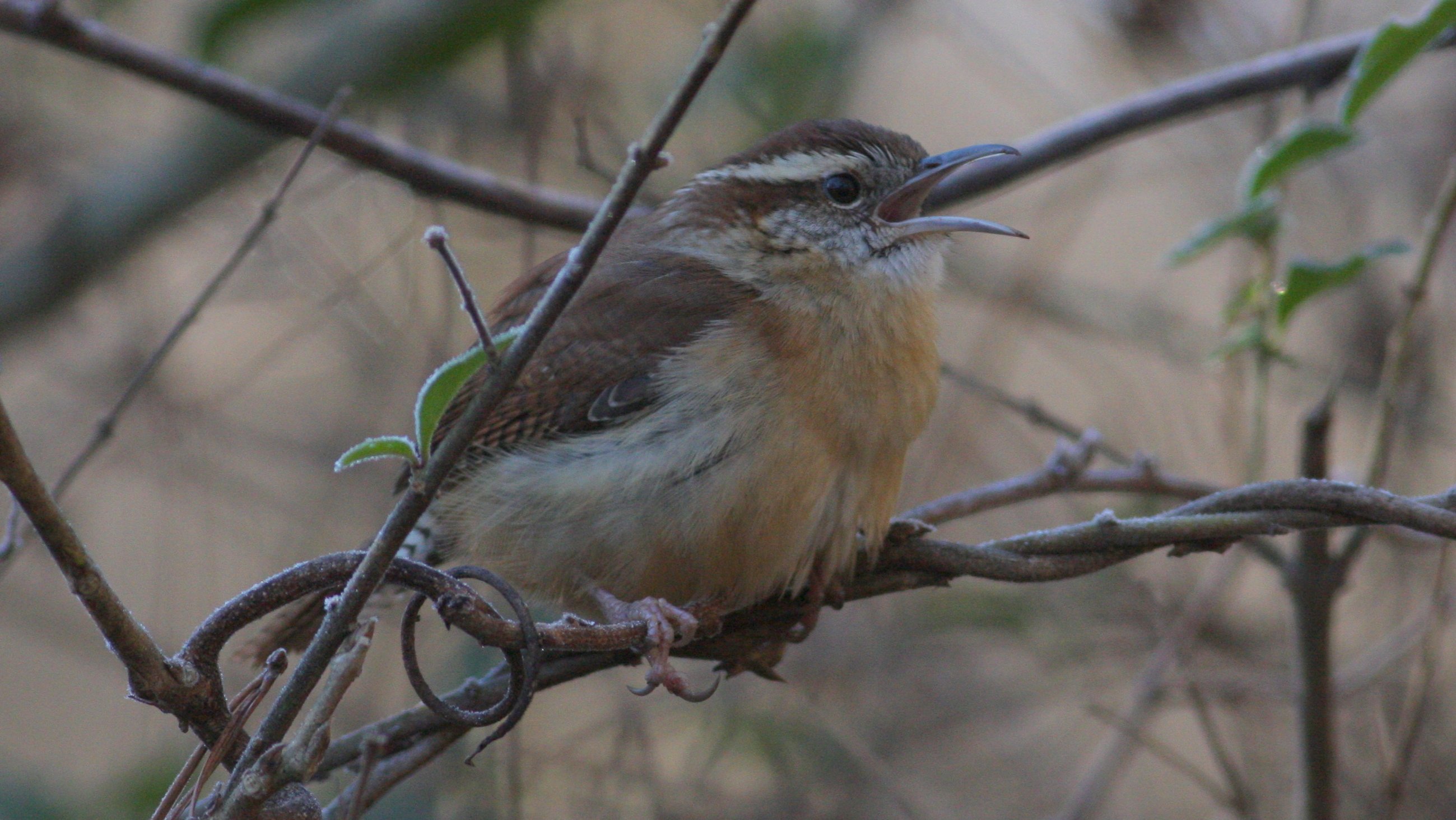 It’s one of the subtle joys of doing Christmas Bird Counts to be assigned the same area over and over again over the years.  To be able to have a profound understanding of a particular patch of ground, to personally witness the changes brought over time.  When I was a young birder in Missouri, my home-town CBC saw me return again and again – with my dad and a core group of other local birders – to the same part of the count circle.  Region 4, north of the city of Springfield, which contained the whole of Fellow’s Lake and the surrounding rural farmland pockmarked with sinkhole ponds and rolling fields.  We soon figured out the place for Barred Owls, for Harris’s Sparrows and Brewer’s Blackbirds and all sorts of semi-rare birds that we were solely responsible for bringing to the count list at the end of the day.  We all knew that area well, and were rewarded for it.

Flash forward to today.  I’m living and birding in North Carolina.  My schedule – as a young semi-professional with a family – is hardly set in stone.  Of the five local count circles I usually do two or three a year, and not always the same two or three.  As such, my count assignments are subject to the vagaries of other people’s schedules.  Which means that I am essentially a CBC mercenary, called in to fill in the areas of those long-time birders who aren’t in town for one reason or another.  While this is hardly an ideal situation, it is somewhat more fun than being assigned year after year to a difficult or heavily urban area.  I do, as it turns out, end up with some productive spots, but I don’t spent enough time at any of them to suss out their secrets.  It’s a trade-off.

This past week I participated in the Falls Lake CBC, the last one scheduled in the area this season.  I sort of jumped in at the last minute, as is my wont, and was rewarded by being handed the Falls Lake Dam area, included a vast section of lake, the spillway, and a long greenway.  The usual counters on this plot of land are my friends Ali Iyoob and Matt Daw, who being college students are out being college students (by that I mean doing an NC Big Year which is what all college students do, right?  It’s been a while since I’ve been in college).

Anyway, long story short, the area needed to be covered and I was available to be cover it.  And that’s how we mercenaries roll. The birding was fairly conventional as winter birder in central NC goes.  I got completely snookered on water birds, shockingly enough, and my early morning lake scanning turned up nothing but a Lesser Scaup, a Horned Grebe, and a handful of Ring-billed Gulls. Even so, I managed nearly 50 species even without many with webbed feet as the landbirds came through.  Efforts for half-hardies reported in this area in the past like Gray Catbird, Common Yellowthroat and Blue-gray Gnatcatcher came to nothing, however. That’s the sort of insider information that a regular birder would be able to draw upon that was missing to me.  It’s the curse of the mercenary.  There’s no advantage of really knowing your CBC patch deeply to be had.

I was more or less please with my day though, but I’m not that picky.  And like every other CBC where I know that this productive morning just scratches the surface of what is possible, I have to be content to leave it behind and look forward to another year in another spot.

There’s no reason to dwell on that which can never be yours.