If there was such a thing as a birder holiday, the peak of spring migration would be the high point on the calendar. We would listen to the spring migration chorus on the radio, have contests to see who could find the first Louisiana Waterthrush, and there would even be cartoons about wood-warblers for the kids. For the adults, maybe there would be intense dramas that feature the perils and triumphs faced  by migrating birds. Fall migration would also be a festive time punctuated by costumed birders and candy corn (an October essential no matter what you do), but one of the most anticipated months would also coincide with non-birding holidays. We are moving through that month as I write this, and thousands of us (perhaps millions?) do indeed look forward to the personal birding holidays known as “Christmas Counts”. Celebrating our holiday by birding from the tower at Finca Luna Nueva.

Although this tradition started in the temperate zone, we also celebrate it in Costa Rica with counts that are more like organized events featuring vendors, talks, sponsors, and, best of all, an awesome birding tee-shirt. Count/events are held at such well known sites as La Selva, Carara, and the Osa, along with lesser known places like the Tempisque flood plain, and the Arenal area. That last site is where Corey, Mike, and I counted birds in 2014, and this year, I did the same. This past Saturday, two good friends, a couple of young birders, a local guide, and myself counted birds along the same route. We also had some of the same rain but at least it wasn’t all day long! A talk about nesting Thicket Antpitta the night before count day.

Some highlights from this year’s Finca Luna Nueva route:

Less rain: Given the terrestrial swimming that we experienced last year, the diminished precipitation merits a second mention. Although it rained all night and in the heart of the morning bird activity, the falling water took a break by 9:00 am. This sort of worked out because we didn’t have to get up as early, enjoyed a wonderful, leisurely breakfast, and still saw a ton of birds. A Nightingale Wren singing in the rain. The Arenal forests are very good for this species.

Great food: “Yum!” is the word at Luna Nueva if you enjoy delicious, organic cuisine, much of which is produced on the farm. This might not sound like a highlight that deserves attention but when you have to slog through tropical mud, humidity, and wonder if the binoculars truly are fogproof, it really is a major bonus.

White-fronted Nunbirds: These coral-beaked rainforest birds are always a highlight when birding in Costa Rica. Formerly common, their present scarcity in the country is a reminder of what happens to biodiversity when spectacular rainforest is replaced with cattle pasture. The fact that one or two families of nunbirds still occur at Luna Nueva is testament to the quality of the rainforest at this site. Reforest and they will eventually come back elsewhere. 140 other species: Despite the lack of a dawn chorus and rained out nocturnal birding, we still managed to identify 140 plus species. None of those were waterbirds either! We had three trogon species, several wrens, several antbirds including Ocellated, Spotted, and Bicolored, Uniform Crake (heard only), Bicolored Hawk, King Vulture, Green Thorntail, White-tipped Sicklebill and several other hummingbird species, three toucan species, and the list goes on for one heck of a birdy day. The Bicolored Hawk we saw on the road between Luna Nueva and the Soltis Center.

The Texas A and M Soltis Center: I was very pleased that we could once again bird this excellent site. This research station protects a large area of intact foothill rainforest connected to the bigger Arenal-Monteverde forest block. This means that just about anything could show up, maybe even mega rarities like Great Jacamar, Rufous-vented Ground-Cuckoo, and Tawny-faced Quail along with other super good birds like Bare-necked Umbrellabird and Lovely Cotinga. Although a few hours of birding wasn’t enough to find those megas, we still connected with various tanagers, antbirds, and other forest species. We had this Black Hawk-Eagle there the day after the count.

Finca Luna Nueva: It’s off the regular birding track and that’s a shame because this organic farm is filled with birds and has a comfortable ecolodge. The farm/ecolodge features organic, biodynamic orchards that act as habitat for everything from migrant wood-warblers to exotic Great Curassows, and primary rainforest where the nunbirds and other forest-based species live. The owners also recently purchased land to improve the connection between the habitats on the farm and the rainforests of the Arenal-Monteverde block. A recent sighting of a Jaguar shows that the corridor seems to already be working. As always, it was a pleasure to do some serious non-stop birding with good friends on the very birdy grounds of Luna Nueva and nearby. I can’t think of a better way to end another year of birding in Costa Rica. 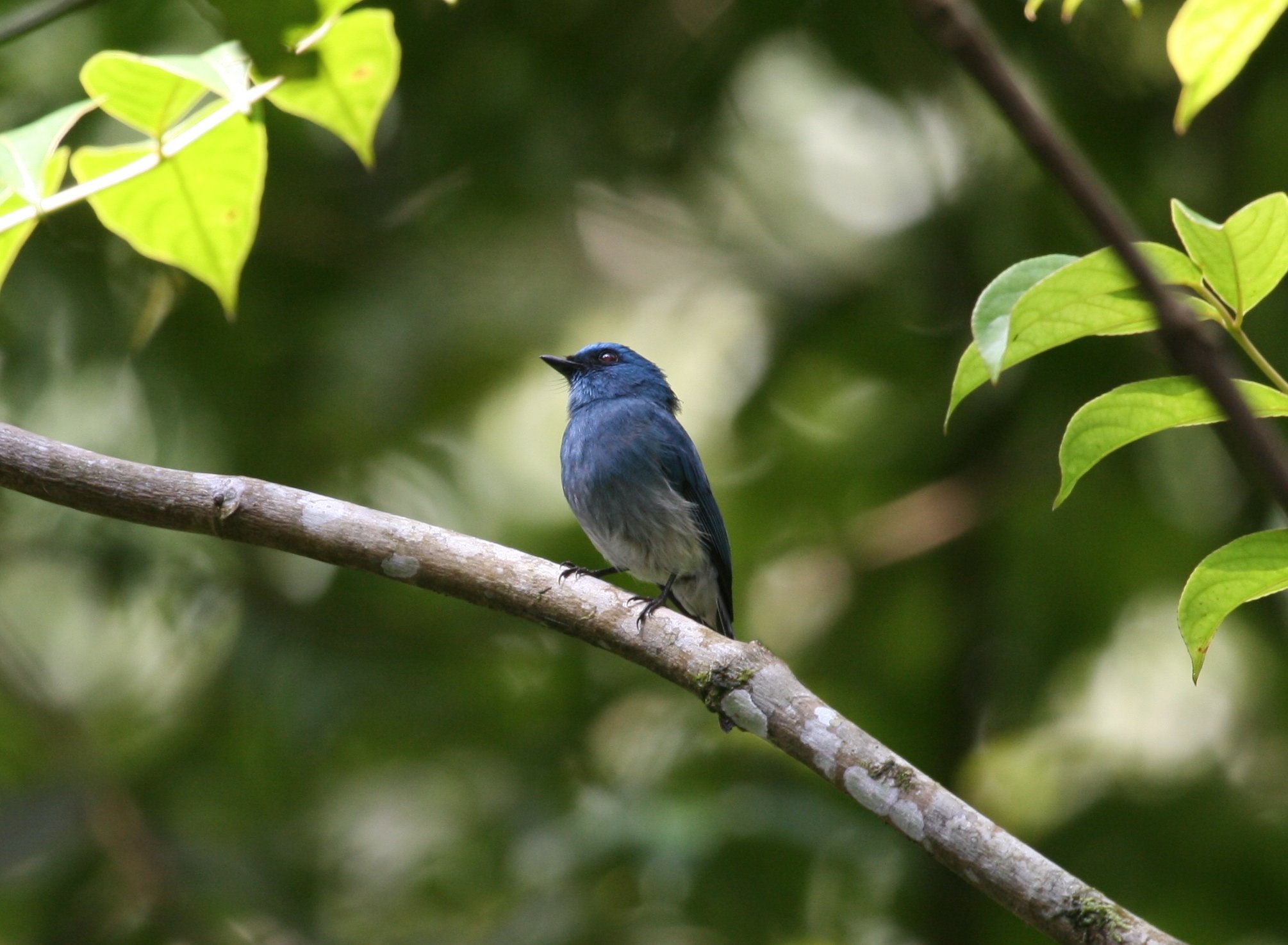